With Shane Warne calling for his immediate inclusion into the Australian Test side, Marcus Stoinis has allayed concerns about the seriousness of his ankle injury, while declaring he remains intent on representing Australia in all three formats.

Stoinis, 29, is a white-ball regular for Australia, however the case for the all-rounder to be handed a baggy green has been bolstered by knocks of 81 and 85 in his two most recent Sheffield Shield games for Western Australia, across which he has also taken four wickets with his medium pace. Stoinis’ rearguard for the Warriors on Monday at the MCG against Victoria helped save the game for his side. It bore a stark contrast to the showing of his WA captain Mitchell Marsh, who made 21 and 11 and took 1-102 having been dropped from the Australian Test XI. 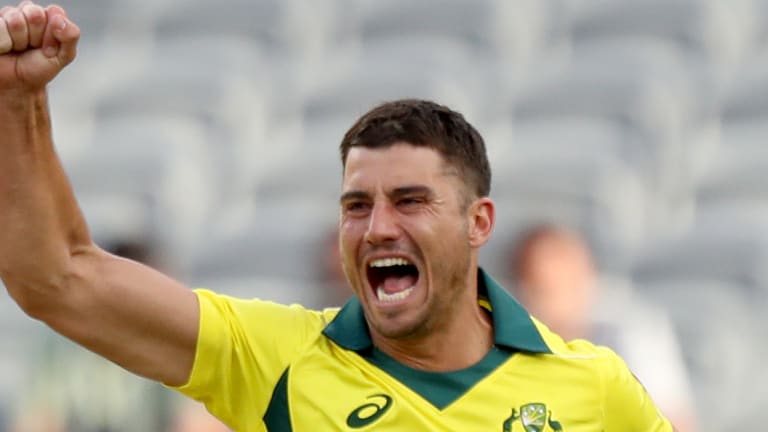 Marcus Stoinis has been in form with the bat for Western Australia.Credit:AAP

Australia will carry the same squad into the second Test, which begins in Perth on Friday, meaning Marsh is a chance to be recalled, with Stoinis needing to bide his time, instead joining the Melbourne Stars on Tuesday ahead of the upcoming Big Bash League season.

That was despite Australian cricket great Warne calling for Stoinis to be hurried into the Australian Test XI, even though the all-rounder’s red-ball record is only modest.

Complicating Stoinis’ potential Test claims is ligament damage to his ankle sustained during the warm-up on day two of the recent Shield game.

However Stoinis was upbeat when discussing his fitness.

“I’m not expecting it to stop me from bowling [any more]. It feels like a mosquito bite.”

Still dealing with the death of his father Chris last year, Stoinis said that while he wanted to play Test cricket, his main goal is simply to enjoy playing.

“I want to be playing in all formats of the game. Then again, the way I played the other day was on the attacking side of a game we were trying to draw,” he said.

“But that’s the way I feel I want to express myself, enjoy my cricket, and also give me the best chance to bat for long periods of time.”

Warne tweeted that he “would be very disappointed if Marcus Stoinis doesn’t play the next Test in Perth." 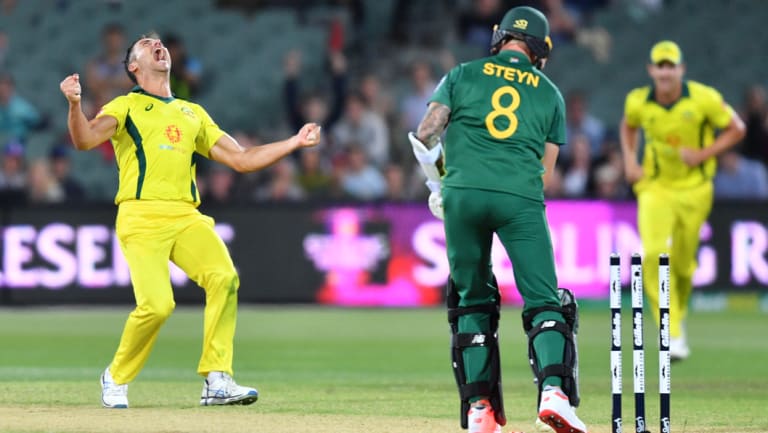 "[Australia] need the extra bowler and all-round skills of Stoinis plus the energy & swagger he brings to the table – this would rub [off] on the team," Warne added.

The Stars will name their new captain on Wednesday ahead of their first game against Sydney Thunder in Canberra on Decmeber 21. Peter Handscomb, Glenn Maxwell and Stoinis are the popular tips to be skipper, although all three are likely to float in and out of the BBL because of international duties, meaning the leadership is expected to be shared across the tournament.

Stoinis is one of several injury headaches for the Stars. Batsman Nic Maddinson was part of the team photo at the MCG on Tuesday but is expected to miss much of the tournament after breaking his arm in the Shield on Sunday.

In-form NSW opener Nick Larkin is being looked at by the Stars as a possible replacement player, while Victorian Will Pucovski is also an option if he feels up to playing the intense tournament on the back of a challenging few weeks in which he has battled mental health issues. 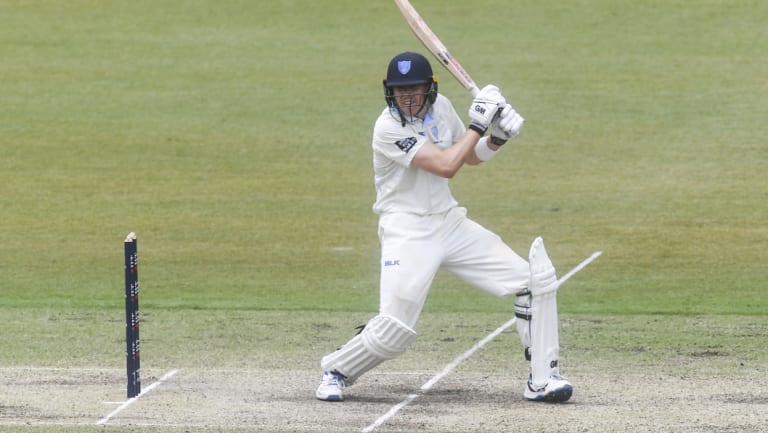 Wicketkeeper-batsman Brayden Stepien, who has impressed with Carlton in Premier Cricket, is another being looked at by the Stars as a potential replacement.

Daniel Worrall (back) is also being monitored, while Ben Dunk is set to take the gloves at the start of the tournament, with Seb Gotch (finger) sidelined for around a month.

Meanwhile the Melbourne Renegades are set to trial veteran seamer Andrew Fekete, South Australian paceman Luke Robins, SA batsman Kelvin Smith, and Victorian wicketkeeper Sam Harper in practice matches against the Stars this week as Melbourne's red side braces for the likely absence of Aaron Finch, Marcus Harris and Chris Tremain to international commitments during the tournament. Will Sutherland could also be replaced as he continues his recovery from a back injury.