STIPE MIOCIC confirmed his place as the UFC's greatest heavyweight of all time and sent Daniel Cormier into retirement – all in the space of five rounds.

Miocic retained his title after emerging victorious on the cards in the rubber match with DC. 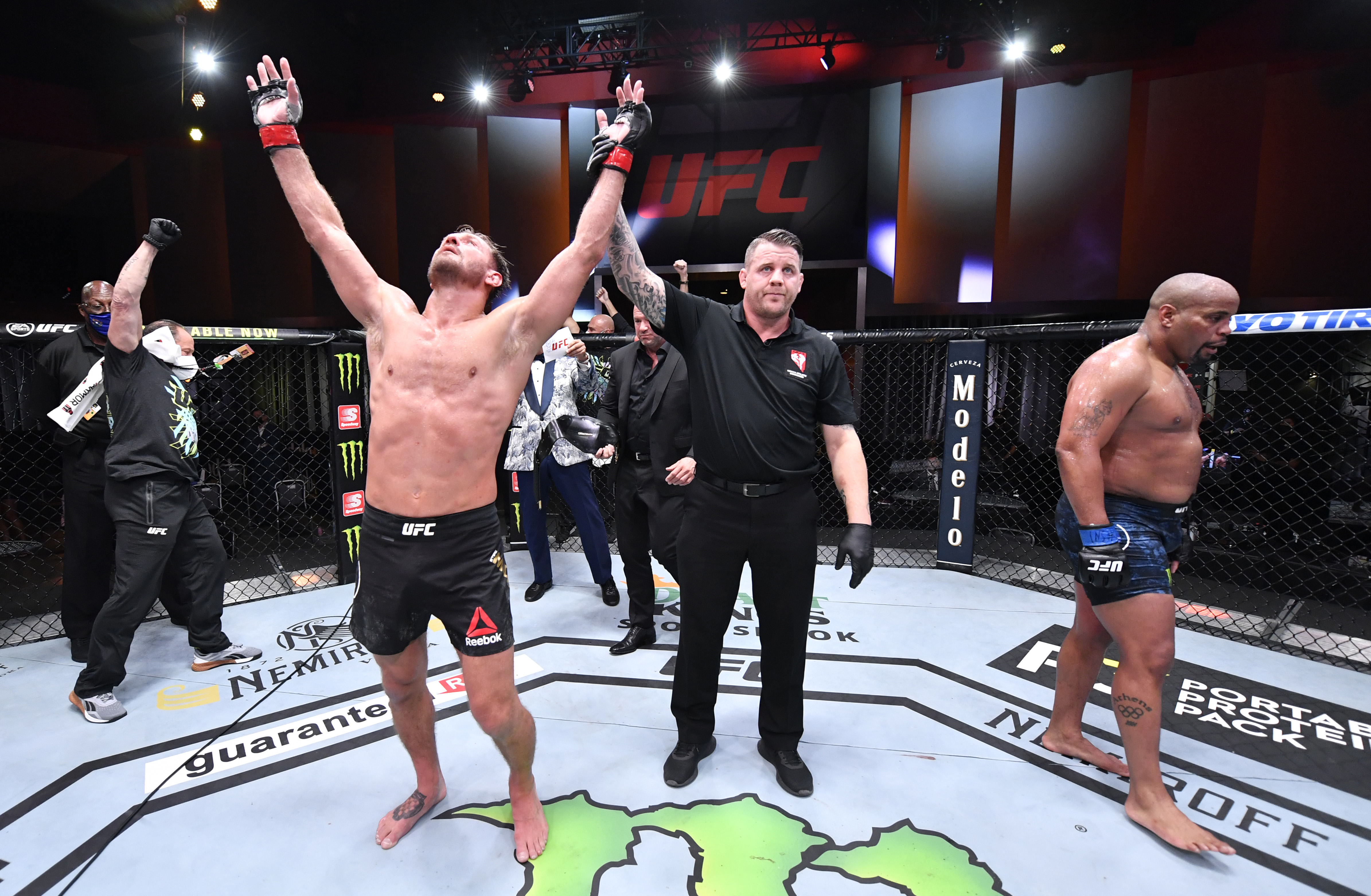 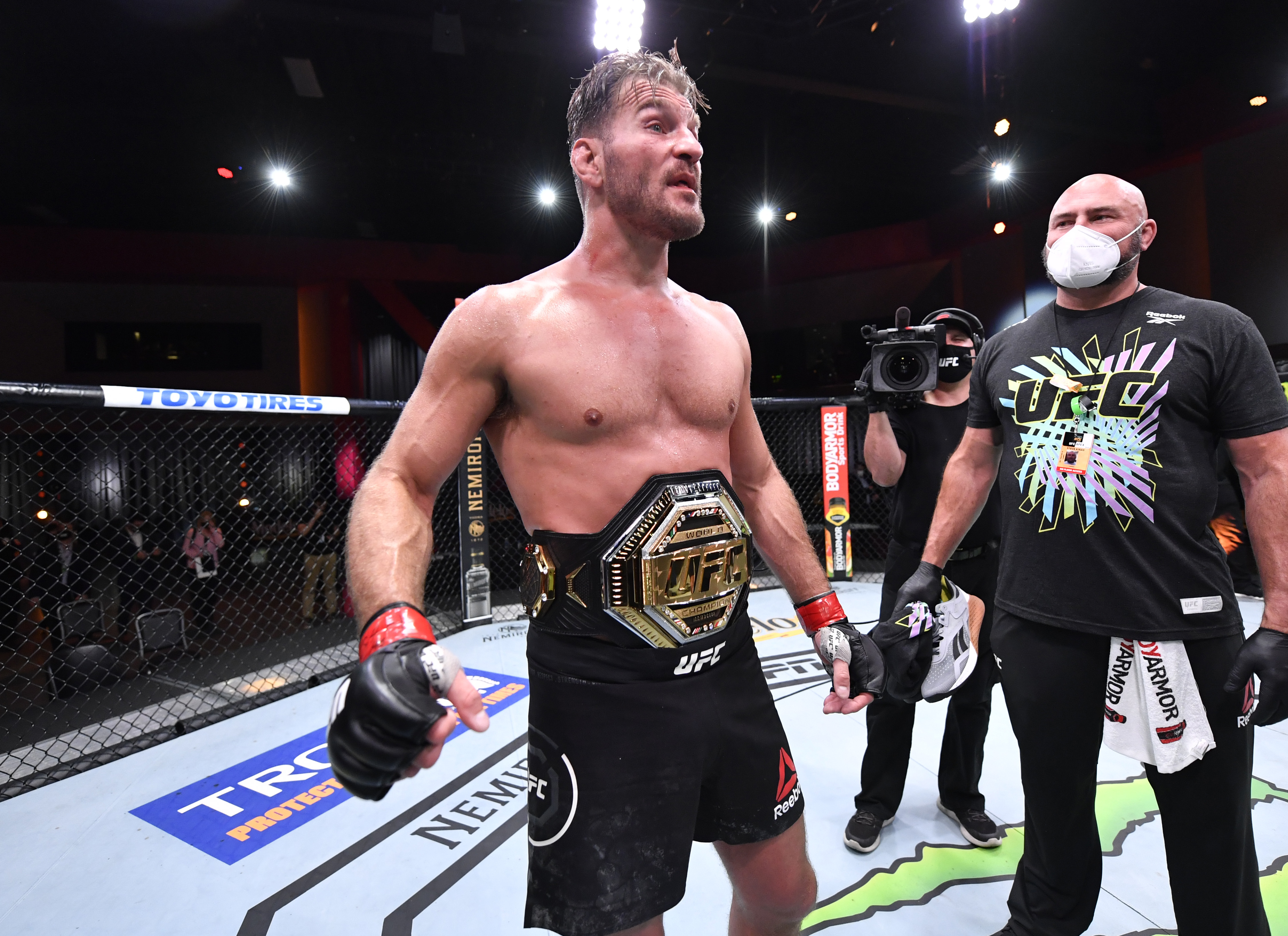 After the win, he said: "He's a hell of a fighter, I wish him nothing but the best."

Miocic started the opening round a lot more efficiently than in the first two, but Cormier landed the heavier shots.

Having fallen victim to 15 body shots in the round he was KO'd in last year, DC was aware to cover his torso.

But it opened up windows of opportunity for Miocic to land up high.

Still Cormier had the champion wobbled just before the end of round one, with the same short right hook that won him the belt in 2018.

In the second Miocic prioritised keeping the fight on the outside and long, occasionally committing with strikes coming forward.

DC landed quick jabs and was evidently setting up the right behind it, but just failed to find home. 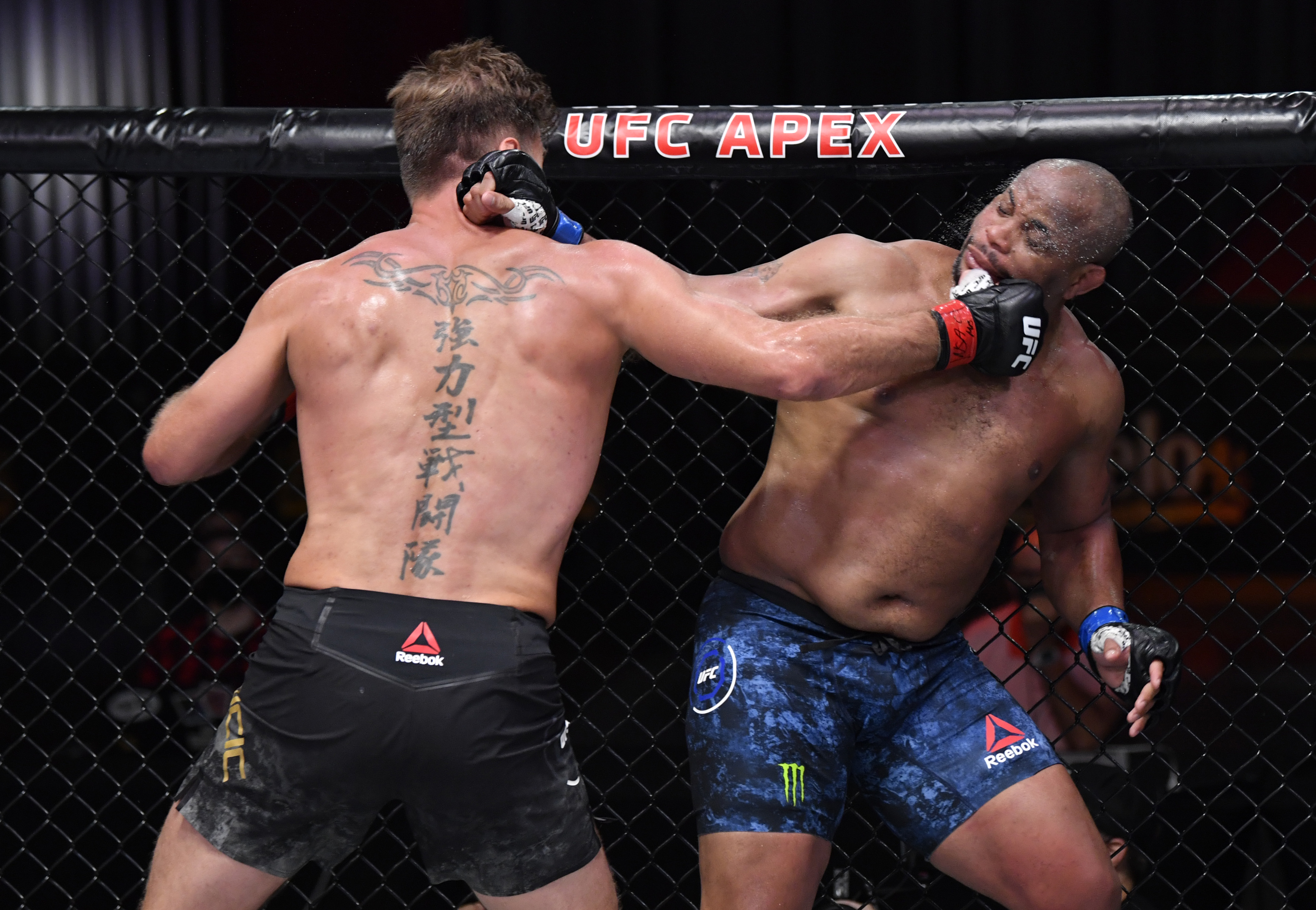 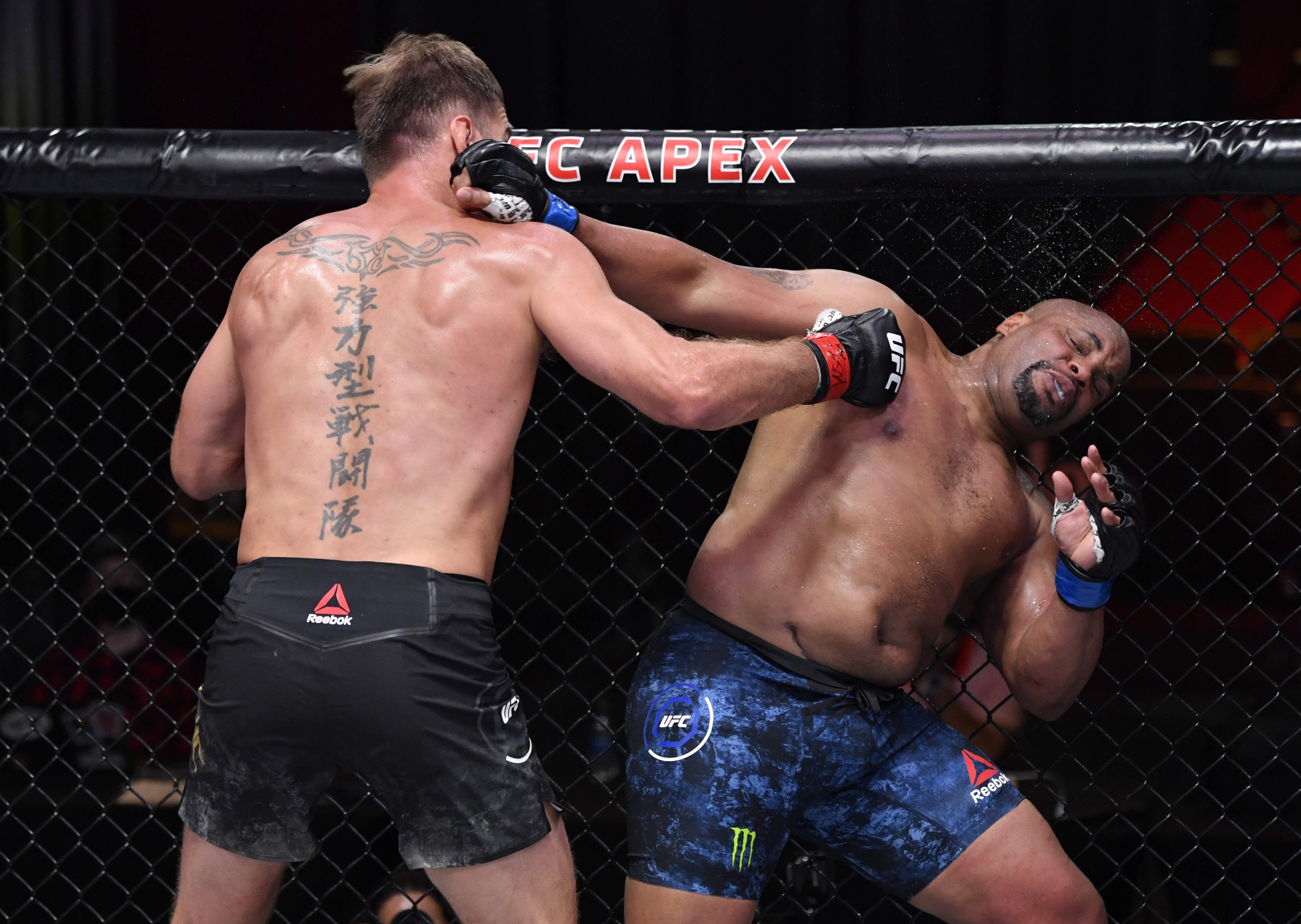 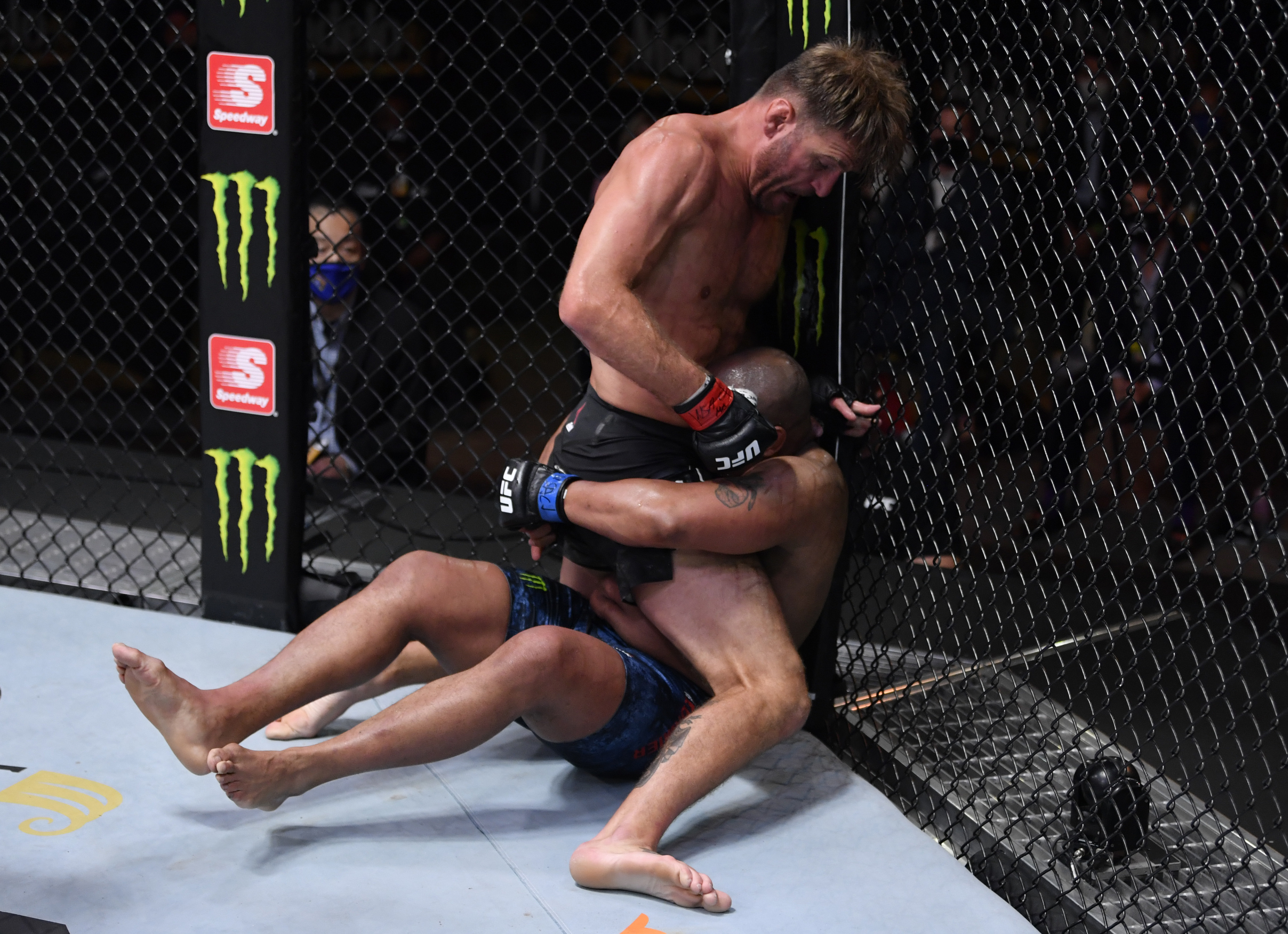 Miocic made a breakthrough at the end of round two as he chased down the challenger in the southpaw stance and after a string of left hooks, dropped Cormier.

DC managed to survive the round bu stumbled back to his corner.

Cormier, a 2008 Olympic wrestler, came out in the third on the back foot as Miocic sensed he was there for the taking.

The pair brawled on the inside, both swinging hayemakers, before a clinch allowed them a moment of breathing space.

Again Cormier was left wobbled at the end of the round following a straight right from Miocic but replays revealed an eye-poke left him struggling to see.

His eyesight still looked affected as he came out for the fourth and was beginning to be outboxed as the champion's right hand found home.

Heading into the fifth and final round neither appeared willing to take their foot off the gas and both landed clean and heavy punches, highlighting how evenly matched up the heavyweight legend were.

Having gone to the judges cards for the first time in their series, Miocic took the unanimous decision, with Cormier then confirming his retirement. 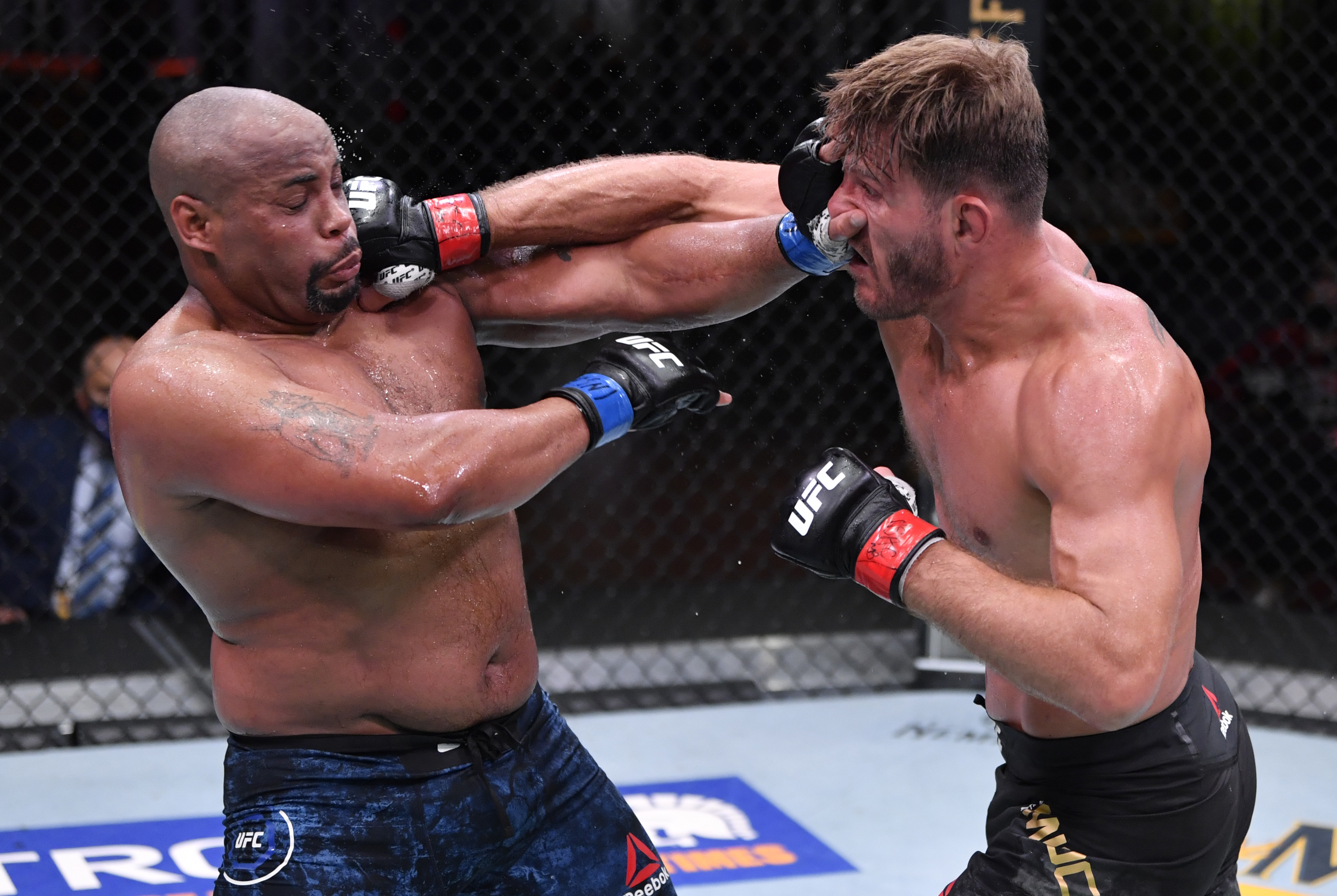