ST MIRREN boss Jim Goodwin was sent off for CELEBRATING his side's late winner against Rangers in the Betfred Cup.

Conor McCarthy scored a dramatic stoppage time winner to seal the 3-2 victory for the Buddies. 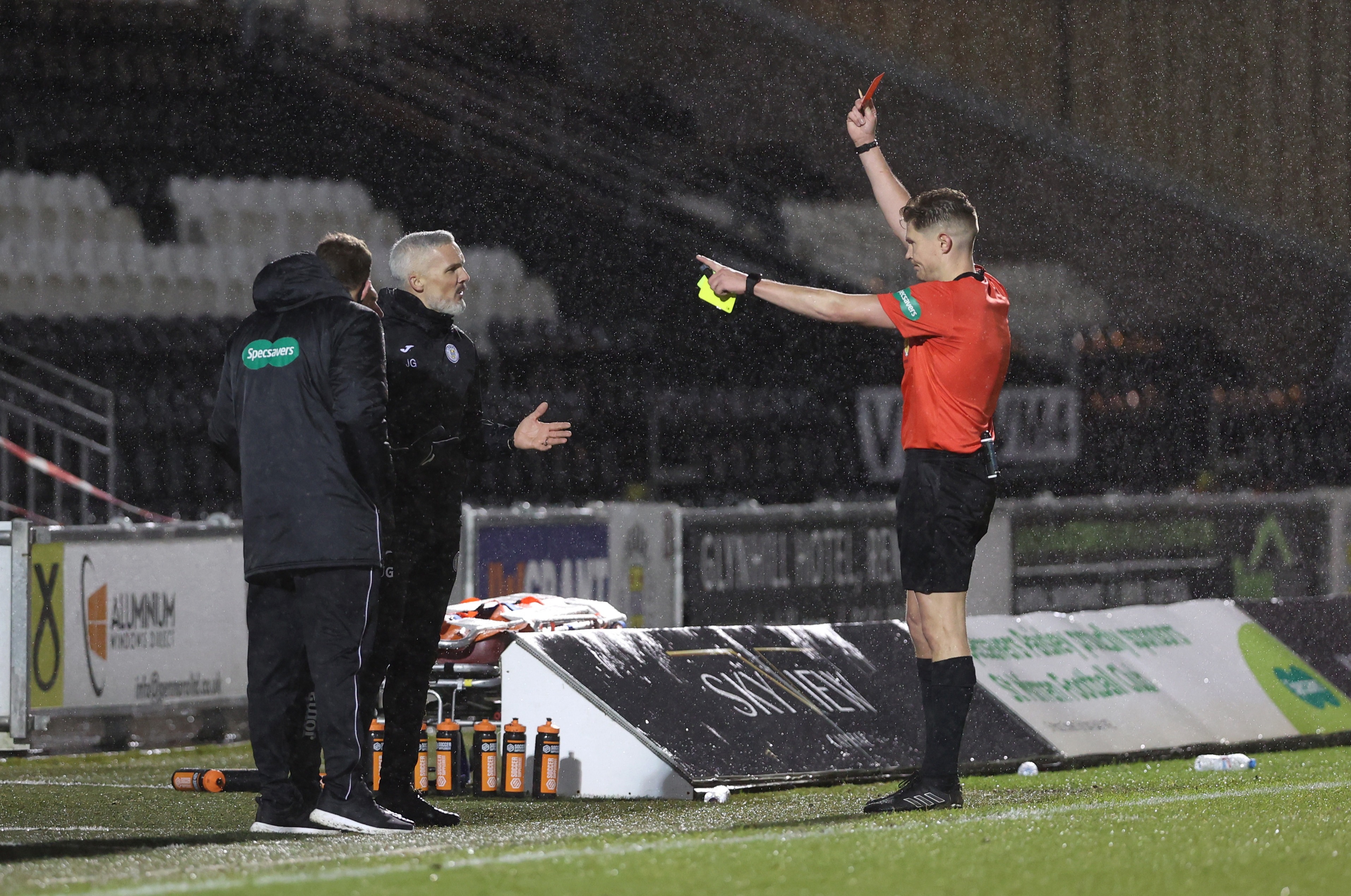 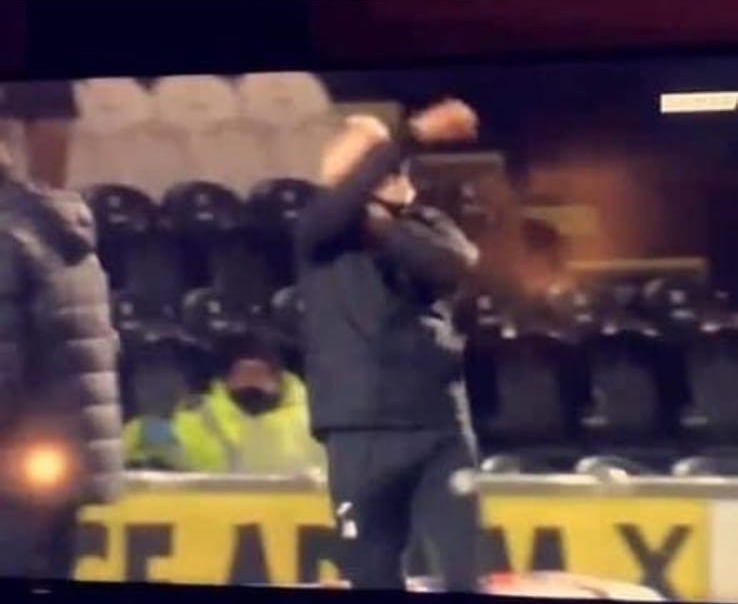 And it ensured the Paisley side were the first to inflict defeat on the Gers in all competitions this season.

However, Goodwin was sent to the stands by referee David Dickinson amid the celebrations for the goal.

And speaking on Premier Sports after full-time, the St Mirren boss insisted he was shown red for celebrating.

He said: "It's the first time in my managerial career that I've been a shown a red card.

"I don't mind being shown a red card for being frustrated but I've been sent off for celebrating, and it's really, really disappointing.

"It has kind of put a little bit of a dampener on things but I'll try not to let it affect me too much now.

"We'll enjoy this moment and we'll talk about that tomorrow."

St Mirren were considered to be the underdogs going into the Betfred Cup quarter-final clash with Rangers.

Steven Gerrard's man were quick to establish their dominance on the game and took the lead after just seven minutes.

After picking up the ball, Connor Goldson took it past several defenders before firing home.

The Buddies gradually started to play their way back into the game however and were rewarded with a penalty shortly before half-time.

Jamie McGrath calmly converted it to bring the score level, before firing St Mirren ahead less than 10 minutes into the second half.

Rangers thought they were heading for extra-time when Steven Davis equalised with just minutes to go before the end of regulation time.

However, McCarthy was ultimately able to seal the victory for the home side with his late winner and book their place in the Betfred Cup semi-final.

Goodwin admitted it'll take a while for the result to fully settle in for him.

He said: "It'll take a few hours for that one to sink in. Conceding the equaliser so late in the game when we've put so much into it, you fear the worst.

"But for the boys to just keep going the way they did and to score in the manner that we did was fantastic. It was a real monumental effort from everyone." 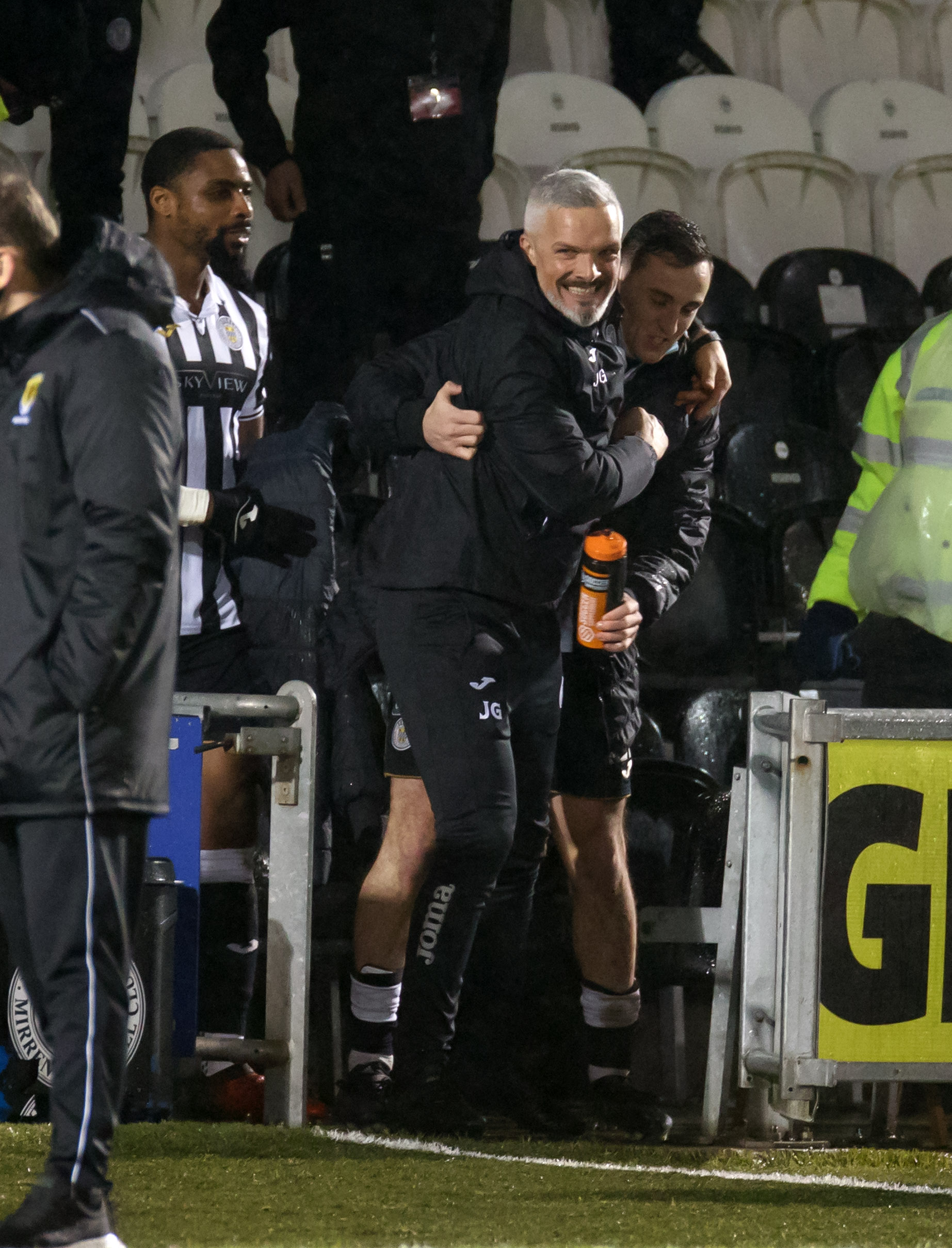