STEVEN GERRARD knew Scotland had an issue with bigotry when he took over as Rangers manager.

But the Ibrox boss confessed that he wasn’t quite prepared for the sheer scale of the problem. 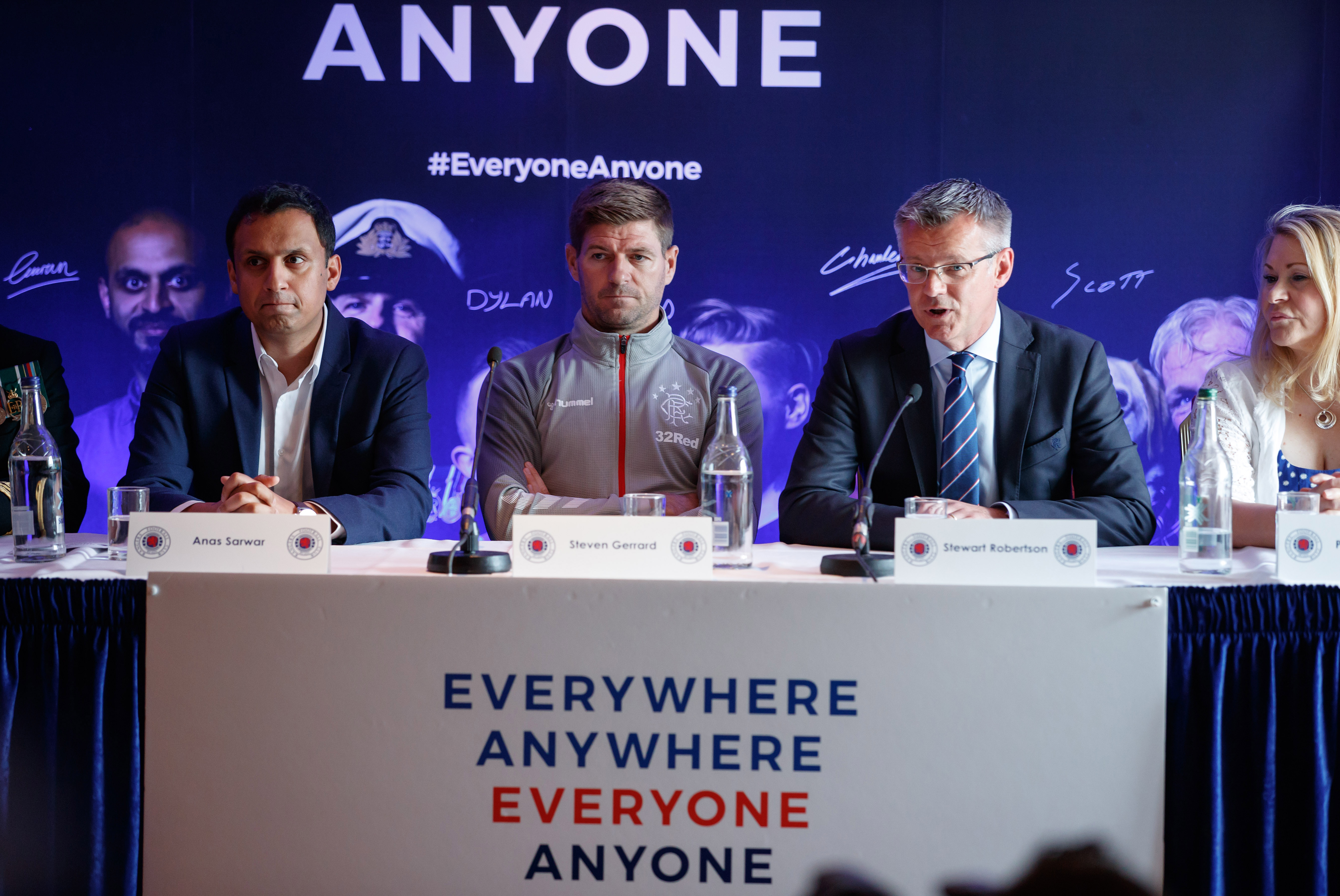 In his year at the helm, Gerrard has pulled no punches when dealing with shameful chanting.

He has repeatedly urged Rangers supporters to ditch the sectarian songs of hate.

For his pleas to again fall on deaf ears has understandably irked the Liverpool legend.

Gerrard was less than impressed after learning Uefa had clobbered his club for offensive and racist behaviour during the home Europa League game with Gibraltar minnows St Joseph’s last month.

The club have been ordered to close part of Ibrox for the second leg of their sold-out play-off clash with Legia Warsaw this Thursday night.

At least 3,000 fans will have their tickets taken back, leaving Gerrard furious at a minority of his own supporters for jeopardising Gers’ hopes of qualifying.

Gerrard said: “I was obviously aware of the rivalry and the religion and the politics around it.

“But I didn’t realise how strong it was — I don’t think that you do until you actually come here and are involved in it.

“I hoped it was the turning point last time that I addressed these questions. You’d hope so.

“You hope that people see sense and realise that it’s not helping the team.

“And if they are real supporters, which I’m sure they say they are, then they need to realise pretty quickly that it will be the team and the club — their own club — that suffers. No-one else.

“They’re gaining absolutely nothing from this type of behaviour.”

Gers’ punishment comes just weeks after they launched their “Everyone, Anyone” initiative aimed at promoting diversity and encouraging tolerance.

Gerrard has been at the forefront of that campaign and feels that a minority of fans have made him look foolish.

He added: “We need Ibrox to be as noisy and hostile as it can. You saw the advantage Legia had with their atmosphere.

“To have a chunk of our support missing next week is hugely disappointing.

“We’ve been here before, when I’ve been asked questions about fan behaviour.

“I sat in a press conference ten days or two weeks ago, all about what the club were doing to address behaviour on the terraces. Everyone is working as hard as they can to promote that.

“Unfortunately, a minority is letting that down.

"The campaign is a fantastic thing for the club to do. 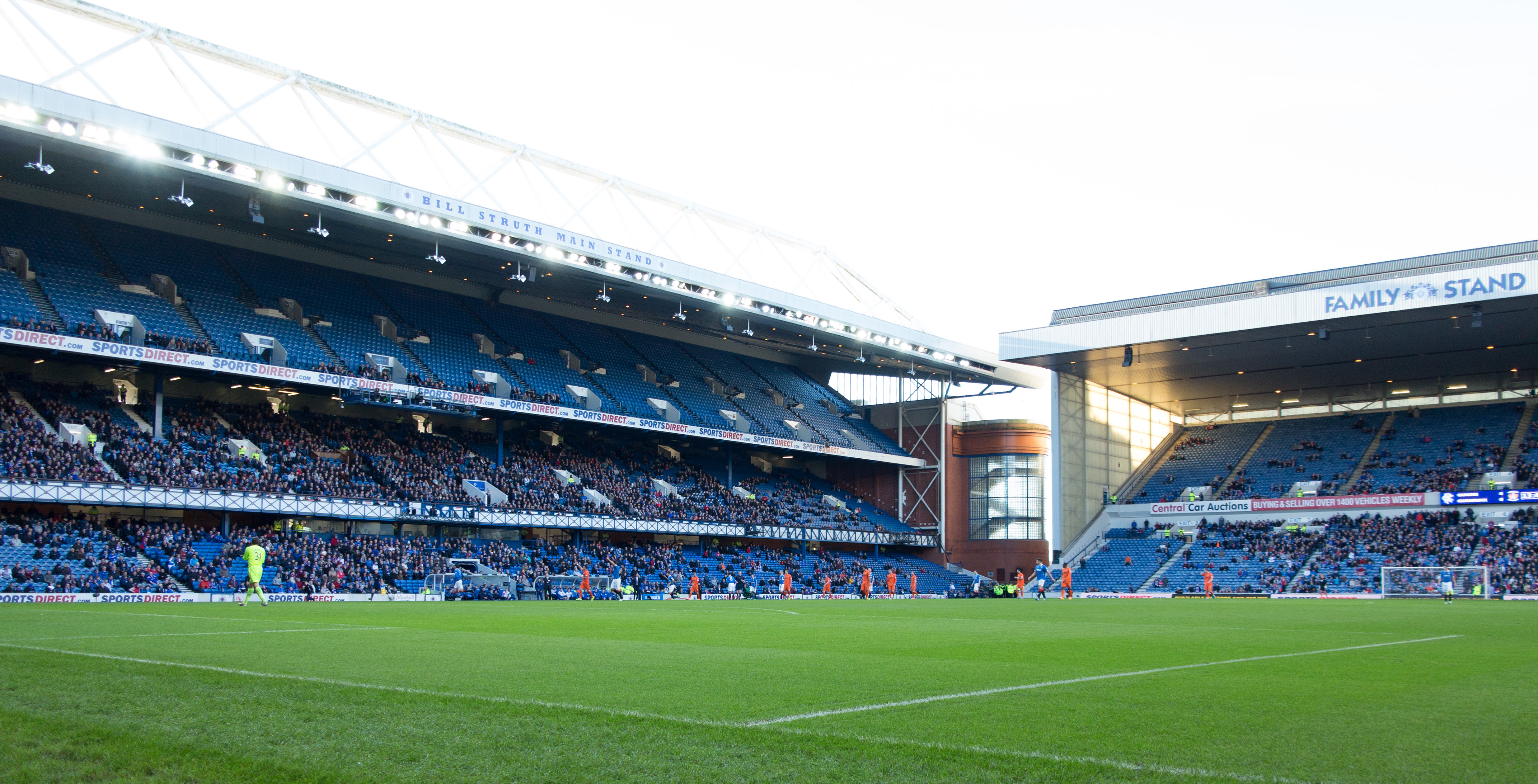 “That’s not just an idea that someone has come up with overnight. A lot of hard work has gone into that campaign.

“All the players back it and I certainly back it as the manager. So to have something like this so close to the launch of that campaign is disappointing.” With the Legia tie perfectly poised at 0-0 from the first leg, Gerrard is worried the fans who will miss out are the ones who could make all the difference.

He said: “We need every little bit of help we can get — and 3,000 people can make an awful lot of noise.

“You know and I know that when Ibrox is full and is rocking, it’s a difficult place for a team to come and get the right result.

“If you keep taking chunks of that away, it gives the opposition an advantage, so we’re gaining absolutely nothing from these chants and this behaviour.

“Again, I ask and plead for the fans to behave properly when they come and support the team.

“It’s frustrating because they’re spoiling it for innocent people who pay good money to go and follow the team.

“I don’t know how many people are involved in this but I guarantee it won’t be 3,000.

“But, unfortunately, 3,000 people have to miss out on what looks like is going to be a hell of a football match to go and support your team.

“I’m sure that a lot of supporters will be desperate to get tickets for that match but, unfortunately, some of them can’t go now.”