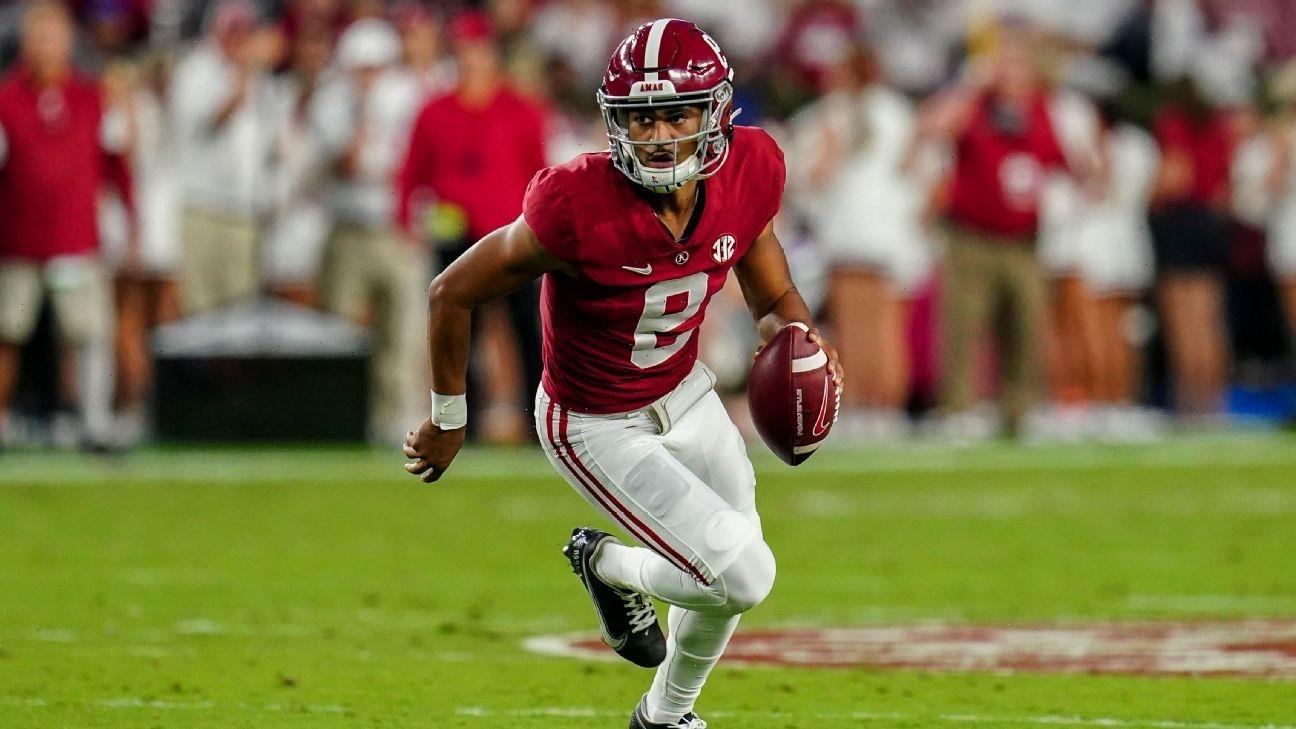 “Stanford Steve” Coughlin and Chris “The Bear” Fallica cover the college football season as only they can, offering their top picks, betting nuggets and totals worth wagering on.

Note: All lines are from Caesars Sportsbook.

Stanford Steve: Don’t you think Nick Saban will have all the clips and articles of people saying that his team doesn’t deserve to be ranked No. 2 in the 1st edition of the College Football Rankings hanging where his players can see as they walk around the facility from now until Saturday. Because I can see him doing those types of things to try and do anything to keep his team motivated as they come in as four-touchdown favorites. Their offense is relentless, averaging 323 yards through the air and 171 on the ground, and will not stop moving the ball on LSU. Plus, I think the defense plays better in front of their home crowd. We’ll take the home team and lay the points.