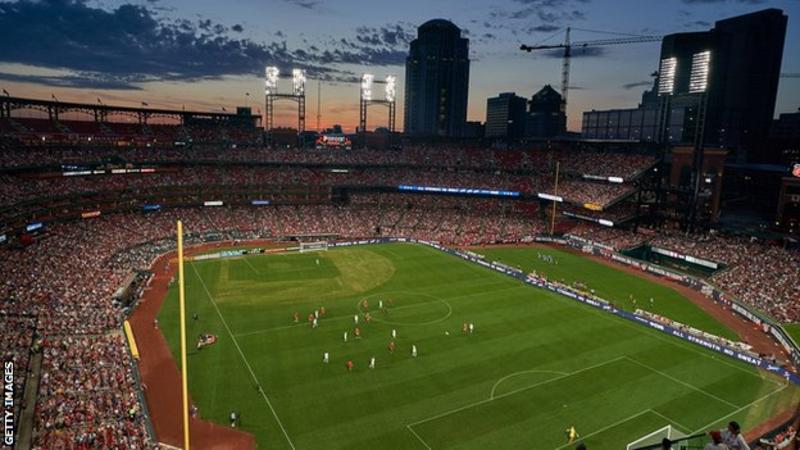 St Louis will join Major League Soccer in 2022 and become MLS’ first club to have a female-led ownership group.

The league currently has 24 teams but has announced plans to expand to 30 – David Beckham’s Inter Miami CF and Nashville join next season, Austin FC in 2021 and St Louis a year later.

“It is a market we have considered since the league’s inception. It is with great pride we welcome St Louis.”

“Our MLS team and stadium will only add to St Louis’ renaissance currently underway and will provide us with a great opportunity to bring together many different segments of the community, uniting people in their love for the game.”

The league, which operates East and West Conferences, announced its plan to expand to 30 teams in April. The 29th franchise will pay the same entry fee as St Louis, with the entry requirements for the final place yet to be announced.