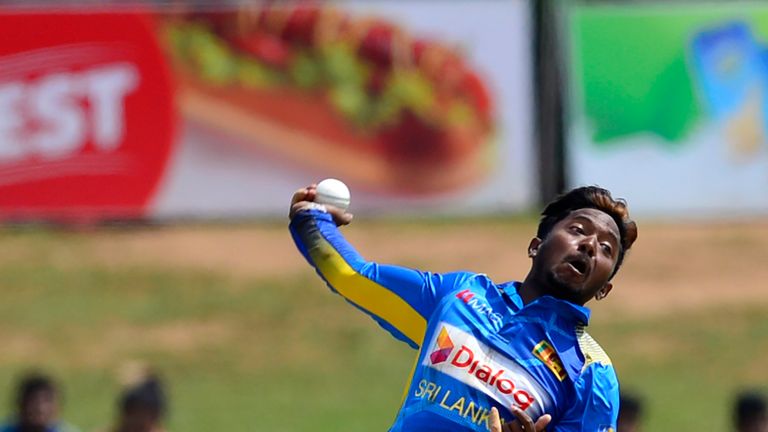 Sri Lanka bowler Akila Dananjaya has been banned from bowling in international cricket with immediate effect because of an illegal action, the International
Cricket Council has announced.

Dananjaya’s action was reported during the first Test against England in Galle and he was later sent to Brisbane, where an assessment on his bowling was undertaken.

He bowled 38.5 overs in England’s 211-run win in Galle, taking two for 183, and drew the attention of umpires Chris Gaffaney and Marais Erasmus.

They cited concerns about the legality of the 25-year-old’s bowling action, a report from the International Cricket Council said.

Dananjaya took 10 wickets in the first two matches of the series, which England won 3-0, before being replaced for the third and final Test by Nishan Peiris.

Dananjaya, who has played five Tests for Sri Lanka since making his debut against Bangladesh in February, must now modify his action before applying for further testing and possible reinstatement.