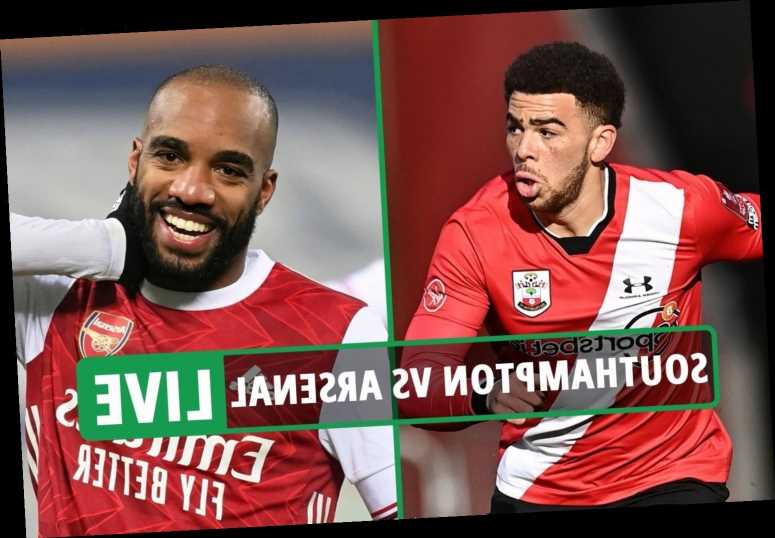 SOUTHAMPTON welcome Arsenal for the second time in three days as the Gunners head back to the scene of their FA Cup defeat.

The Saints overcame the visitors 1-0 in the fourth round of the competition on Saturday, but Mikel Arteta is likely to bring back a number of his big guns for the game tonight.

Southampton have problems with a host of players including Moussa Djenepo, Michael Obafemi, Nathan Redmond, Will Smallbone, Nathan Tella and Jannik Vestergaard.

Oriel Romeu and Mo Salisu are both questionable.

For Arsenal Pablo Mari is out with a calf problem, while Pierre-Emerick Aubameyang is ruled out due to personal reasons.

Follow ALL the latest with our live blog below…