OLE GUNNAR SOLKSJAER was a proud dad tonight as his son made his professional debut – even if it was against him.

Noah came on as a second-half substitute for Norwegian side Kristiansund in their 1-0 defeat to Manchester United. 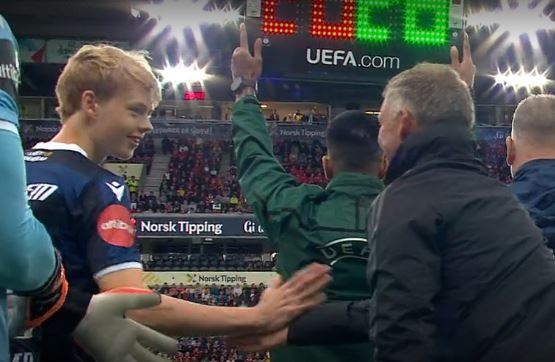 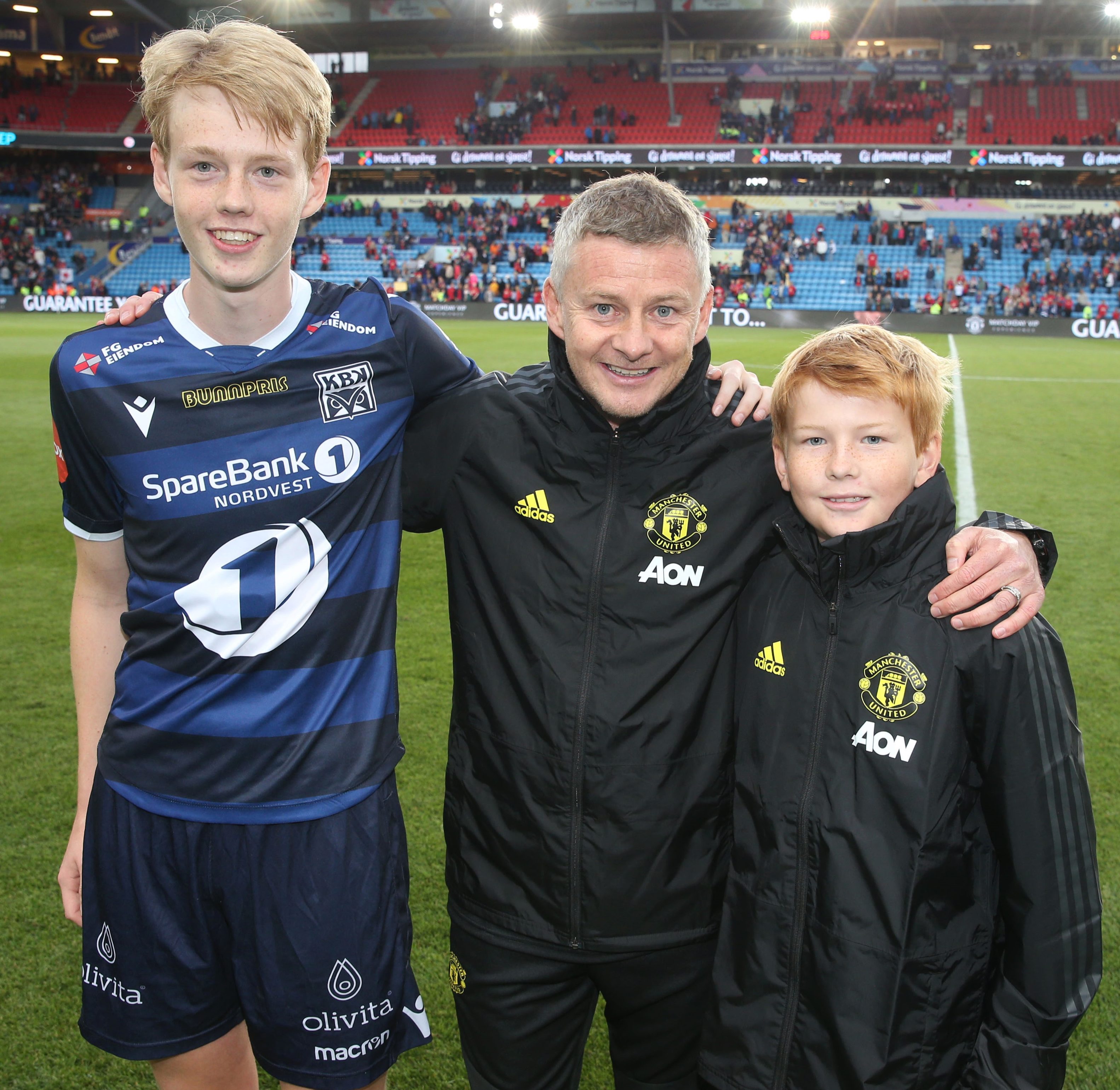 And there was a tender moment on the sidelines as the 19-year-old prepared to enter the field of play.

Dad, who had his other son Elia in the dugout with him, came out and patted his lad on the back.

But the teen didn't have too much time to impress as he entered in the 85th minute.

In the end it was Juan Mata who proved the hero as he won, and then scored a penalty in the 90th minute.

Speaking about his son's special night, Ole said: “Of course Noah makes his debut for them in front of 28,000, it’s not very often a Norwegian does.

"And Elia next to me enjoyed it and that’s what it’s about when you come back here.

"Their players have been in our dressing room, changed shirts, swapped shirts, taken pictures, they’ve been absolutely outstanding our boys, they’re a joy to see now.

"The group, the camaraderie is good, atmosphere is really good so hopefully we’ll get that into results when the league starts.”

Speaking before the game, he said: "While his father was more effective the closer he came to the box, Noah is more the one who sets up the attacks.

"He has lots of skills and football understanding – Noah has gone to a good school.

"He and several of these youngsters have been with us for a while.

"We knew they were good football players, but what is fun is that we see that they are taking the level more and more.

"It's great for them and fun for us to see them grow well."

Noah started out playing up front, but as he grew older he moved further back into the midfield.

He is now regarded as a deep lying midfielder bringing others into the game with his passing and creativity.

And the youngster admits the player he tried to base his game on is someone close to his dad – United coach Michael Carrick.

He said: "I have a small role model in Michael Carrick.

"In the beginning I started up front, but the longer it has gone on I have gone further back in the side.

"I'm now more of a number six in midfield than a number 10.

"It would be nice to get in the game. After seeing such big games, I've got used to it." 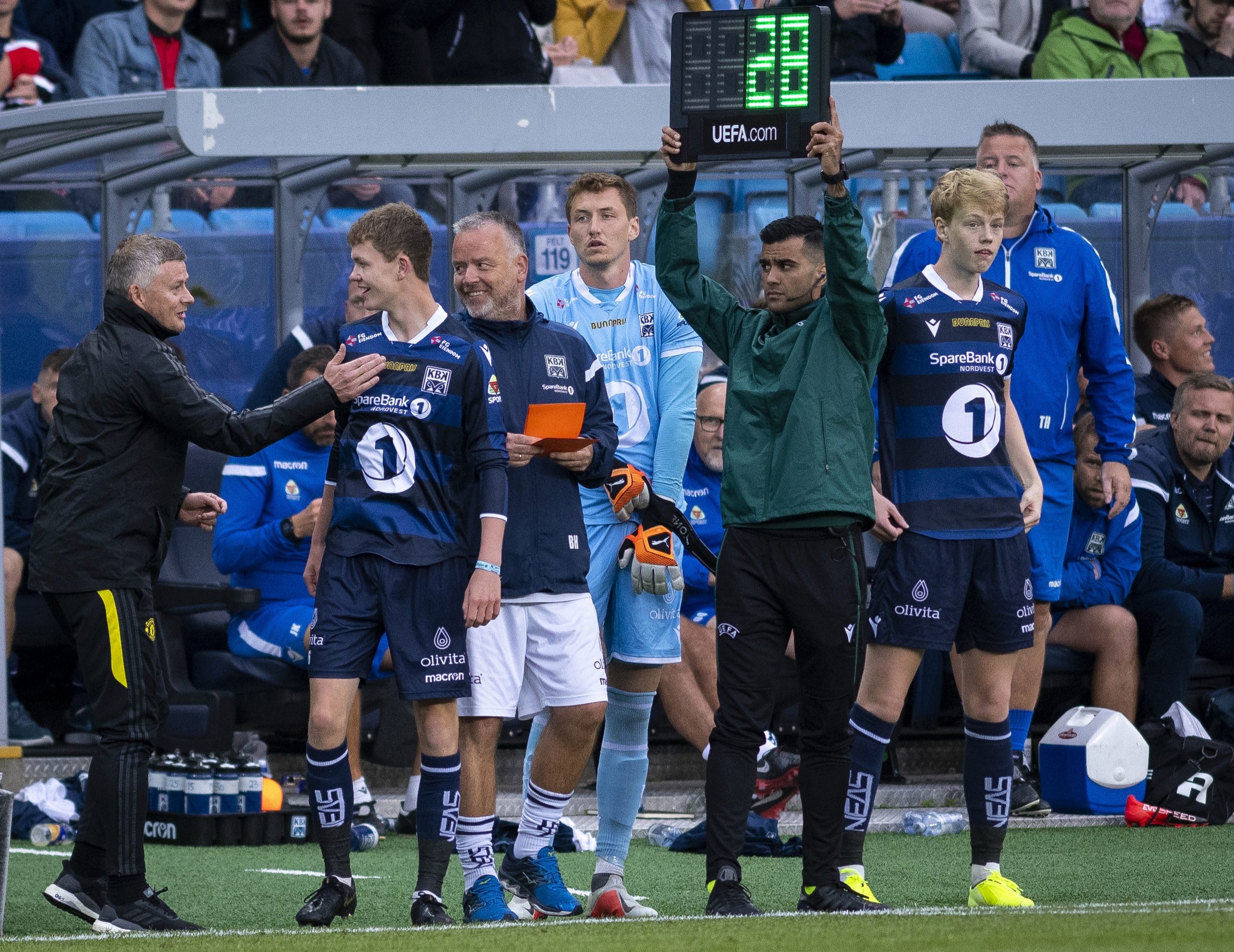