The Greek defender was clearly distraught after being forced off early in the FA Cup fourth round tie at the Emirates. 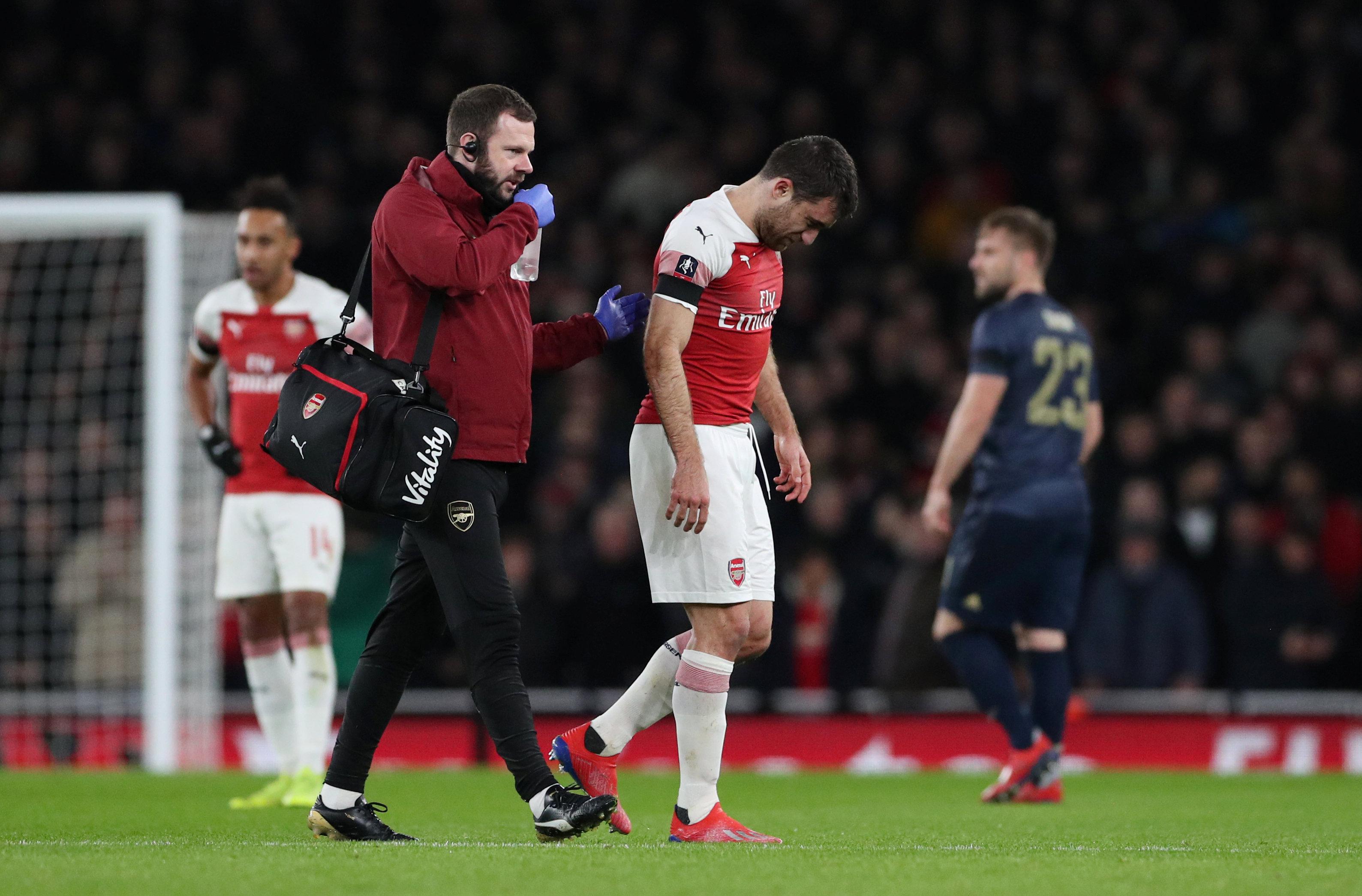 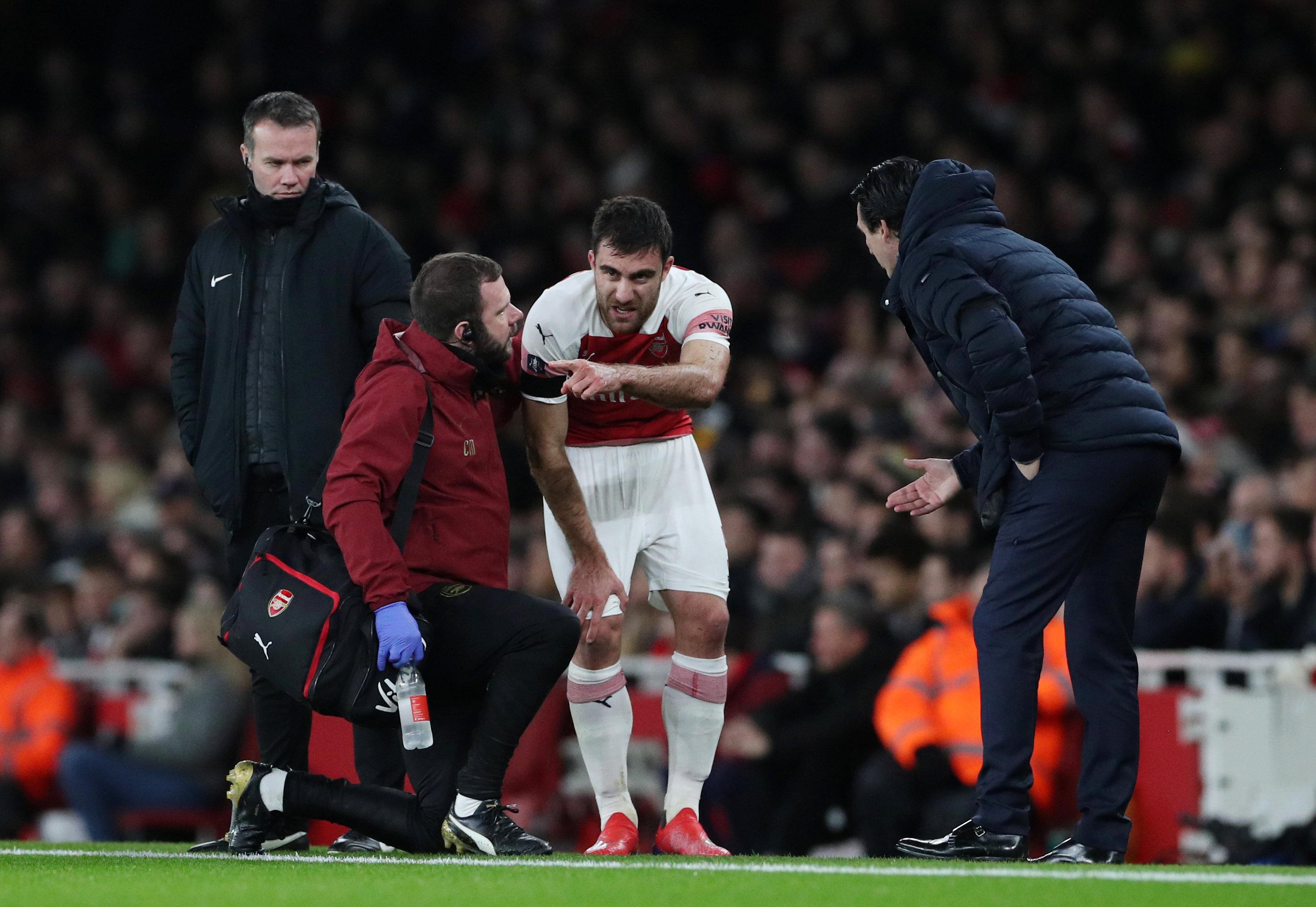 He seemed to roll his ankle while jumping for a header with Alexis Sanchez and needed attention from Arsenal medics.

After a few minutes with the physio, Sokratis' night was over and he limped off down the tunnel upset.

Sokratis was replaced by Shkodran Mustafi in the 21st minute against Ole Gunnar Solskjaer's men.

Unai Emery has already seen Hector Bellerin ruled out for the season and faces a defensive headache.

The Spanish defender ruptured his knee ligaments in the win over Chelsea last week, and posted a picture on crutches.

Gunners boss Emery also admitted that he has no money to spend in January and will have to make do with the current squad or loan additions. 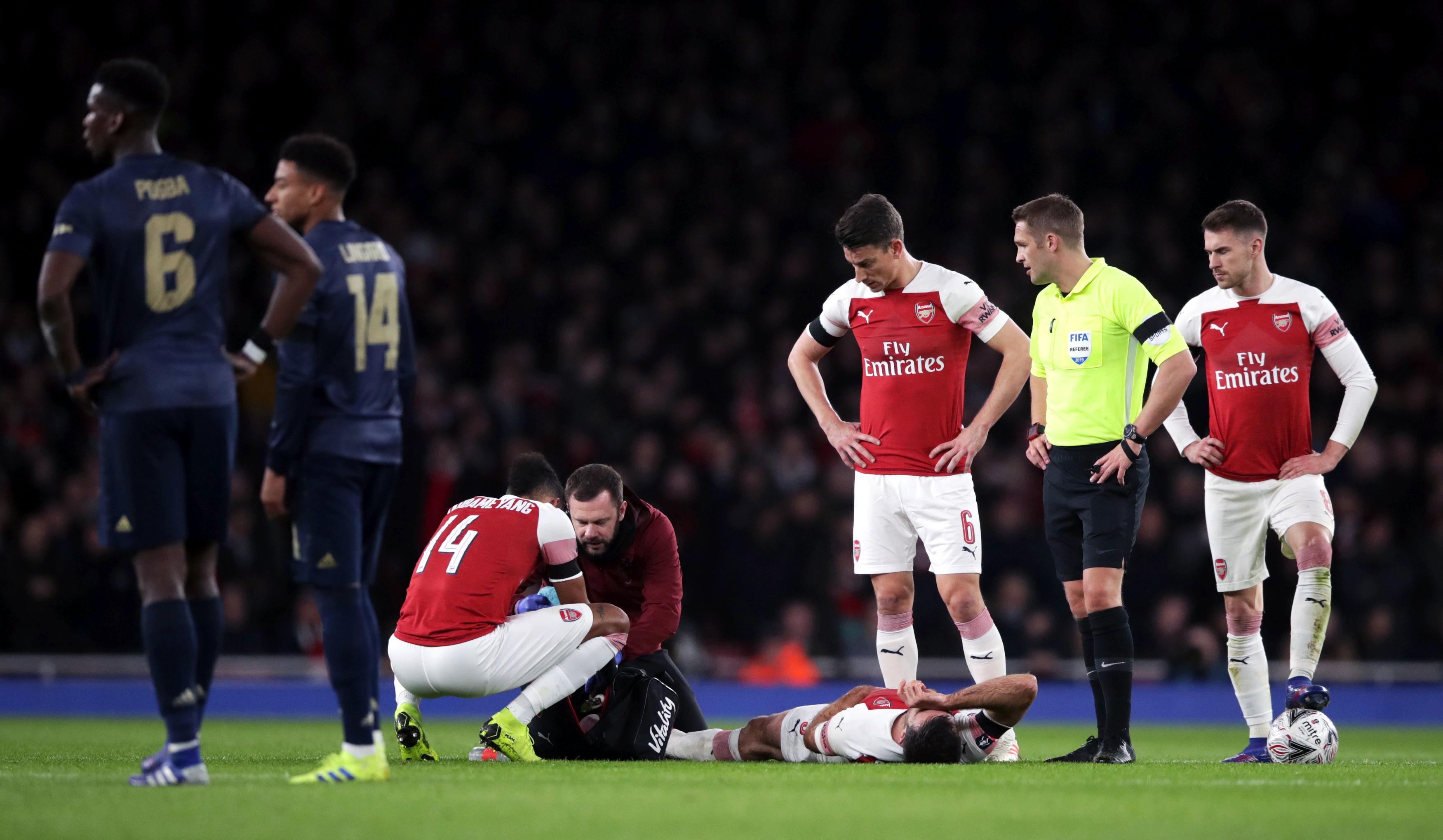