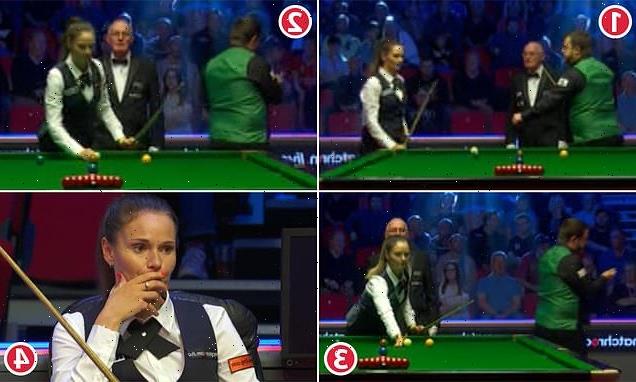 Snooker’s Battle of the Exes! Reanne Evans refuses to bump fists with her former partner Mark Allen ahead of British Open clash live on ITV4… months after he demanded she was removed from a practice room when working as a BBC pundit

The last time they were in the same room, Mark Allen demanded that Reanne Evans be removed.

So the fact the warring exes even showed up to share a table in Leicester on Monday night was an achievement in itself.

With the first hurdle overcome, the watching world — well, 452 fans inside the Morningside Arena and a few thousand ITV4 viewers — waited in anticipation for the pre-match formalities. 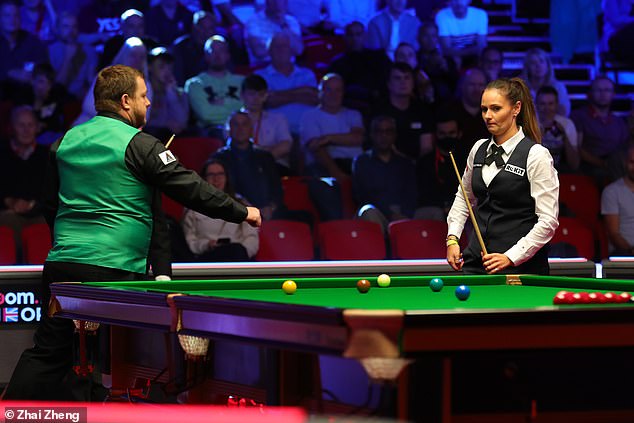 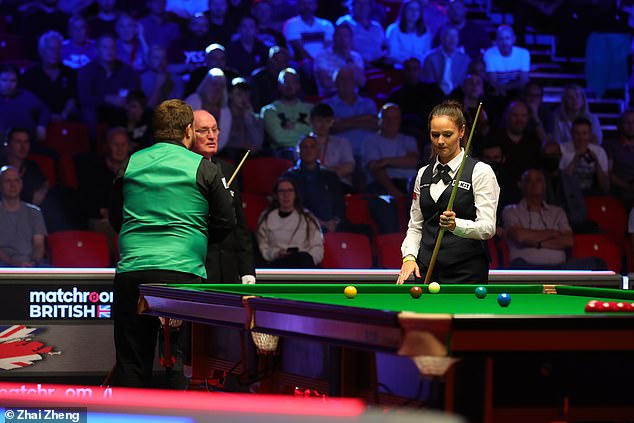 Think John Terry and Wayne Bridge at Stamford Bridge in 2010 but with more bad blood.

And just like Bridge’s snub of Terry all those years ago, Evans refused Allen’s attempted fist bump before she broke for the first frame of this best-of-five grudge match. The Battle of the Exes was on.

Evans and Allen have a 14-year-old daughter together from a three-year relationship which ended acrimoniously in 2008.

Regardless of who she was playing, Evans, who received a rapturous reception when she entered the arena, was always likely to be the centre of attention purely because of her promotion to the main World Snooker Tour. 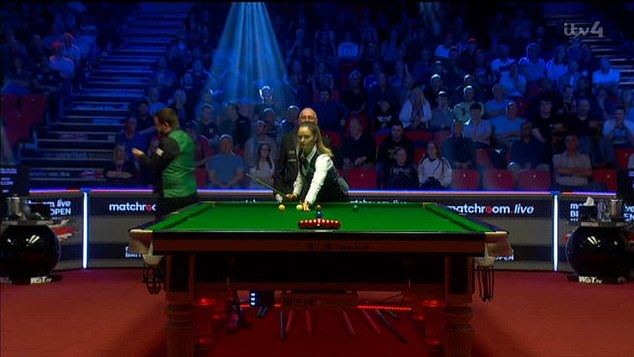 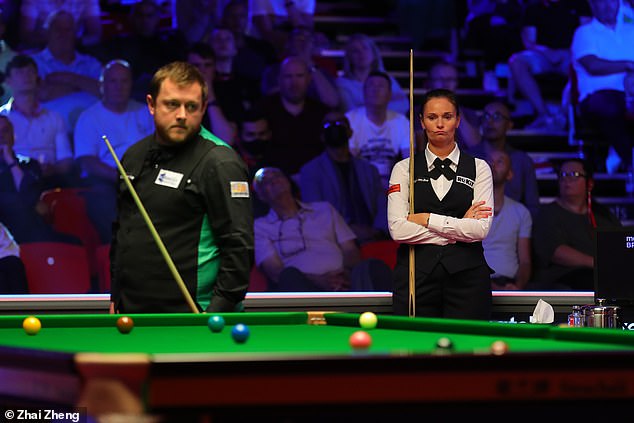 Evans and Allen kept their distance throughout the match, which was broadcast live on ITV4

With 12 world titles, the 35-year-old is the most successful female player of all time and was handed a two-year tour card alongside women’s No 2 Ng On-yee in March.

It is a historic move for the sport although there was speculation that Allen may withdraw from the British Open to avoid the awkward clash.

Ex-world champion Shaun Murphy described the grudge match as a ‘car crash’ and said he would watch through his fingers.

Both players assured organisers they would conduct themselves in a professional manner — which Evans instantly ignored with her pre-match antics. 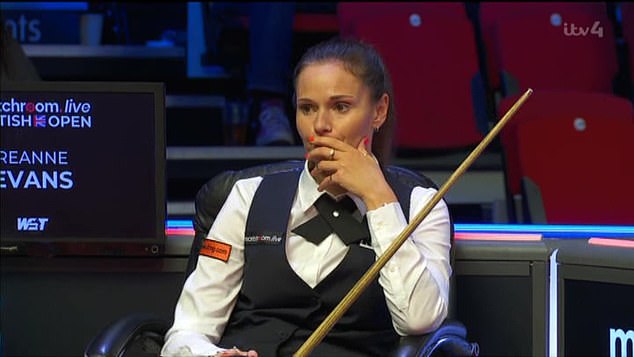 Perhaps it was revenge for Allen’s actions at the World Championships in April. The Northern Irishman was practising in the same Crucible room as Evans was working as a BBC pundit.

It prompted Allen complain that his ex was causing a distraction and demand she be moved. Organisers complied, leaving Evans upset and embarrassed.

That spat in Sheffield made public tensions that have been simmering for years and have even ended up in court.

Evans has asked Allen to increase his child maintenance for their daughter Lauren, having become unhappy with his previous payments of around £100 per month. 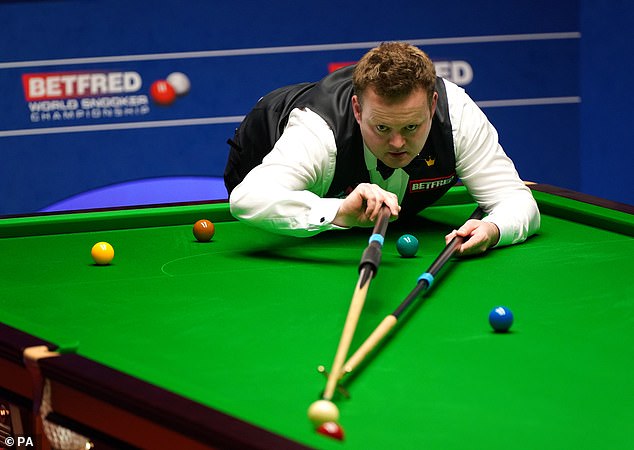 But 2018 Masters champion Allen, who has career earnings of almost £3.5million, declared himself bankrupt earlier this year and is in the process of getting a divorce from wife Kyla McGuigan.

With legal proceedings ongoing, Allen now refuses to even publicly speak about Evans, although he did make one pointed remark when she won her tour card, saying: ‘I’m not really sure what the two women are going to bring.’

But even though four matches were taking place simultaneously at the Morningside Arena, all eyes were on table one, in a game which followed on from world No 1 Judd Trump’s comeback victory over world No 97 Mitchell Mann. 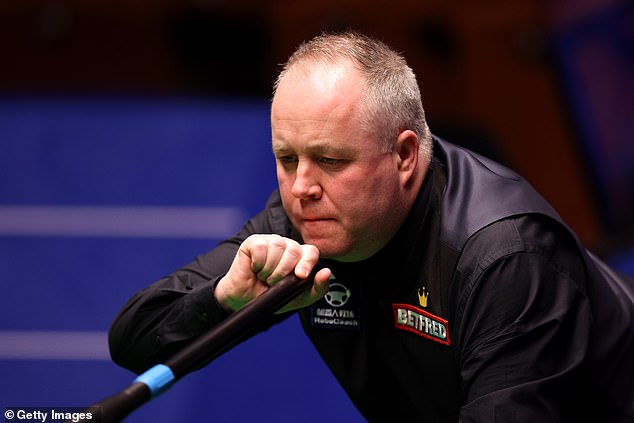 Meanwhile, John Higgins notched the 12th 147 of his career to move second in the all-time list

Meanwhile, John Higgins notched the 12th 147 of his career to move clear of Stephen Hendry and go second in the all-time list of maximum makers.

The 46-year-old’s perfect clearance came in the first frame of his 3-1 victory over Alexander Ursenbacher and he now lies behind only Ronnie O’Sullivan, who has 15 maximum breaks.