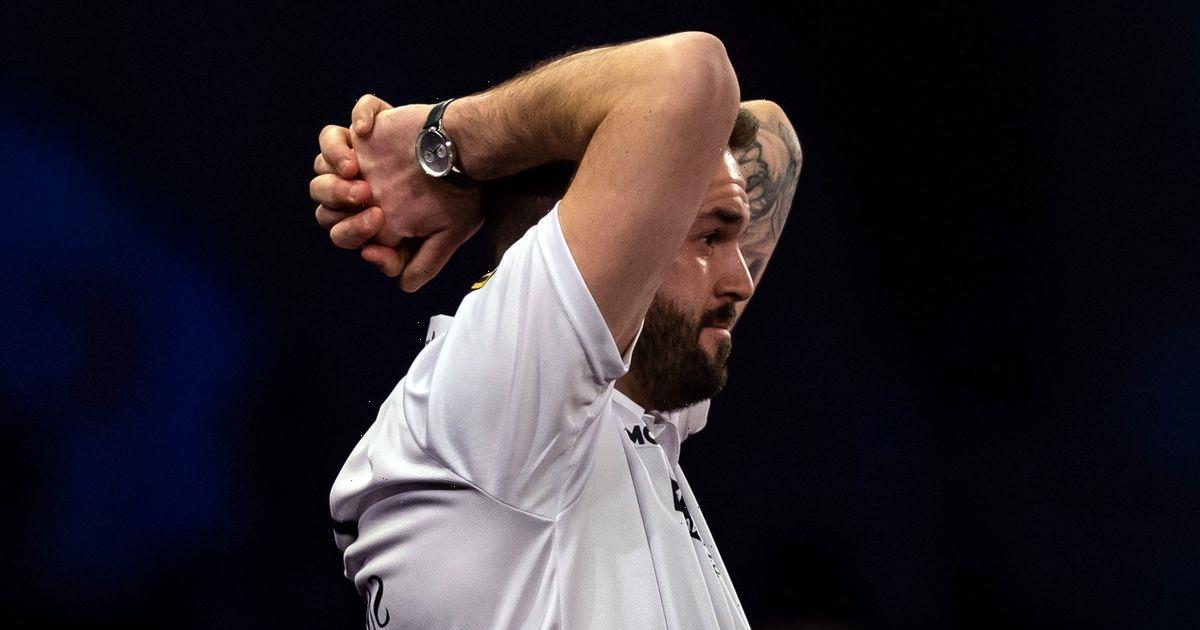 Smith has enjoyed a standout 2022 which has included winning his first major tournament at the European Championship in Dortmund. As a result, he was rated as a dark horse to go all the way at the Ally Pally.

The 33-year-old certainly had the chances to advance to a fourth round meeting against tournament favourite Michael van Gerwen, but wasted five match darts.

READ MORE: Dirk van Duijvenbode accuses Ross Smith of ‘overdoing it’ as he opens up about needle

The match went to a sudden death tiebreaker in the seventh set with Van Duijvenbode taking out 71 to clinch victory before dancing around the stage in jubilation.

The needle between the pair, which was obvious throughout the match, gave way to a sporting embrace but it did little soften the blow for Smith, who lost by the same score to the same player in the third round of last year’s tournament.

Given the chances he had to gain revenge, this defeat was all the more galling for the Kent thrower.

“I’m absolutely devastated to lose that match but what a match it was,” he tweeted. “I hope you enjoyed it. I’m proud of what I’ve achieved this year but I want more in 2023. The @OfficialPDC is a land of opportunity.”

Smith was inundated with messages of support from fans and former players, including darts legend Bobby George, who replied: “What a game Ross, unlucky mate. We luv ya!”

Is Ross Smith a future world champion? Tell us in the comments section below

Meanwhile, a fan posted: “Proper darts Ross and a marvellous watch for us fans. You’re bound to be disappointed, but be very proud of yourself too.”

Another added: “More will come. Big year entering elite level. And in losing you showed why elite today.”

A third wrote: “You’re a quality player Ross, so unlucky today, you’ll be winning things in no time at all playing like you have today, congrats on your 180s record too mate, brilliant darts.”