Isaac Smith is keen to be Hawthorn’s next captain, but if he does get the nod he won’t be looking to emulate Donald Trump when it comes to leadership style.

Smith and fellow vice-captain Liam Shiels are the clearest frontrunners in what the Hawks are saying is a wide-open race to succeed Jarryd Roughead, who stood down as skipper last week after two years at the helm. 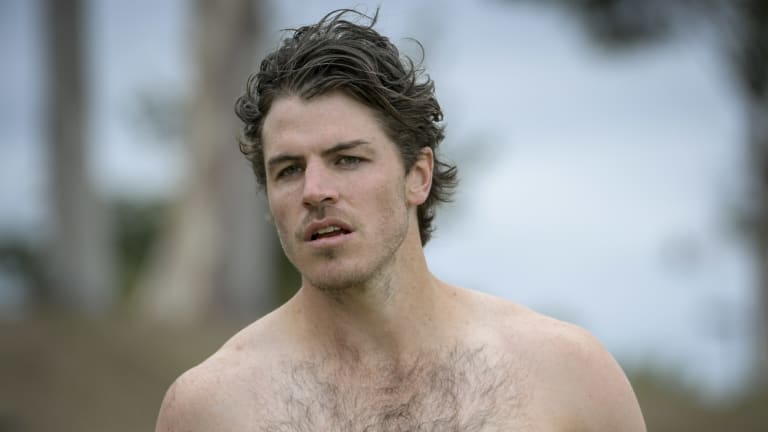 Baring his soul: Isaac Smith at training on Monday.Credit:Eddie Jim

Hawthorn are in no rush to appoint a replacement for Roughead, indicating a decision will be made late in the pre-season. In recent times the Hawks have held a ballot in which players have voted in a 5-4-3-2-1 basis for the captaincy. The ballot is not secret, which Roughead and Smith both said had made for openness between teammates.

Along with Roughead, Smith and Shiels, Ben Stratton and Jack Gunston were also members of the Hawthorn leadership group in 2018, while Tom Mitchell, Jaeger O’Meara, James Sicily, Luke Breust and Ben McEvoy have all been publicly floated by Hawthorn football chief Graham Wright as potential candidates to become skipper.

Triple-premiership player Smith turns 30 later this month and is coming off a strong season in which he finished third in the Peter Crimmins Medal count.

Smith suggested on Monday he would “love” to be captain of the proud club, adding that he had tried to stay true to his own values as a leader.

“You hope [your leadership] improves, but I hope the biggest thing is that you just want to be yourself,” Smith told The Age.

“Most influential leaders around the world are the ones who are themselves.”

Asked if he had any leadership idols, Smith wouldn’t identify anyone in particular, other than to discount the polarising US president.

Asked about the open vote, Smith denied that it could create awkwardness between teammates.

“That’s been the case ever since I’ve been at the club,” he said.

“You know where you stand, which is good.

“I think the biggest thing is it probably creates some nice conversations. It’s nice to know where you stand within the club in that arena.”

While he said the captaincy would be a “feather in the cap,” he noted that the entire leadership group had key roles to play.

“I think last year we worked really well as a five-man leadership group. I don’t think the captain really does too much [extra] other than toss the coin on gameday.” 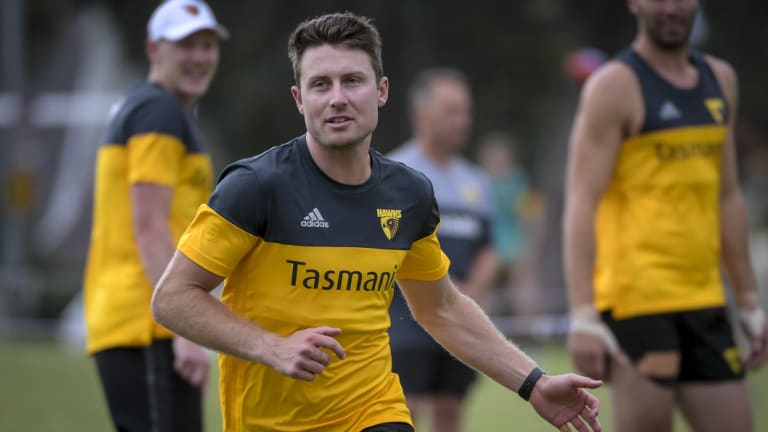 Liam Shiels goes through his paces at training on Monday.Credit:Eddie Jim

Shiels said he hadn’t given much thought to the possibility of succeeding Roughead.

"It would be a huge honour to captain any football club," Shiels said.

"[But] to be honest, I haven't put too much thought into it. It's day one of pre-season.

"My sole focus over the last couple of years has been to support 'Roughy' as vice-captain, to support him on game day and off the field, so I haven't put too much thought into it.

"There's a number of guys who could potentially step up and captain the club."

Roughead, 31, was hopeful relinquishing the leadership would help his on-field output, which became a hot topic during what was a modest 2018 campaign by his lofty standards.

However the cancer survivor, Coleman Medallist and four-time premiership player, contracted until the end of 2019, said he never contemplated following the lead of Sam Mitchell, Jordan Lewis and Luke Hodge by moving to another AFL club in the twilight of his career.

“For me at 31 to go to another club and try and build relationships and help their kids out, I’d rather finish my career here and have a fair bit of pride knowing I’ve helped out guys like [young forward] Mitch Lewis and that who will hopefully wear the jumpers for years to come,” Roughead said.