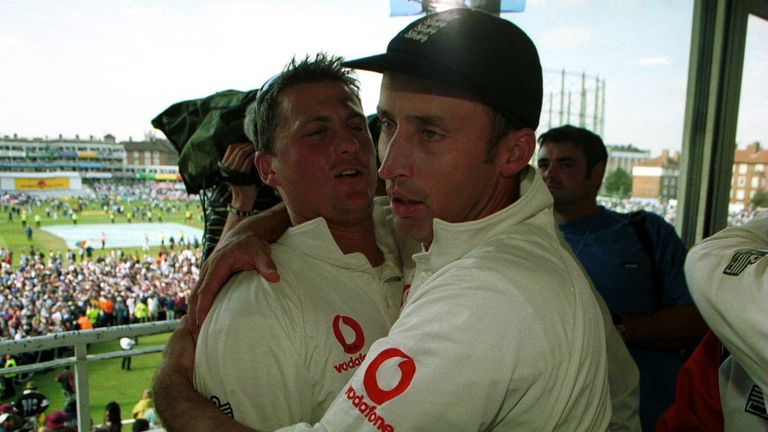 Nasser Hussain experienced many highs and lows as captain of the England cricket team between 1999 and 2003.

From tumbling to the bottom of the Test rankings to rebuilding and completing excellent series wins in Pakistan and Sri Lanka.

There was also the 2003 World Cup, in which England failed to qualify for the second round, at least in part due to the decision to boycott their match in Zimbabwe due to security concerns.

In the latest episode of Captain’s Log, Hussain charts his tenure at the top, names the key players he had in his side and why he knew when it was time to step down…

– How he learnt from playing under Graham Gooch and Keith Fletcher

– Trying to establish a new culture within the side and why Michael Atherton, Alec Stewart and Darren Gough were such vital assets – Australia’s “gun” cricketers, the Ashes – and electing to bowl in Brisbane…

– The Zimbabwe decision and feeling “let down” by the ICC

– The No 3 gesture, dealing with the media and why one-day captaincy was tougher than in Tests