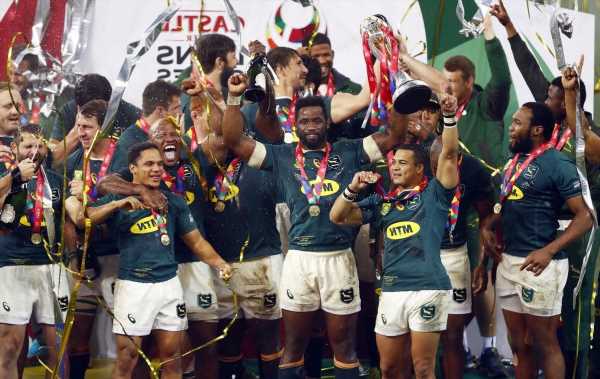 Captain Kolisi and head coach Jacques Nienaber were among a host of Springboks to test positive for coronavirus during turbulent preparations for taking on the Lions.

The world champions also went into their winter programme having not played a Test match since lifting the Webb Ellis Cup in Japan in November 2019 and recovered from an opening defeat to triumph 2-1 following Saturday evening’s nail-biting 19-16 success in Cape Town.

Flanker Kolisi was at a loss to explain the significance of the achievement as he praised Nienaber’s man-management skills while dedicating glory to a host nation still ravaged by the Covid-19 pandemic.

“Honestly I cannot explain it in words what this meant for us as a group,” he said.

“Both teams had challenges with Covid but for us our first full training was the first Test, some of us came from isolating with Covid.

“But the one thing we all agreed as a team (was) that will never be an excuse because that’s not what South Africans are made of.

“When you step over the line, you agree that you are fine and ready to play.

“Jacques always touches on the things that matter the most. In this environment, you can’t motivate people any more with rugby, we all know what to do.

“But when you speak to the person you are playing for and think about broader things, like what our country is going through, what its going to do for the people, that’s what drives you.

“It was not only for us, our families and the team, but for the country as well.”

South Africa were second best in the opening period of the series decider and perhaps fortunate to only be 10-6 down at the interval.

A much-improved second-half showing helped tie the scores at 16-16 going into the final minutes before veteran fly-half Morne Steyn repeated his heroics of the 2009 series by once again kicking a crucial late penalty.

Only twice before – against New Zealand in 1930 and Australiain 2001 – had the Lions lost a tour after winning the first Test.

Springboks lock Eben Etzebeth said: “This is a once in a lifetime opportunity and to be part of this moment is special.

“The Rugby World Cup is still the pinnacle, but winning a series against the British and Irish Lions certainly is second to that.

“We had a lot of struggles in the build-up to the series with a few Covid-19 cases interrupting the team, so we’ll enjoy the win and then focus on the match against Argentina (next week).”