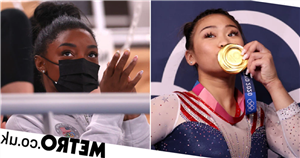 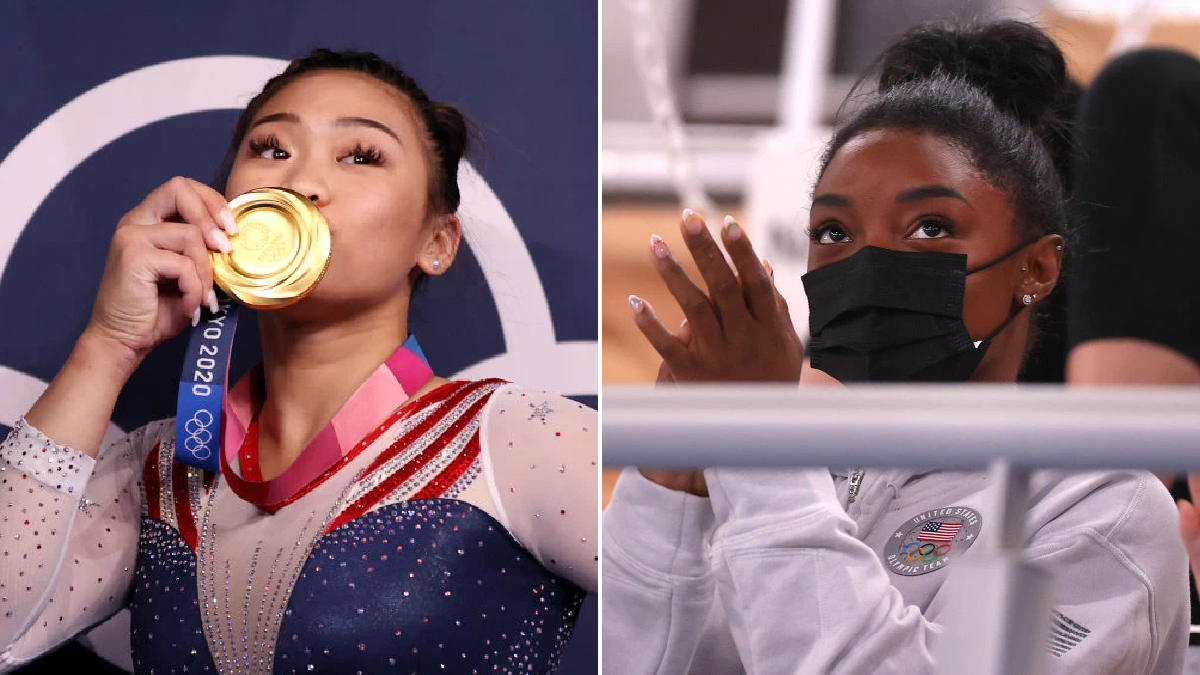 Simone Biles has congratulated USA teammate Sunisa Lee on her gold medal in the Olympic women’s gymnastics all-around final on Thursday, sending her a heartfelt message.

Biles would have been the heavy favourite to defend her title from Rio 2016 but opted to withdraw from the event to focus on her mental health, having pulled out of the team final mid-competition on Tuesday following an out-of-sorts opening vault.

But she was back at the Ariake Gymnastics Centre to cheer on both Lee and Jade Carey, with the latter drafted in to replace Biles at short notice.

The United States had won the all-around final at each of the last four Olympics, going back to Athens 2004, and Lee faced a difficult test in a very competitive field.

Her main competition came from two Russians, Angelina Melnikova – who won bronze – and Vladislava Urazova, as well as the inspired Brazilian Rebecca Andrade, who claimed silver.

But Lee was more consistent than her rivals and, thanks in large part to her brilliant score on the uneven bars, claimed gold with a score of 57.433, narrowly ahead of Andrade’s 57.298 in second place.

Biles appeared to live every moment of her younger teammate’s success from the stands, applauding and cheering as loud as anyone, and was delighted to see her win a first gold medal to add to the silver USA won in the team event.

‘Congrats Princess, you absolutely killed it,’ wrote Biles on Instagram. ‘Olympic champion right here! So, so, so beyond proud of you!’

Biles also uploaded a clip to her Instagram stories of Lee returning to the Olympic village with her gold medal and seemed genuinely thrilled for the 18-year-old, writing: ‘The queen has arrived.’

Reacting to her victory, Lee said afterwards: ‘It’s a dream come true. I don’t even know what to say. It hasn’t even sunk in.

‘The past two years with Covid have been crazy. There was one point I wanted to quit. To be here and to be an Olympic gold medallist is just crazy.’