Ben Simmons was dominant in the paint early in the Philadelphia 76ers' NBA win over the Memphis Grizzles.

The Australian had 15 points by half-time and finished with 19 and 12 rebounds on eight of 10 shooting from the field in the 103-95 victory. 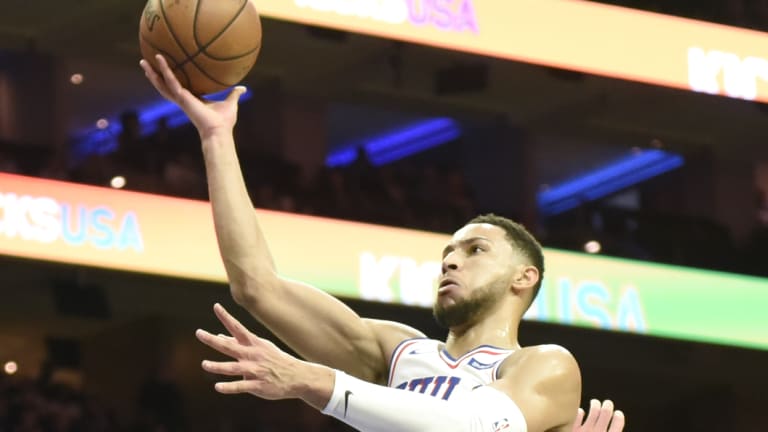 While Simmons was the catalyst for a 10-point lead at the main break it was Jimmy Butler who closed out the game scoring 13 of his 21 points in the fourth quarter.

Simmons and Butler have started wearing white headbands as a symbol of their commitment to defence, with the recently acquired All-Star swingman taking the reigning rookie of the year under his wing since his arrival in Philadelphia.

JJ Redick continued his late-career resurgence with 24 points for the Sixers and Joel Embiid had 15 points and 14 rebounds.

The 17-8 Sixers are 13-1 at home and 8-2 since they acquired Butler in a trade with Minnesota last month to be third in the eastern conference.

Patty Mills chipped in for 15 points and six assists as the San Antonio Spurs beat the Portland Trail Blazers 131-118.

DeMar DeRozan starred for the Spurs with 36 points, eight rebounds and six assists while LaMarcus Aldridge scored 29 points and pulled down eight rebounds.

Damian Lillard was the Blazers' best with 37 points and 10 assists.

Dwyane Wade made a pair of free throws with 3.2 seconds left as the Miami Heat edged Joe Ingles' Utah Jazz 102-100.

The Heat came back from a 19-point deficit and survived a Donovan Mitchell three-point attempt on the buzzer.

Ingles scored 11 for Utah, which put all five of its starters in double figures, but they are now 11-13 after a tough schedule in which they have played a league-high 16 on the road.

Kyle Kuzma scored 23 points while LeBron James had 22 before both sat out the fourth quarter of the Los Angeles Lakers' 120-96 defeat of the struggling Phoenix Suns.

Brandon Ingram scored 15 points and JaVale McGee had 14 points and eight rebounds in three quarters of work for the Lakers – who have improved their record to 14-9 after their 2-5 start.

The Suns were derailed when their best offensive weapon Devin Booker (six points) left the game with a strained hamstring in the second quarter.

Anthony Davis had 36 points, 19 rebounds and eight assists to lift the New Orleans Pelicans to a 119-109 road victory at the Charlotte Hornets.