A SICKENING video appearing to show a jockey laughing while jokingly riding a dead horse is being investigated by racing chiefs. 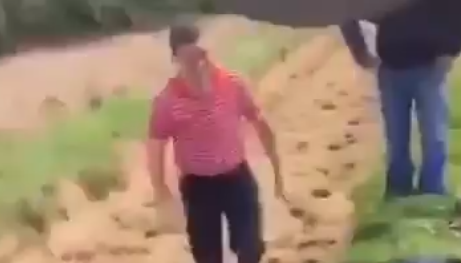 Elliott, 43, has been banned from racing in Britain just two weeks ahead of Cheltenham Festival.

The Irish Horseracing Regulatory Board confirmed they are aware of the new horrific video and looking into it.

A tweet read: "The Irish Horseracing Regulatory Board are aware of further social media content circulating and the matter is under investigation."

One social media user who had viewed the clip wrote: "Absolutely disgusting!"

Another posted: "How sick is this. F***ing disgusting."

While one comment read: "That's totally inexcusable, so disrespectful."

In the video, a horse lays stricken on the side of the gallops.

Two men near the horse's head appear ready to help move the body. 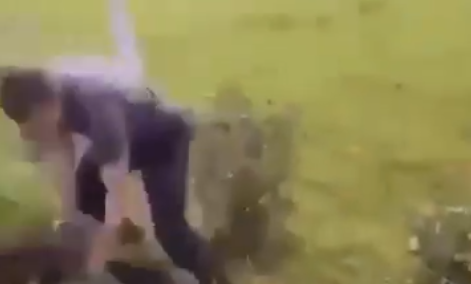 But then the video pans round to capture the moment a man runs up to the horse and jumps on it, straddling the dead body as if riding it.

The man then gets off and pats the body on the side before the video ends.

The British Horseracing Authority – who yesterday issued the ban on Elliott's runners – is also aware of the clip.

However, it is not yet known if they will carry out a formal investigation into the matter.

Racing has been rocked by the fallout of top trainer Elliott sitting on a dead horse.

The image went viral on social media over the weekend and has thrown the three-time Grand National winner's future into doubt.

Already the BHA have banned him from having runners in Britain.

And the IHRB continue to probe the origins of the photo as well as deliberate over what punishment they will dish out.

A dual probe into the background of this latest horrific footage, which appears to again show no regard for the dead animal, is now ongoing.

He told the Racing Post: "It is indefensible. Whether alive or dead, the horse was entitled to dignity.

"A moment of madness that I am going to have to spend the rest of my life paying for and that my staff are suffering for.

"I will be punished, I fully understand that. But it absolutely breaks my heart to read and hear people say that I have no respect for my horses.

"That couldn't be further from the truth.

"My whole life has revolved around horses since I was a child. I know nothing else. Horses are all I have. I came from nothing and built a dream.

"When your world starts crumbling in front of you, it's a scary place to be.

"I just hope people can understand how truly sorry I am and find some way to forgive me for what I have done."