Played out in Moscow towards the end of the Cold War, the move to bring the first ever Soviet Union footballer to Britain included espionage, cockroach-infested hotels and a vodka-fuelled lunch. 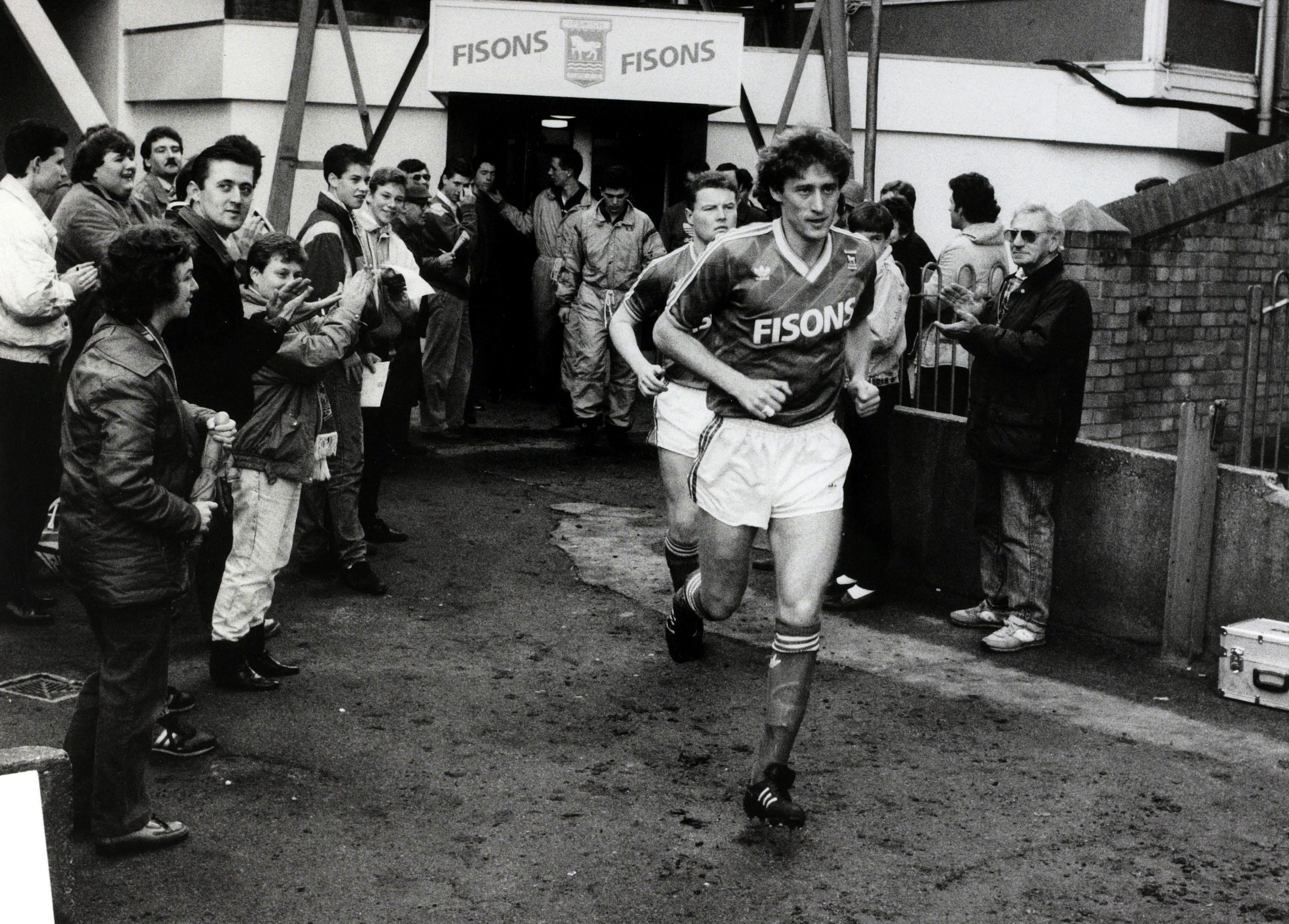 Next Monday marks 30 years since Sergei Baltacha made his debut for Ipswich after moving from Dynamo Kiev – and he arrived in Suffolk armed with a stellar CV.

The cultured sweeper played at the 1982 World Cup, won the Cup Winners’ Cup in 1986 under the great Valeriy Lobanovskyi, and reached the Euro ’88 final.

Ipswich were in the second-tier and managed by John Duncan, who was contacted by an agent about signing two players from the Soviet Union.

Reflecting on the historic transfer, Baltacha said: “Mikhail Gorbachev was opening up the USSR and Lobanovskyi called to say an Italian, Swiss and English club were interested. 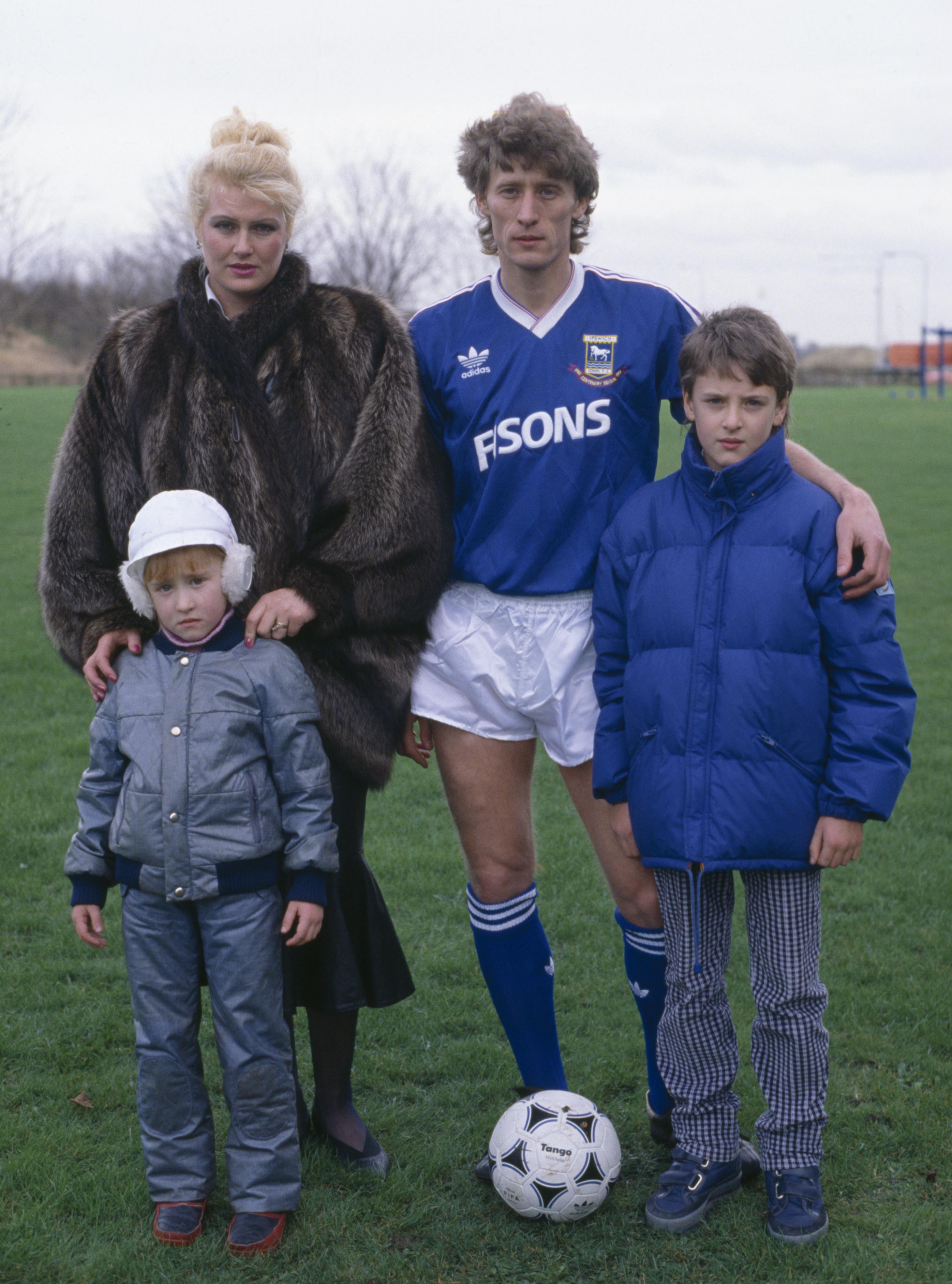 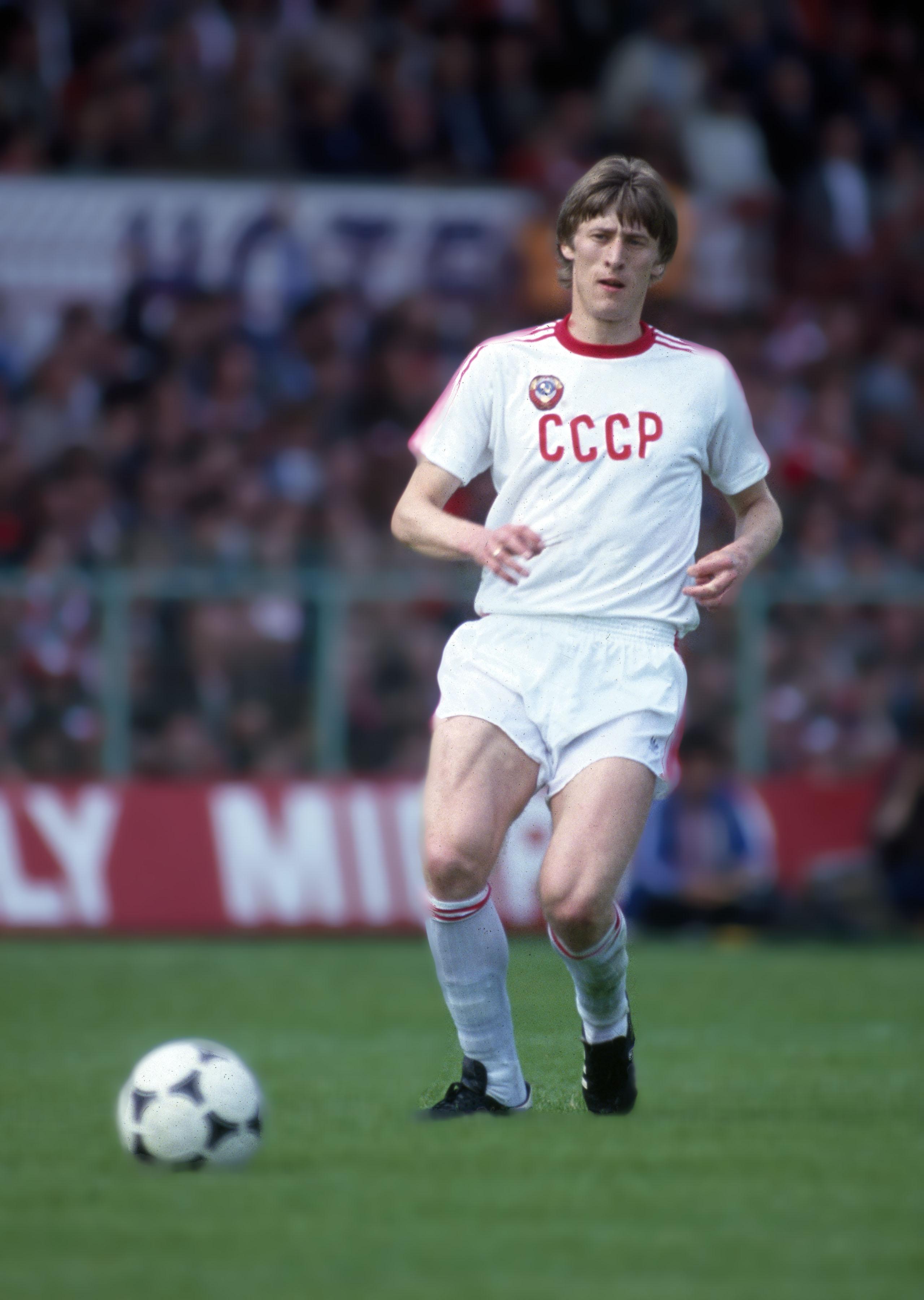 “I chose England because that’s where football was born and I loved its aggression and intensity.

“I knew about the cups Bobby Robson had won and I’d played against John Wark in the ’82 World Cup.

“But it was all new and I had no idea how the talks would go.

“I spoke no English but there was still political tension and I remember how cold the atmosphere was at the beginning.

Ipswich negotiated through Sovintersport, the Soviet sport agency, and Duncan soon jetted off to Moscow with former club chairman David Sheepshanks to clinch the deal.

Sheepshanks, then a young club director, said: “The hotel was miles away from the centre and the bathroom was covered in cockroaches – it’s hard to describe just how austere it was.

“There were KGB and guards in the streets, and I’m sure we were being monitored.

“The next morning we were sat down at a huge board table in a very dark room before a small procession of people marched in, with Sergei in the middle.

“One asked why we were there and said that they did not recognise any deal at all, despite Sergei being sat next door.

“They carried on feeling us out for an hour until the General Manager of Dynamo Kiev stopped us for lunch, at 10.30am!

“It was obviously pre-planned and we went to this hotel near the Red Square and had lunch for six hours at the only table in a room which could have held 1500.

“We had three bottles of vodka and two bottles of brandy between five, though Sergei didn’t drink a drop. 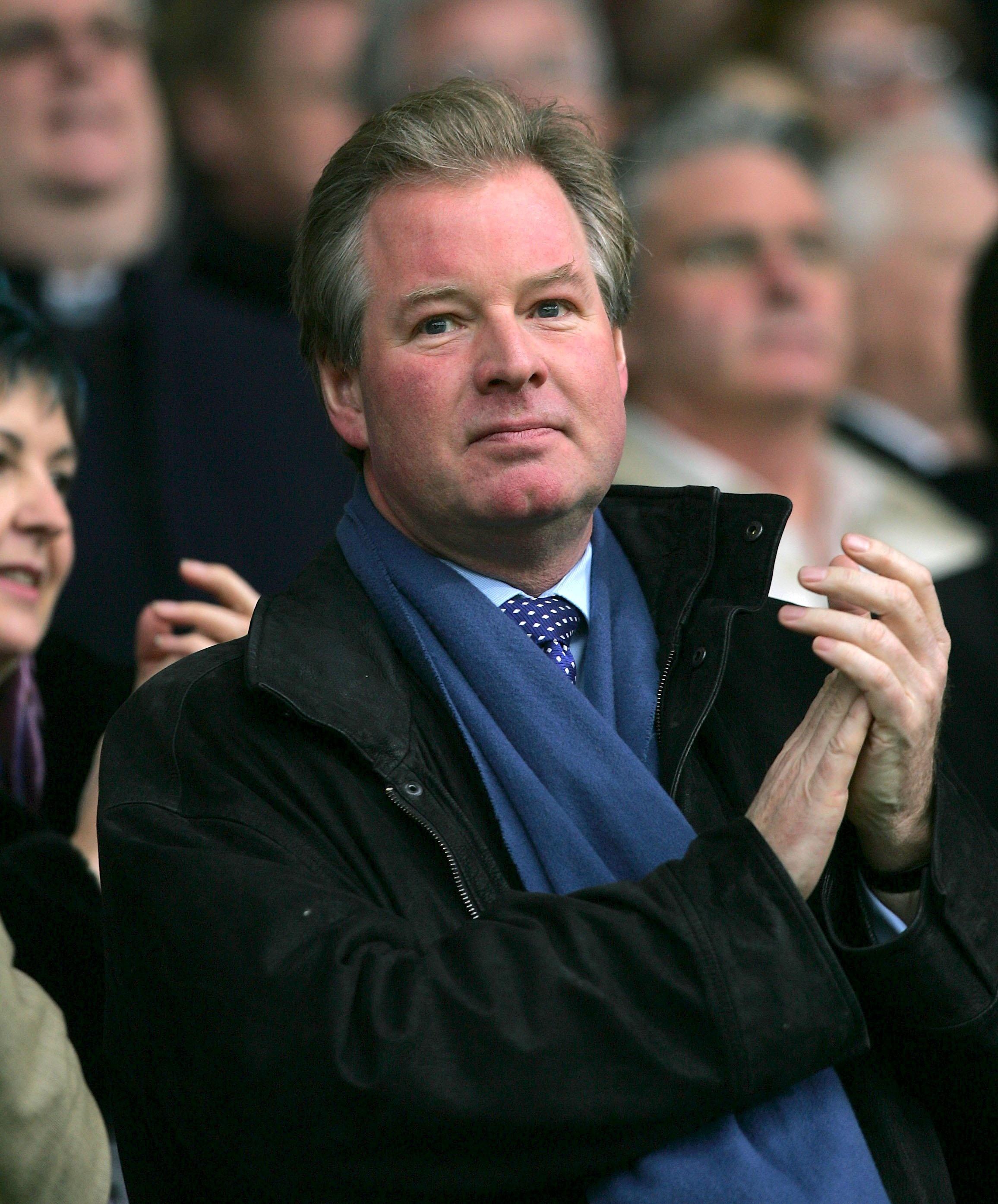 “There were so many toasts and we got on like a house on fire – it really broke down the barriers.

“There was so much adrenaline pumping through my body that I felt sober by the end. After being dropped back at our hotel we were told we would be picked up again at midnight.

“John rang them at 11pm to say we were too tired but we were told it would be a national insult if we refused – we quickly apologised and agreed to go.

“We were driven through 6ft of snow to the edge of Moscow to these old dark tenement blocks, with John and me looking at each other thinking what the bloody hell we had agreed to.

“My mind was running riot as we walked up 15 floors, only to be welcomed by the number one Russian football writer. He was the most delightful man and we talked football until 4am, the writer hanging on every word as we answered all his questions about English football.”

The move for the second player, Volodymyr Bezsonov, never materialised – but the £200,000 deal for Baltacha was all but completed the next day.

The Soviet star could not be paid more than the Russian ambassador and his contract stipulated he had to have a Lada car.

And the 18-month deal had a six-month break clause because of “possible social differences and the uniqueness of the situation”. 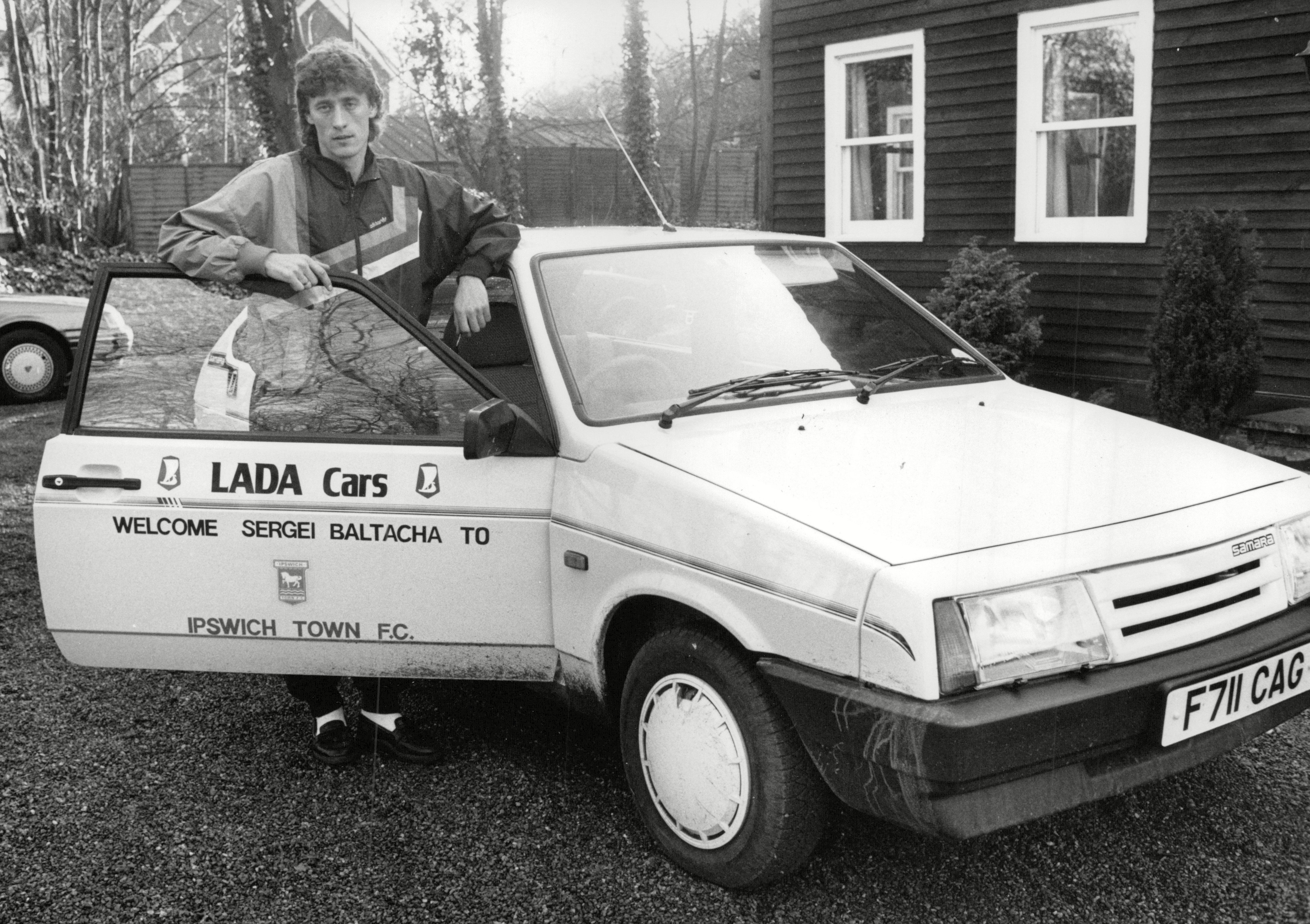 Baltacha was mobbed by the media when he arrived at Heathrow, oblivious to how big a stir the transfer had caused.

“Our flight was full of the Soviet figure skating team who were arriving for the European Championships”, he continued.

“When we landed there were so many video cameras. I assumed they were there for them so told my family to let them go through first.

“But then whichever way we went the cameras stayed with us and I couldn’t work out why until my translator told me just how big a deal my arrival was.

“At my first press conference the first question was, ‘Sergei, are you a communist?’”, he continued.

“I thought it was a joke but the Ipswich chairman, Patrick Cobbold stepped in and said: ‘Ipswich Town is a football club, Sergei is a footballer – if you want to talk politics, please leave and go elsewhere.’

“I’d hoped political situation wouldn’t affect my performance and I never had one problem. The Cobbolds and the people who worked there made Ipswich a special club, and I was welcomed by every fan I met. I felt like I was at home.” 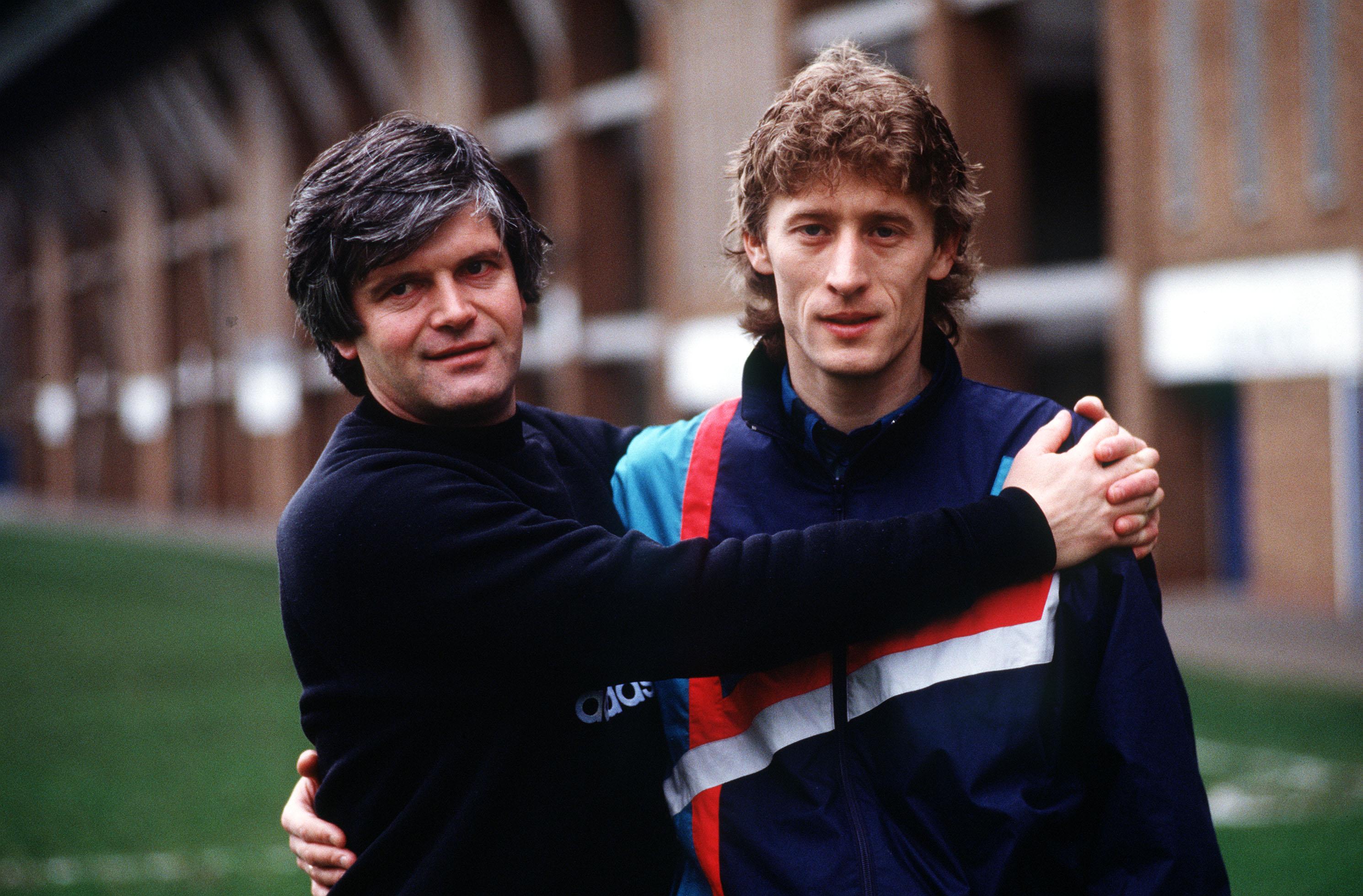 Baltacha, 60, was accompanied by his ex-wife and two children, including Elena, the former British number one female tennis star who tragically died of liver cancer in 2014.

The only English phrases he knew were ‘fasten your seat belts’, picked up from flying, and ‘no problem’.

He said: “My name at the club was Sergei ‘no problem’ – it was my answer to every question.

“We had a teacher but Elena didn’t like learning with us. So I bribed her and said I would buy her a bike if she did. She agreed, and I went straight to the shop.”

After fans flocked to catch a glimpse of their new hero in a reserve game, Baltacha made his debut in the unusual position of wing at Portman Road on January 17 1989, scoring in a 5-1 thrashing of Stoke.

But that’s about as good as it got for him on the pitch under Duncan, the Scot who saw football in a completely different light to the new arrival.

Baltacha added: “My debut was great and I brought all the team to mine for a party – they were all surprised I didn’t drink. The likes of Frank Yallop and Warky were great to me and a lot of the lads invited me to their house.

“But I arrived having had no pre-season. I came from one of the best teams in Europe, playing very different football. 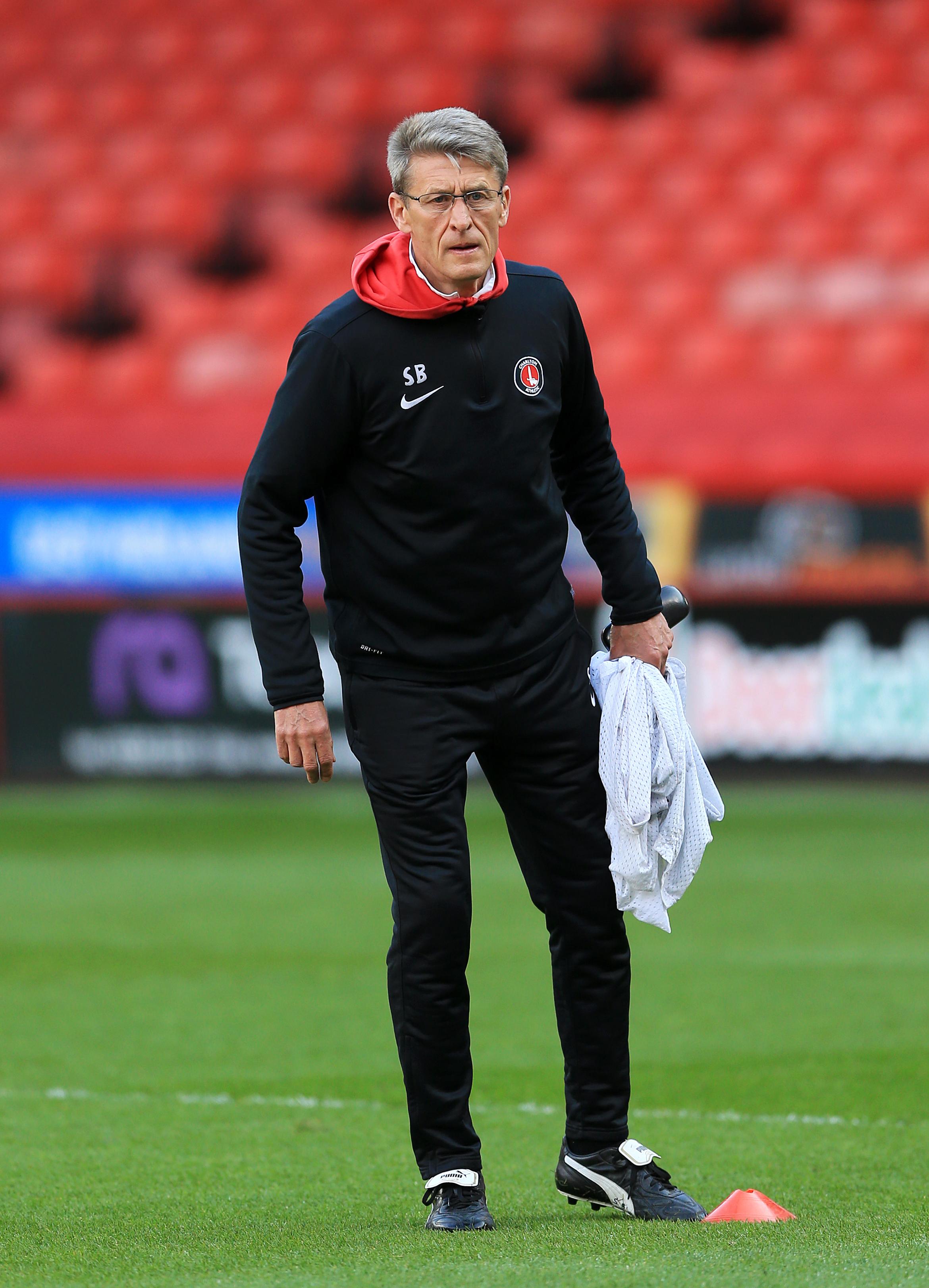 “I played as a right back, right midfield and sometimes as a centre back. I only played sweeper once in two years and I had never played 4-4-2 before.

“Duncan told me to just kick it as far as I could under pressure. But I couldn’t – I tried to play in any situation.

“It was frustrating but it was part of learning.”

Though things didn’t work out quite as planned, Baltacha has no regrets.

He added: “I could have stayed in Ukraine playing for a very good team. I was very comfortable and didn’t need the money.

“But I decided to challenge myself in a completely different country, away from my friends and family. Not many people did that at the time.”

He moved to St Johnstone after two seasons and is now Charlton U18 coach. 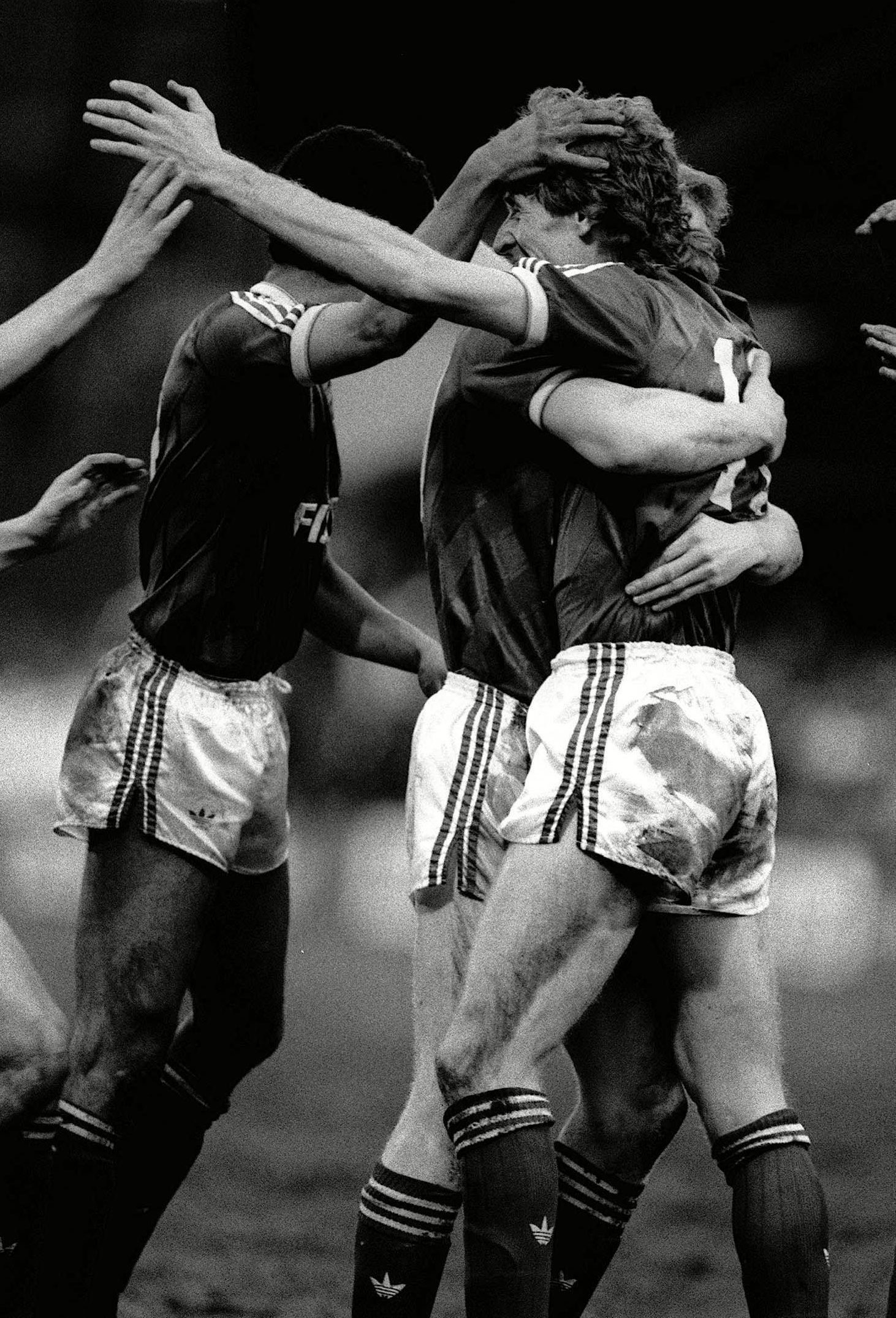 His love of teaching youngsters was born from coaching Elena tennis as a child, and both Joe Gomez and Ademola Lookman passed through his team – perhaps oblivious to the trailblazing past of their coach.

On his legacy, Sheepshanks, who remains a close friend with Baltacha, said:“The irony was that having the courage and foresight to sign Sergei he was never played in his correct position by John, who was concerned that the continental style was not about heading the ball.

“Sergei was a world-class player but with different attributes as to the demands of the old Second Division.

“But signing the first Soviet player was a huge fillip for the community. There was so much excitement and he was absolutely revered.

“His arrival opened the door for the likes of Andrei Kanchelskis to move to England after. He was the pioneer.”