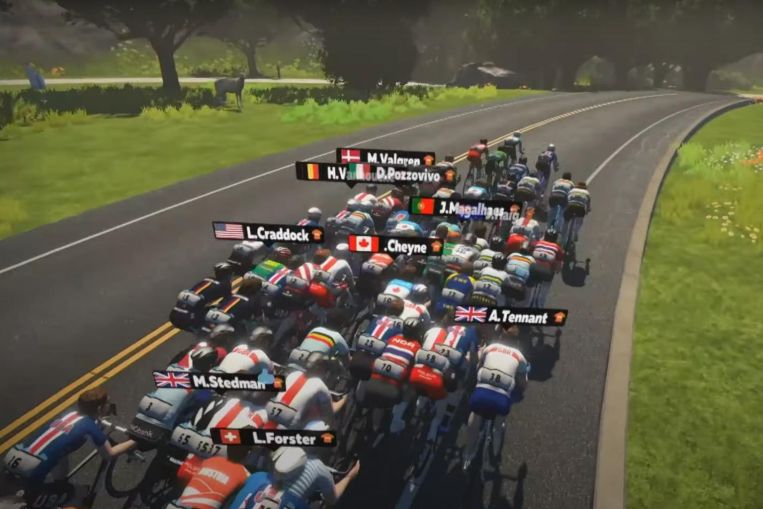 SINGAPORE – The Singapore Cycling Federation (SCF) and Singapore’s Cybersports and Online Gaming Association (Scoga) are partnering to promote the development of cycling e-sports, the associations announced on Wednesday (Aug 4).

Cycling e-sports, which sees riders competing in virtual races on indoor training platforms such as Zwift, was approved by cycling world governing body UCI as an official cycling discipline in 2018.

As part of the collaboration, SCF and Scoga will be setting up a Cycling Esports Academy that will develop various training programmes tailored for schools and youths.

The academy aims to build a developmental pathway for promising youth cyclists from primary and secondary schools as well as institutions of higher learning to gain exposure to international cycling e-sports competitions and high performance mainstream cycling as part of SCF’s national development and national training squads.

SCF president Hing Siong Chen called the collaboration a “significant milestone”, saying that the academy will serve as a centre of excellence for athletes to train and for competitions to be held.

He added: “We are also actively pushing for the development of cycling e-sports and for it to be incorporated in our already established athlete development pathway – to complement mainstream cycling while at the same time, providing opportunities for a select group of athletes to compete and excel at e-sports competitions.”

It will be broadcast on Twitch as part of Scoga’s Campus Legends Grand Finals programme.

Campus Legends is the association’s initiative to engage, educate and empower youths to excel through e-sports.

The demonstration race, which features invited student cyclists competing from their homes on the popular racing and Zwift.

Scoga president Dennis Ooi said: “While we are cognisant of the differences between sports and e-sports, we also appreciate the opportunity presented by virtual sports to benefit local youths.

“As cycling e-sports grows in prominence internationally, we look forward to working with the Singapore Cycling Federation to create more pathways and opportunities for youths in Singapore to support their dreams and aspirations.”