The frustrated winger had a transfer request turned down on Monday. 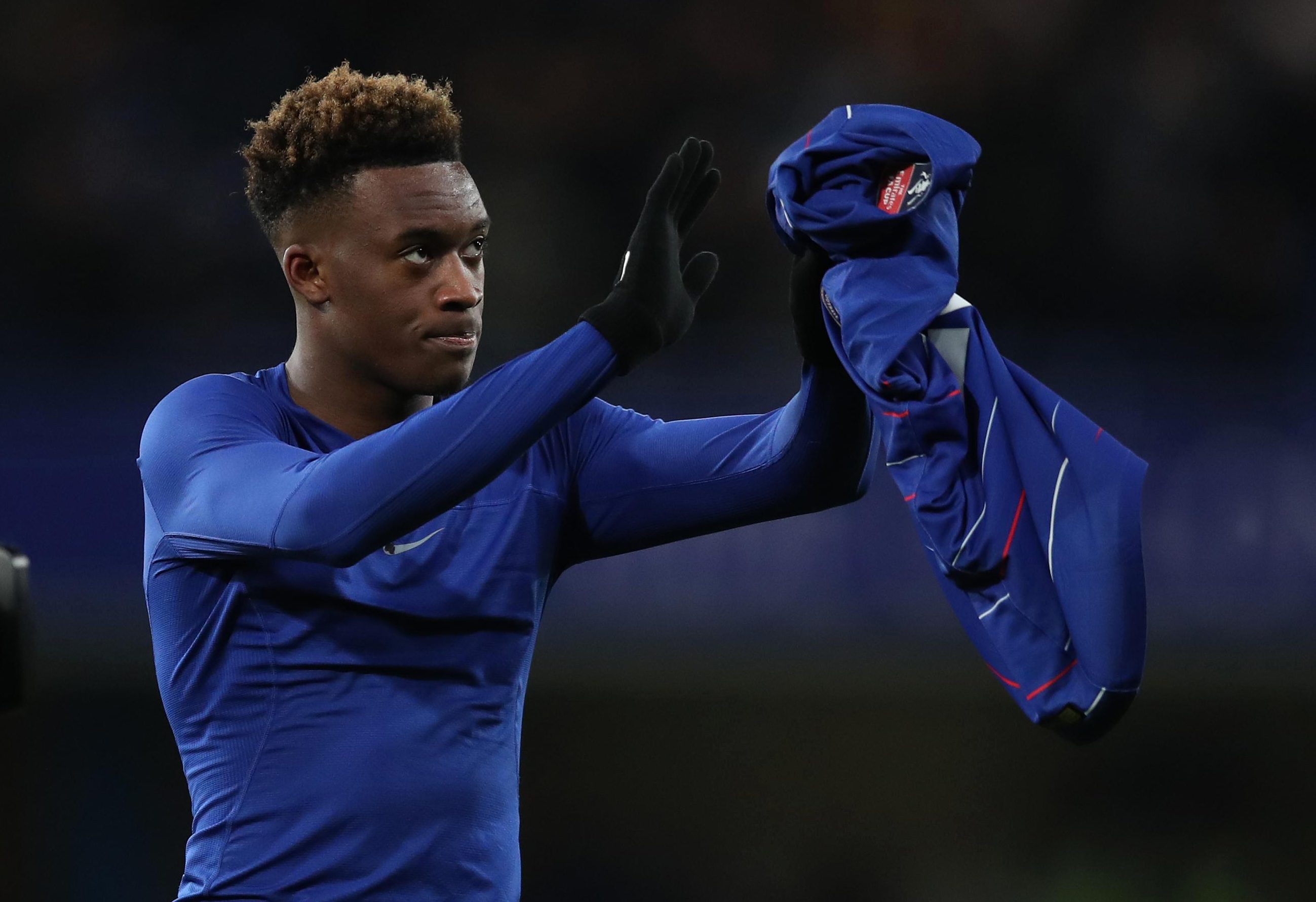 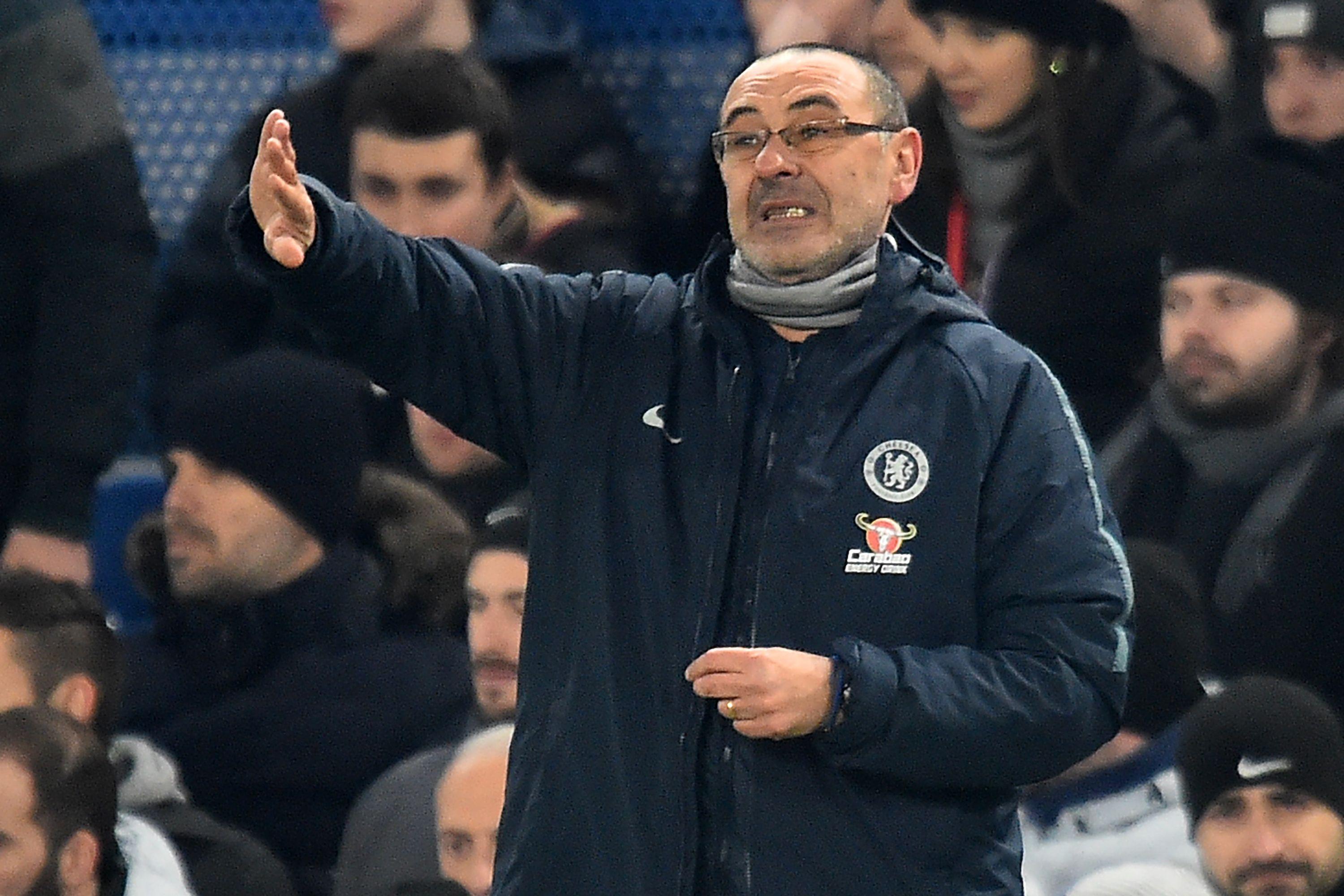 He will not be sold during this transfer window — and possibly not even in the next.

And head coach Sarri reckons the teenager should stay put to repay Chelsea and its academy for the 12 years they spent nurturing his talent.

Sarri said: “I think so. Of course, he’s a very great player. He will become one of the best in Europe — but he has to respect the work of the academy coaches.

“If you are one of the best young players in Europe, maybe the academy helped you. So you have to respect this.

Hudson-Odoi, 18, is wanted in Germany, with reports of a latest £40million bid from Bayern Munich.

But Sarri added: “It’s very difficult to go to another country and adapt immediately or play very well immediately. That’s a difficult situation.

“It’s better for him to try to improve here. But that’s just my opinion. He has to respect the club, the academy, everything. He is 18 — he has time. 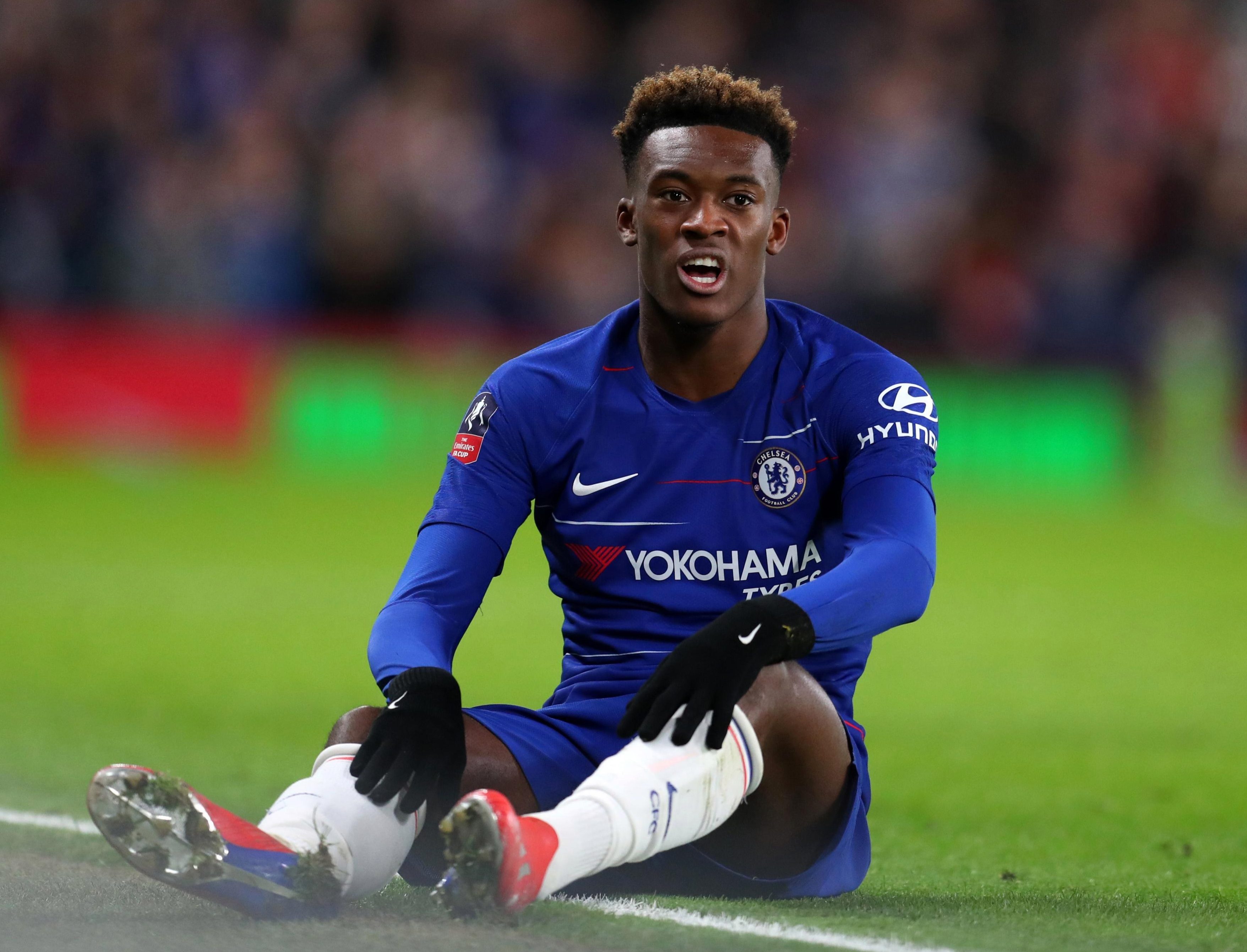 “As I said, he is improving on the pitch and he is the future of our club and of English football.”

Hudson-Odoi joined Chelsea in 2007 and the Londoner is a two-time FA Youth Cup winner, Under-18 League champion and Under-17 World Cup winner with England.

His obvious talent has seen him placed at the centre of a tug of war between Chelsea and Bayern.

The youngster, who scored a superb goal in the Blues’ 3-0 win over Sheffield Wednesday on Sunday, has become disillusioned trying to force his way into the first team.

The ambitious teen is yet to start a Premier League match. 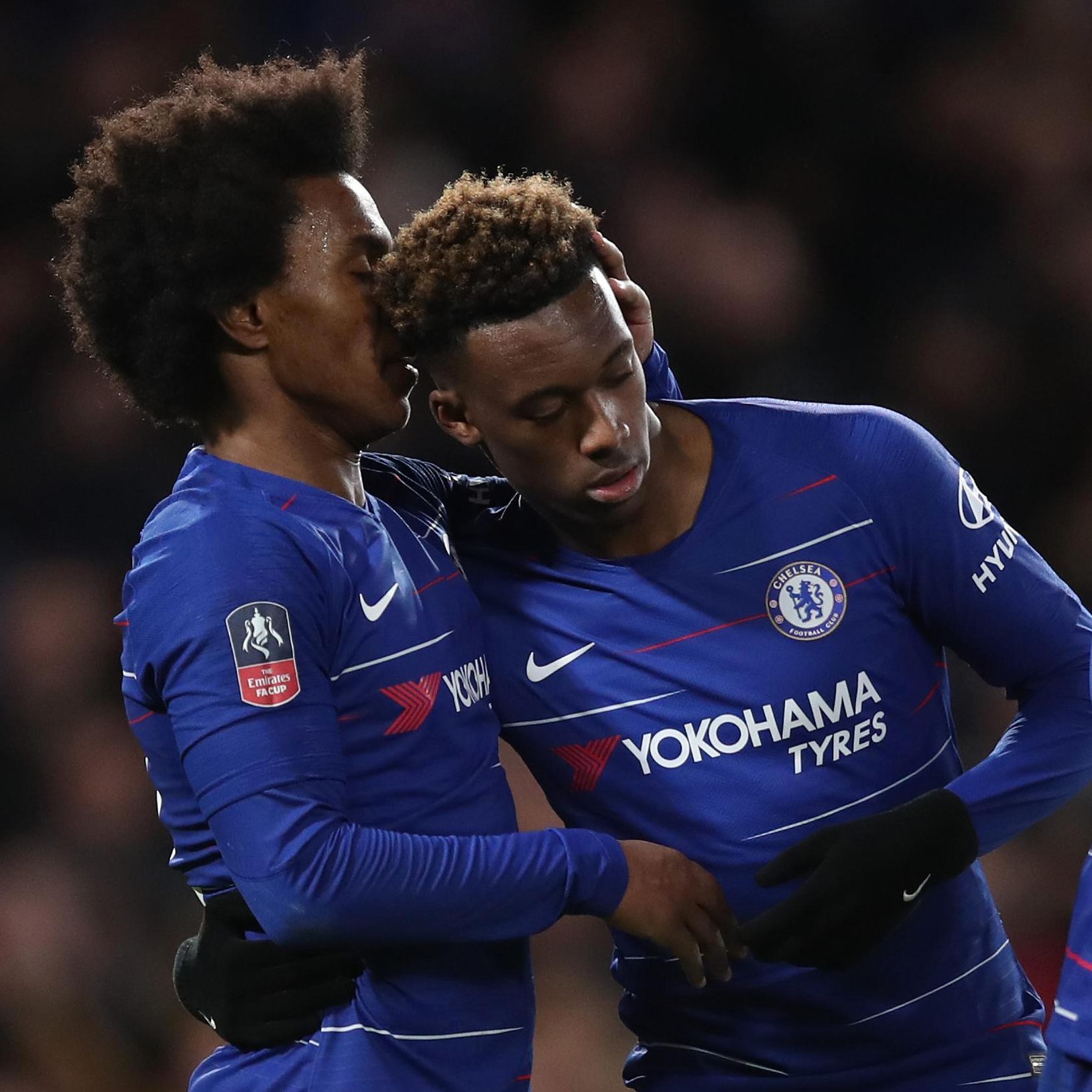 And, like many emerging talents at Stamford Bridge, he suspects the club will buy an expensive ready-made star over his head instead of taking a punt on a homegrown player.

Chelsea head to Bournemouth tonight with Sarri still hoping to sign a new midfielder as a replacement for the departed Cesc Fabregas — but that is looking unlikely after they missed out on Leandro Paredes from Zenit St Petersburg.

Argentinian Higuain has signed on loan from Juventus and after starring in the FA Cup match on Sunday, he is already feeling the force of English football.

Sarri said: “At the end of the game on Sunday, Higuain said, ‘It’s so aggressive’. It’s not easy, but I think he has the right experience. He is a great player so he has to run, to adapt, in a few matches.

“He has to do everything in less than one month, or it’s too late.” 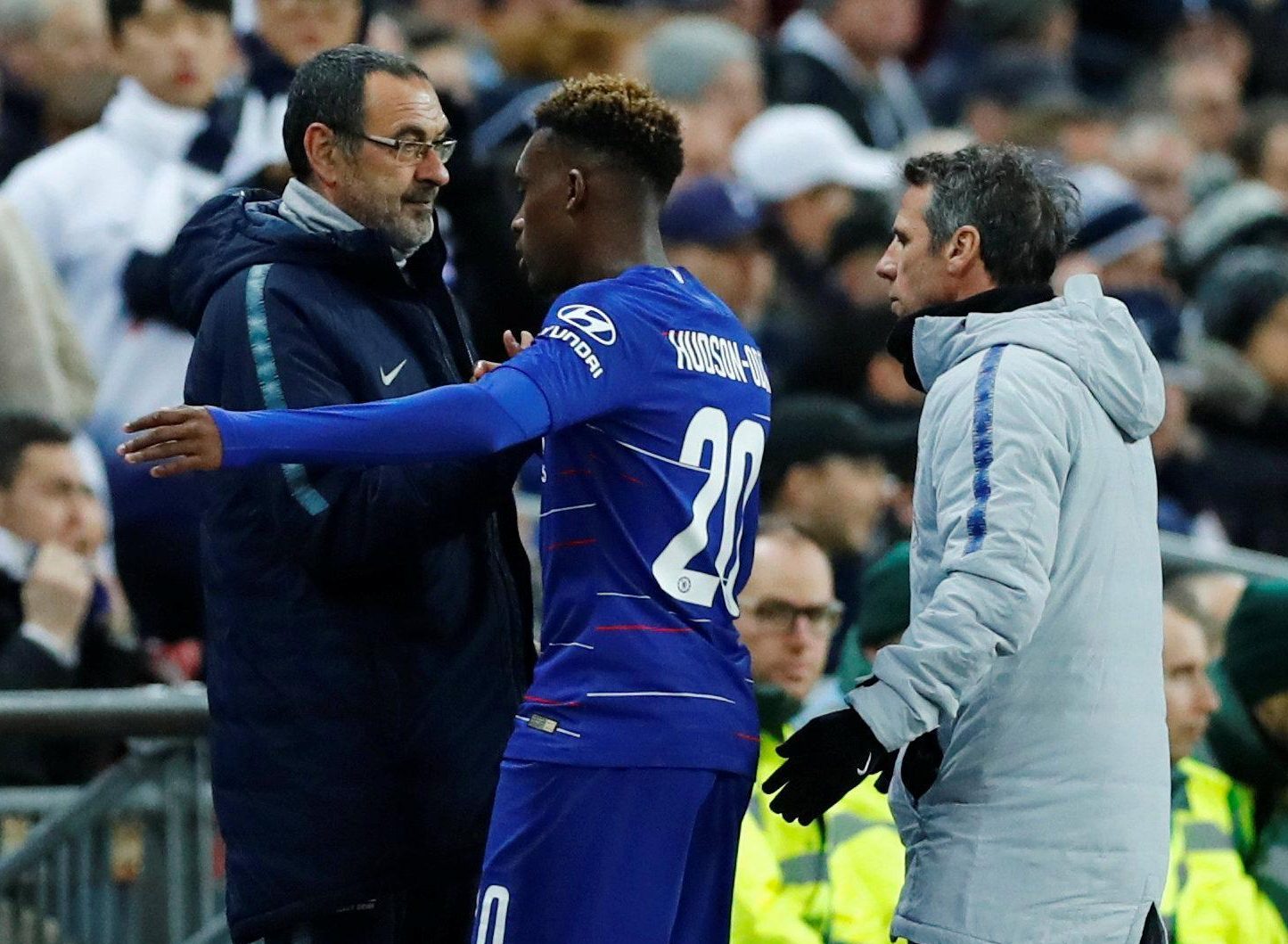 Chelsea travel to the south coast on a high — in stark contrast to a week ago when they were reeling from a 2-0 defeat to Arsenal.

Now they are in the Carabao Cup final and face Manchester United in the FA Cup fifth round next month, as well as being in the Premier League top four.

But Sarri warned: “Bournemouth have gained 21 points at home, scored nine more goals at home than away, and have conceded eight fewer at home than away. So to play there is really very difficult.

“They’re a good team with a really very special coach.

“It will be a very difficult day for us and very important for us, in this moment, to gain points.”