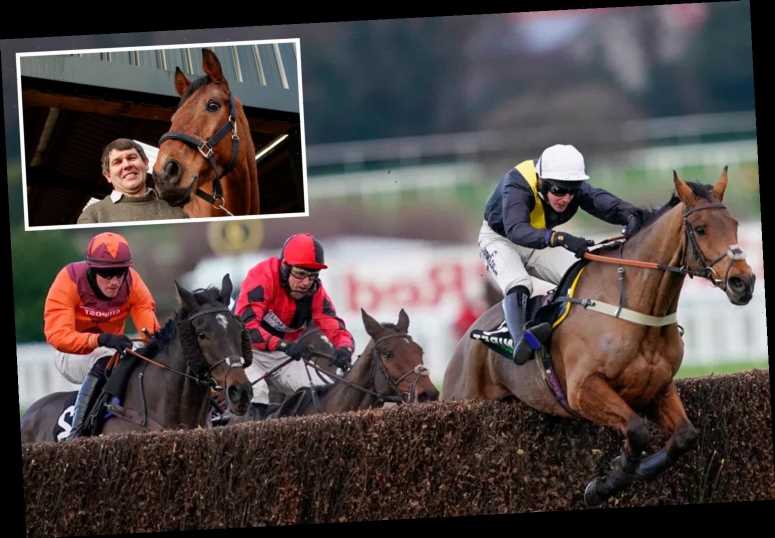 FEW trainers have gone from zero to hero as quickly as Sandy Thomson.

A little over five seasons ago he trained just six horses and admits ‘no-one had heard of us’. 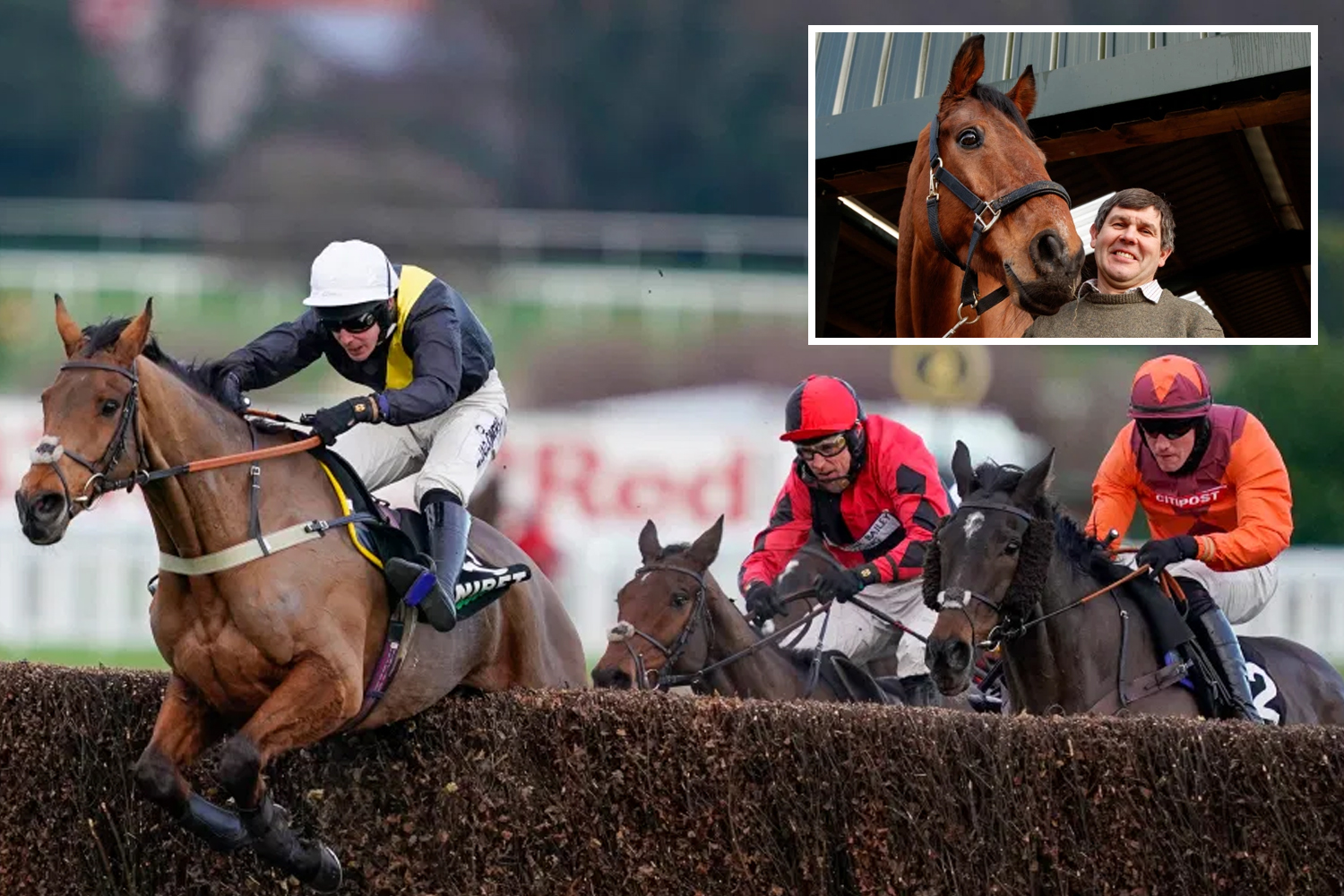 Now, he trains a veteran with a huge following, a dual Cheltenham Festival hero and the 2019 Irish Gold Cup winner.

Not a bad turnaround for a man who for many years was better known for his part in a rugby giant-killing in the 1980’s.

Thomson, 59, was part of the ‘South of Scotland’ team that humbled the mighty Australia on their tour of Britain.

But he jokes: “Training horses is much more brutal than international rugby!”

Paddy Power: £20 Risk Free Bet: New customers only. Place your FIRST bet on any sportsbook market and if it loses we will refund your stake in CASH. Max refund for this offer is £20. Only deposits made using Cards or Apple Pay will qualify for this promotion. T&Cs apply. Paddy's Rewards Club: Get a £10 free bet when you place 5x bets of £10+. T&Cs apply. 18+ Begambleaware.org

It has certainly been a tough road to the top for Thomson and his wife Quona, who is a key cog in their Berwickshire training operation.

Several lean years – including four consecutive seasons when the yard sent out just two winners – made them question whether they should carry on.

But everything changed when Seeyouatmidnight arrived in the stable in 2013.

He said: “Quona and I got together in about 2008 and it started out as a bit of fun with point-to-pointers.

“We ended up taking out a proper licence but we hadn’t had too much luck before Seeyouatmidnight came along.

“We had hoped one day to get up to about 35 horses one day and we were wondering where the horses were ever going to come from.

That’s not an overstatement.

The 11-year-old put the yard on the map with Grade 2 wins at Haydock and Cheltenham.

But he has always been fragile and a serious injury suffered during his 11th place finish in the 2018 Grand National looked to have brought his fairytale career to an end. 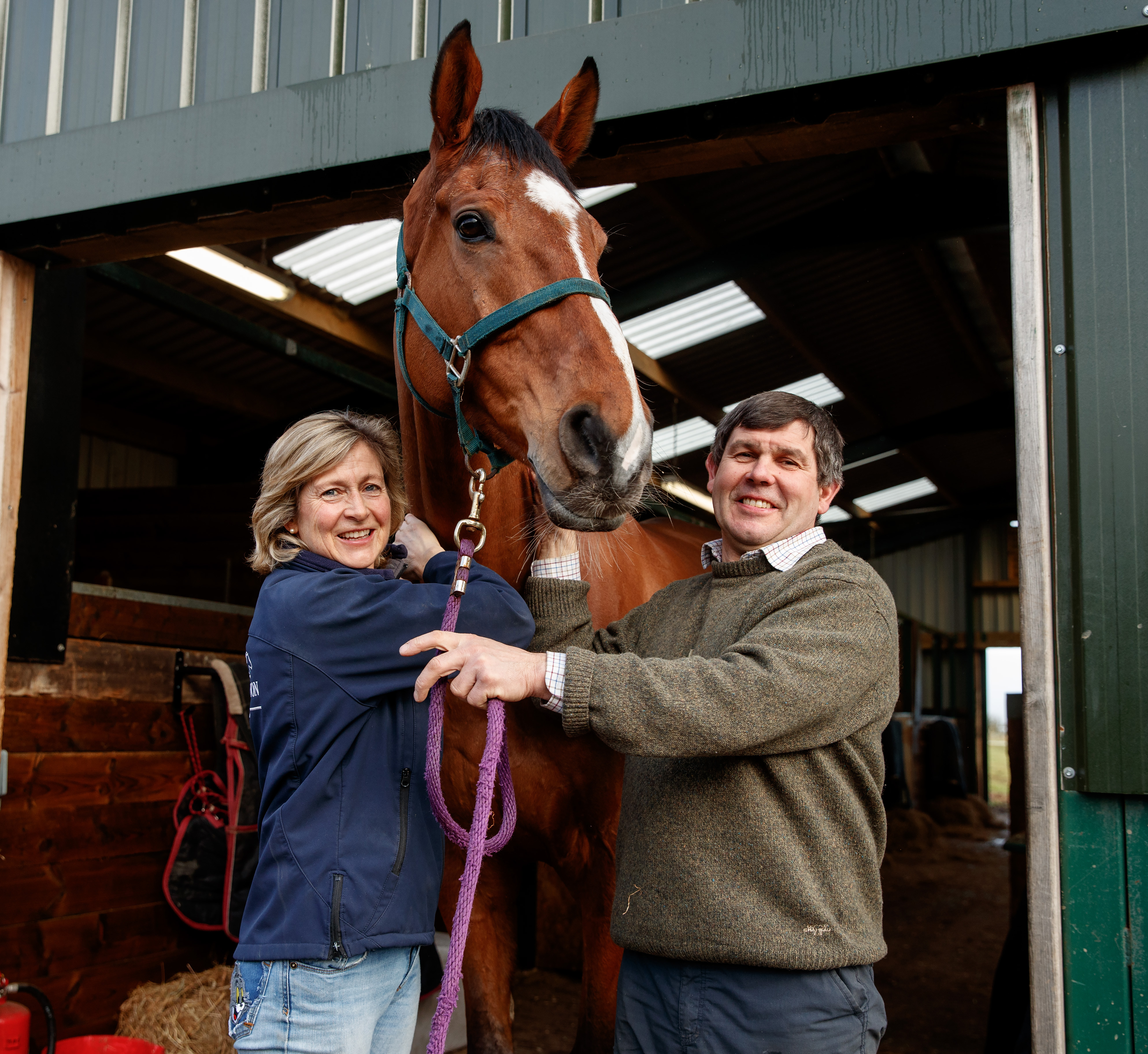 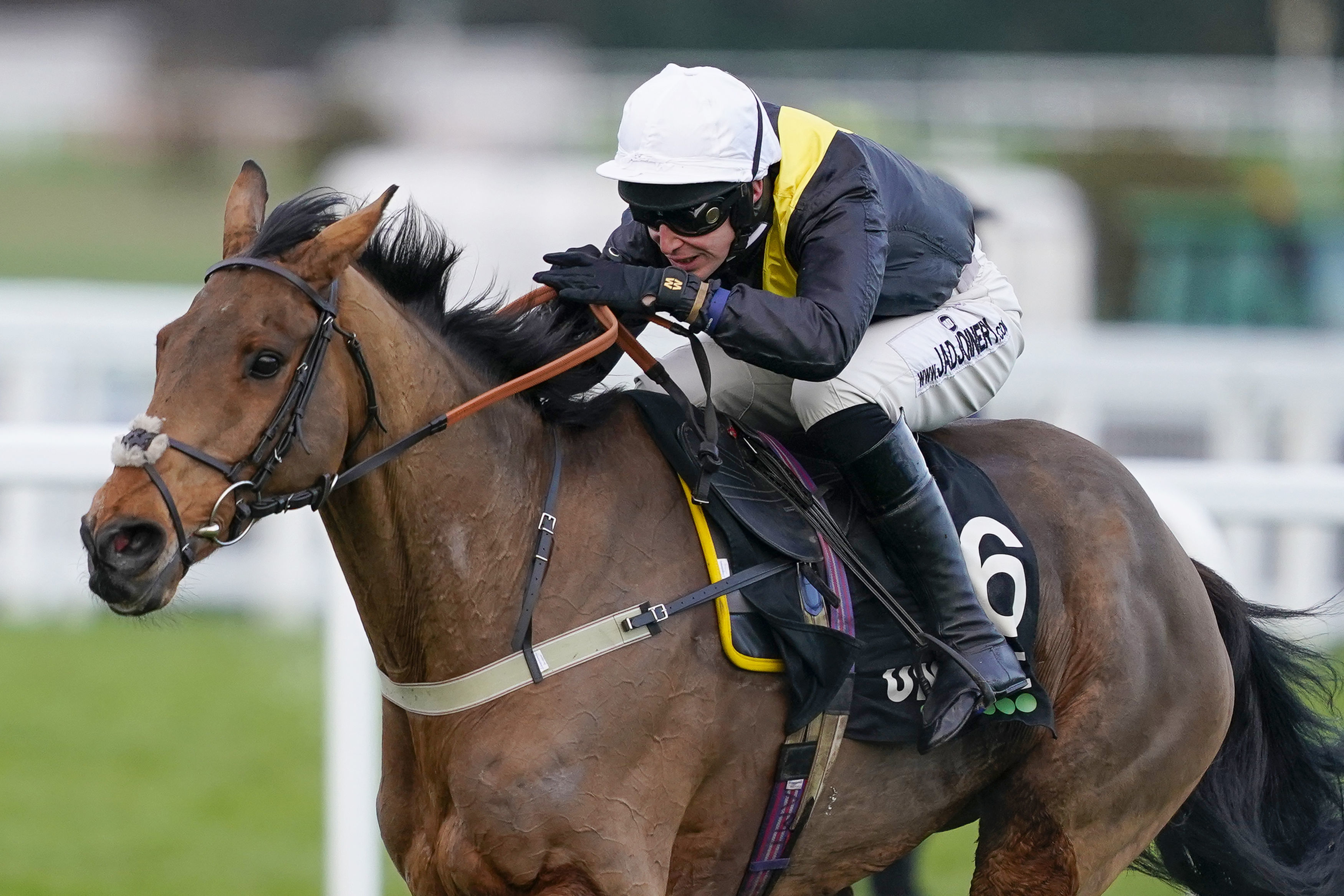 Thomson said: “He took us to some big days and some big races. Winning the Dipper at Cheltenham on New Year’s Day was massive.

“We were virtually unknown then, so to go down to a track like Cheltenham and do that was amazing.

“He wouldn’t be the only talented horse to have had his problems with injury.

“He picked up a suspensory ligament injury in the National and he was officially retired.

“But his owners made sure he stayed with us and we just hacked around on him. But he ended up back in good shape.

“We decided to go again with him and he won at Carlisle last March, which was very, very emotional."

And the popular chaser warmed the cockles with a stunning win in the valuable Veteran's Final at Sandown earlier this month.

Thomson added: “The win at Sandown the other day was the icing on the cake. He has a lot of fans so I know it meant something to a lot of people.

"We owe everything to him.”

Plans for Seeyouatmidnight are on hold right now, but Thomson is already busy plotting his next big-race coup.

He roared the house down when watching Yorkhill, the former Willie Mullins-trained superstar, win the Rehearsal Chase at Newcastle on just his second start for the yard. 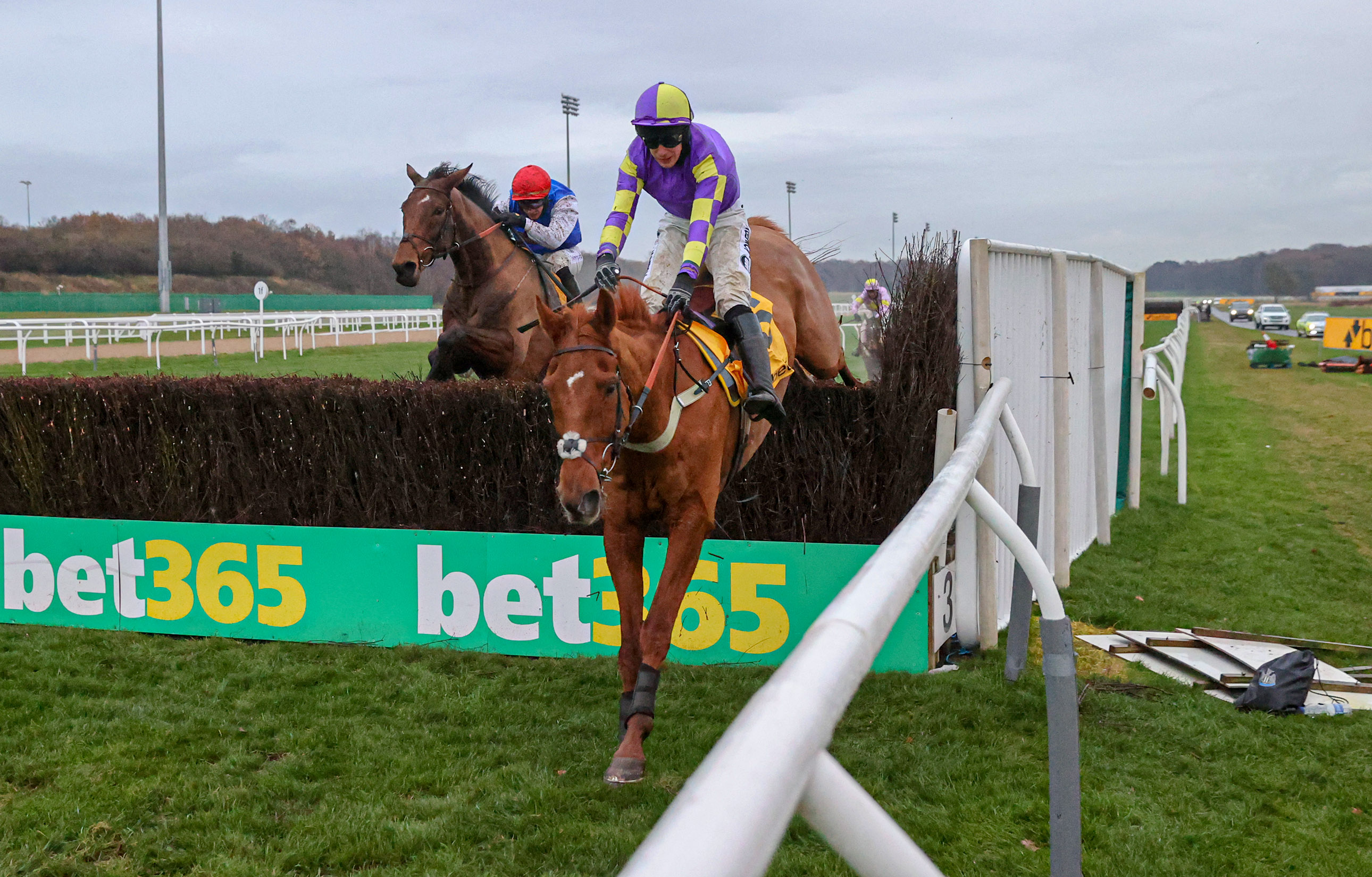 But he has rediscovered his mojo and is now being lined up for a big pot at Doncaster later this month.

Thomson said: “We are delighted with him. He did a really nice piece of work with Seeyouatmidnight the other week.

“He’ll go to the SkyBet Chase at Doncaster at the end of the month which would be a nice prize to win.

“He really has benefitted from the change of scenery and a more hands-on, one-on-one approach.

“He has days away, he goes down to the beach and down to Newcastle to keep things fresh.

“Keeping his life varied seems to do the trick.” 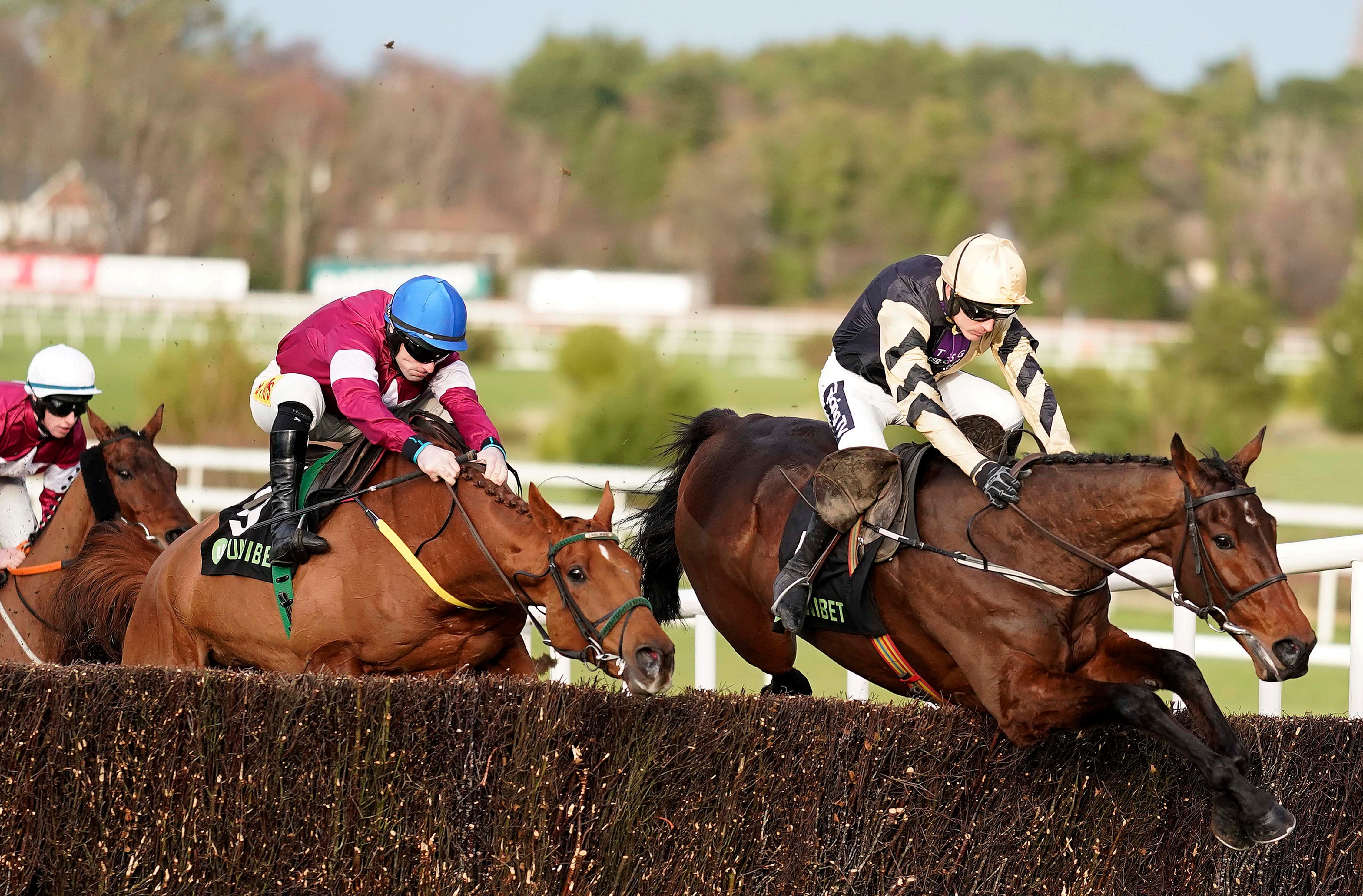 But Thomson is hoping to save his best magic trick ‘til last with Bellshill, another recruit from mega trainer Mullins.

The 11-year-old, a multiple Grade 1 winner in his pomp, blew away the cobwebs in the Betfair Chase in November – and is being plotted up for the Grand National.

“A lot of water has to go under the bridge between now and then and he will probably run next in the Premier Chase at Kelso.

“But I wouldn’t put you off if you fancied him.”