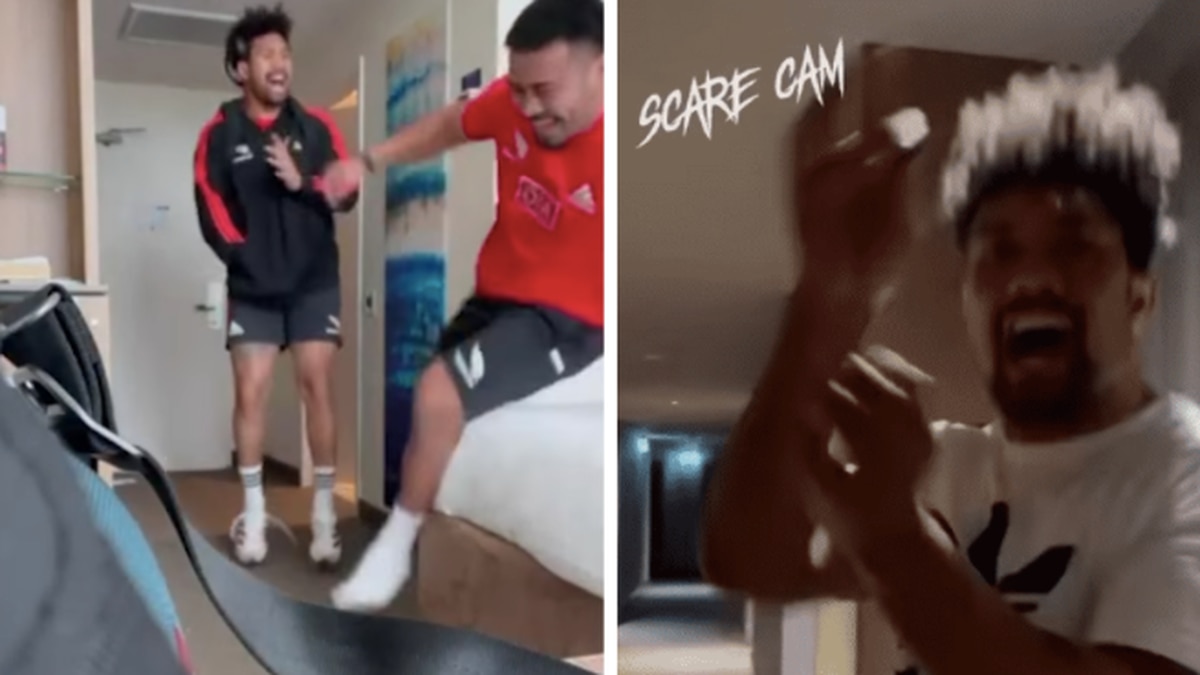 For anyone who thought hotel stays for the All Blacks were strict and regimented, well … think again.

Ardie Savea and roommate Asafo Aumua have been having fun scaring each other over the last couple of weeks, as they shared hotel rooms in the All Blacks travels.

In a video Savea posted to Instagram and the All Blacks team then reposted on Facebook, the two can be seen taking turns scaring the living daylights out of each other.

The “scare cam” video shows Savea hiding and then jumping in front of Aumua as he walks into a room, following by Aumua doing the same thing to Savea whenever he caught him off guard.

The two show they are great roommates who share a sense of humour and the same idea of fun and the video delighted rugby fans who loved to see the camaraderie between the two players.

On Facebook, the official All Blacks page described the footage as “comedy gold” – and rugby fans agreed.

“The last was the best. Ardie thought he had it covered,” one person said.

“I love this so much,” another Facebook user said.

On Instagram, the two players show they have great banter, teasing each other about the frights they got.

“This is so good. I needed a good laugh thank you usos,” actor Robbie Magasiva commented.

On Savea’s Instagram, the video has been viewed nearly 90,000 times in just three days.