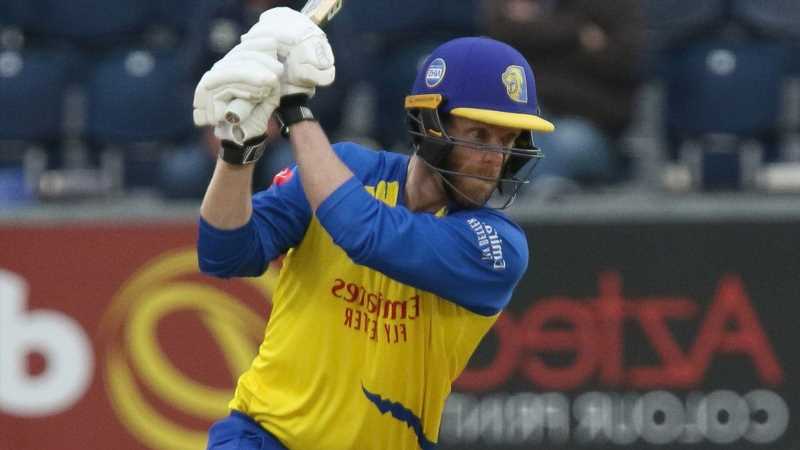 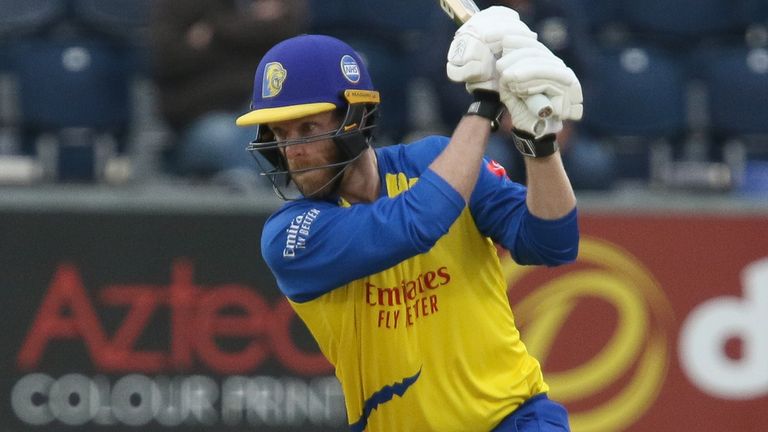 Graham Clark and Alex Lees made an astonishing opening partnership of 241 to achieve Durham’s highest-ever one-day score as they thrashed Kent by 102 runs in Beckenham on the first day of the 2021 Royal London One-Day Cup.

Clark – whose List A average is around the 21 mark – bludgeoned a brutal, career-high 141 off just 119 balls, including 22 boundaries, with fellow opener Lees supporting him ably with a more measured 101 off 98.

Australia batsman Cameron Bancroft and David Bedingham both added quick 60s off fewer than 40 balls as Durham posted a mammoth 405-4, beating the previous record from 2014 by more than 50 runs.

Veteran all-rounder Darren Stevens, 45, was the pick of the bowlers with 1-50 off eight overs, but it was a day to forget for Kent in the field, as they put down four catches and were suitably punished with a total of 225 runs added by batters after they had been dropped.

Chris Rushworth, 35, took three quick wickets for Durham – all caught by Scott Borthwick at slip – to take the sting out of the run chase, and despite George Munsey’s confident 96 and Harry Finch’s stubborn 64, Kent finished second best by a distance.

Glamorgan ground out a narrow two-wicket win against Warwickshire in Cardiff, surpassing the away side’s total of 221 with just two balls remaining.

Opener Chris Benjamin’s 50 and captain Michael Burgess’ 73 were the only real scores of note from Warwickshire’s innings, with Michael Hogan’s 2-25 and Joe Cooke’s 3-35 off 10 overs particular highlights from the bowlers.

Just look at these career stats… 👀

Surrey eased to a five-wicket Group B victory over Yorkshire at Scarborough, sealed with more than 10 overs remaining.

Alec Stewart’s side won the toss and bowled, getting the hosts out for 165 after just 34.1 overs thanks to Gus Atkinson’s excellent 4-43 on his List A debut and spinner Dan Moriarty’s economical 2-45 off their respective 10 overs on a fast, bouncy pitch.

Matt Revis, with a run-a-ball 43, and Gary Ballance, with 39, were the only batsmen to pass 15 as Surrey kept the pressure on with constant wickets.

Mark Stoneman – recently returned from a loan spell at Yorkshire – then anchored the Surrey chase, finishing on a watchful 73 not out with support from captain Hashim Amla (29), who passed 10,000 runs in this format; Yorkshire’s Mat Pillans took 4-57 against his former club but it was not enough to prevent a comfortable win.

Leicestershire withstood a wonderful knock of 116 from opposing captain Billy Godleman as they defeated Derbyshire at Grace Road.

Godleman, on his return after an absence from cricket, hit ten fours and two sixes in a sumptuous innings – his seventh ton in the format – but Brooke Guest (40), Harvey Hosein (38) and Matthew McKiernan (20) were the only others to pass double figures as Arron Lilley’s 3-49 kept Derbyshire to a sub-par 275.

Rishi Patel and Nick Welch started well before Welch, 23, suffered a serious knee injury in a fall and was stretchered off after receiving treatment on the pitch for 10 minutes.

Despite that blow, Australian Marcus Harris struck 75 and first-time captain Lewis Hill 51 as Leicestershire overtook the total needed with 21 balls to go.

A Tom Westley 69 helped Essex comfortably beat Hampshire by three wickets on a scorching afternoon at the Ageas Bowl.

The home side recovered well from an early Tom Prest dismissal, with Nick Gubbins, Joe Weatherley and Lewis McManus hitting fifties, but Jamie Porter’s miserly 1-31 and Simon Harmer’s 3-42 restricted Hampshire to an under-par 273.

Skipper Tom Westley came in at 8-2 and hit 12 fours in a fine 69, with solid if unspectacular support from Paul Walter and Michael Pepper before Harmer and Aron Nijjar took over with the side wobbling at 221-7.

But the spin pair – who earlier took five wickets between them – kept cool with a 54 partnership to get Essex over the line with five-and-a-half overs to spare, securing an opening-day win.