RONNIE O’Sullivan’s devastated daughter has revealed how the star has NEVER once bothered to see his 21-month-old granddaughter.

The snooker legend, now 44, had told of his delight at becoming a grandfather at 42 — and spoke about how he couldn’t wait to meet tiny Zarah-Ann. 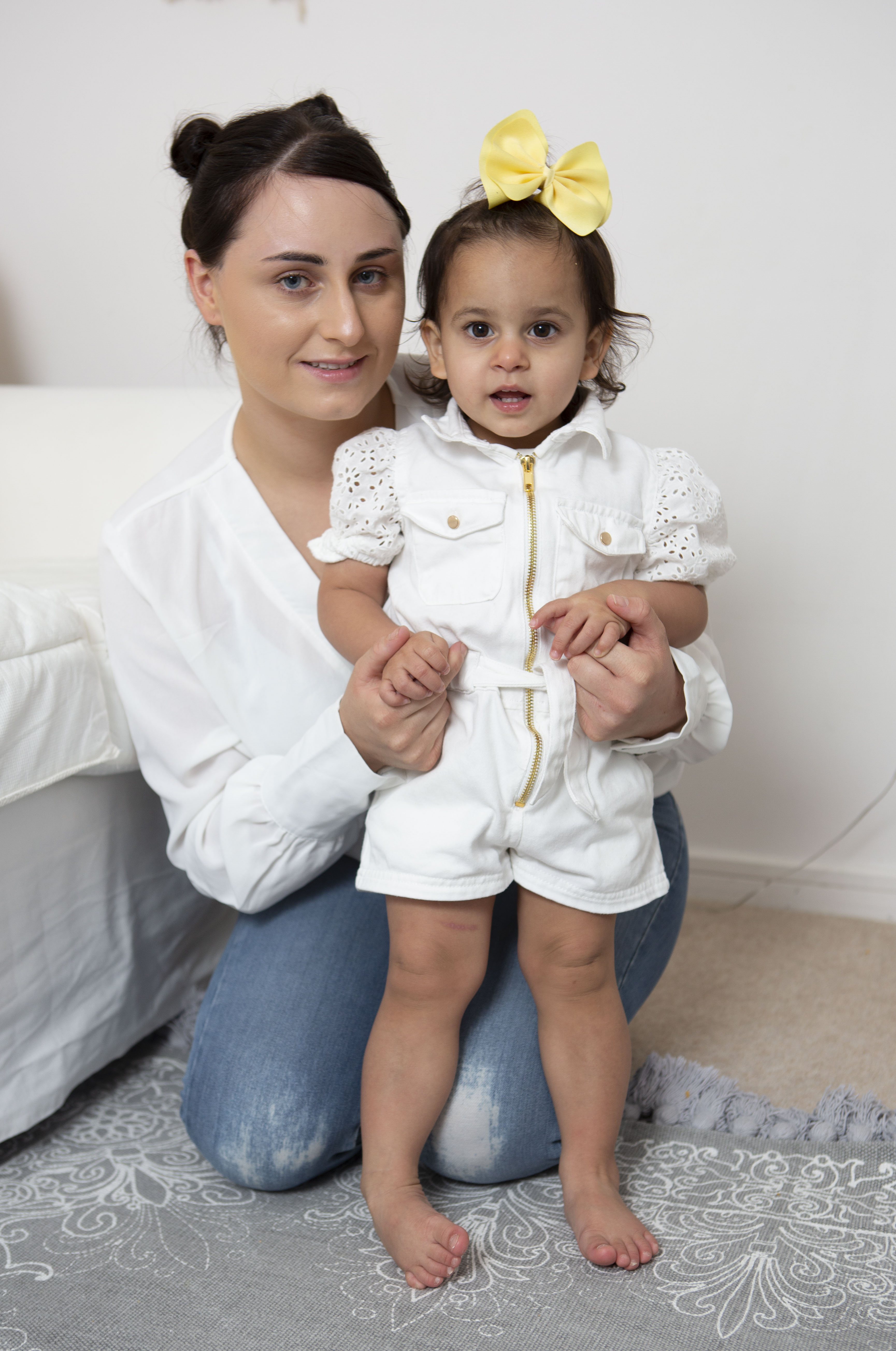 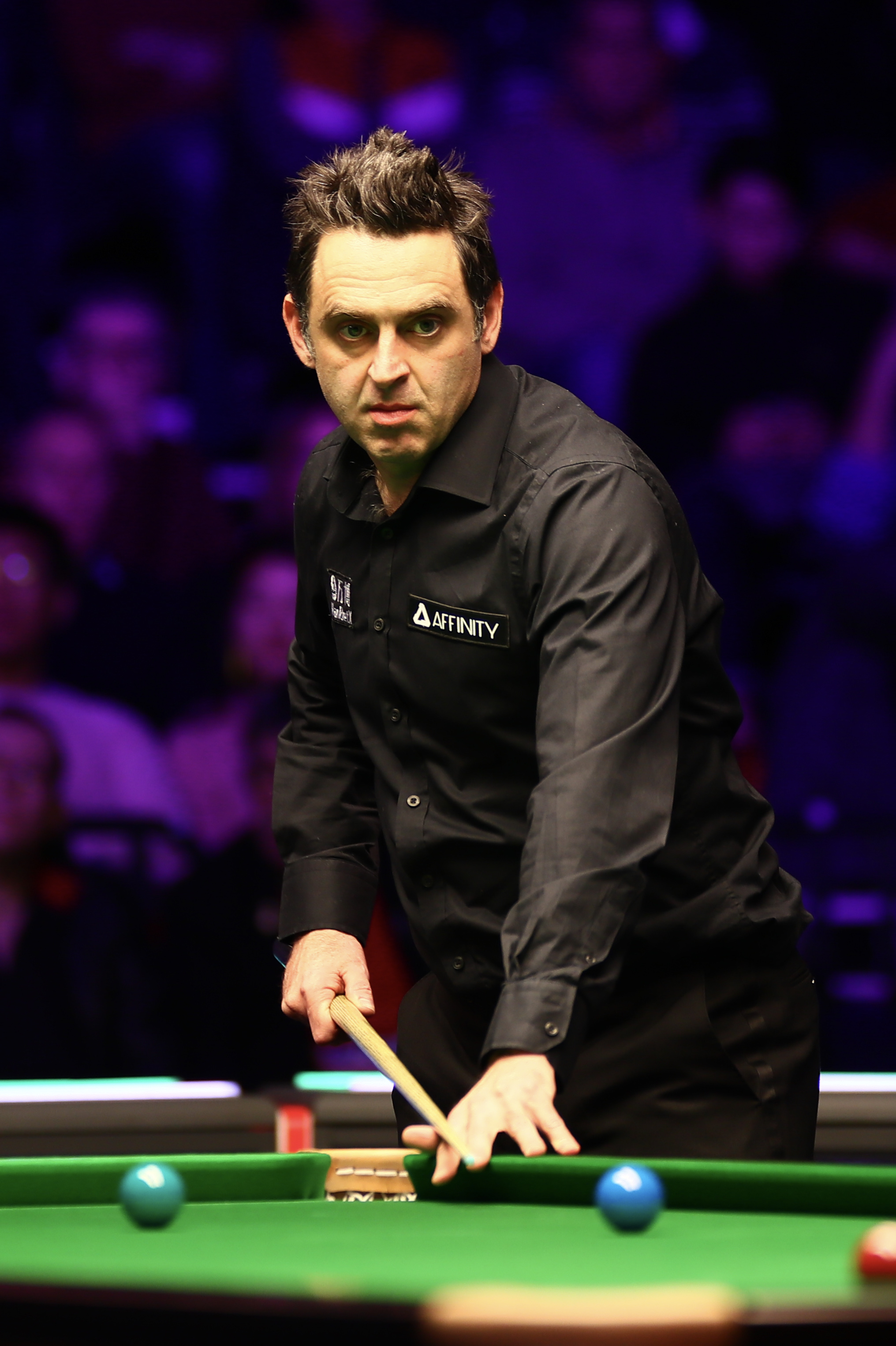 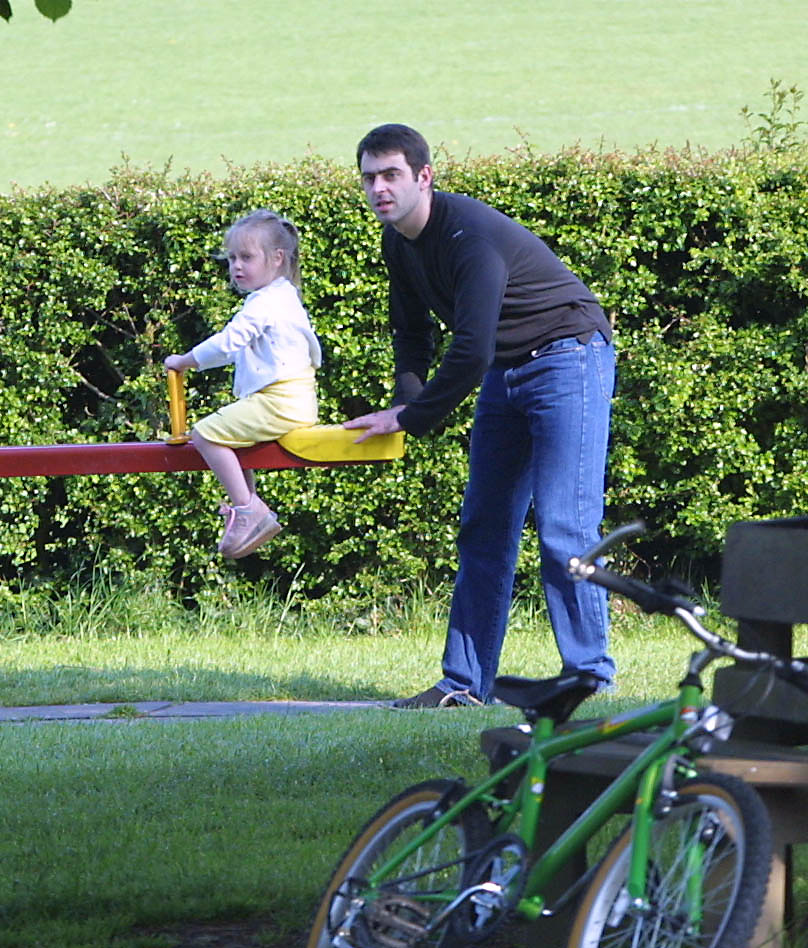 But today, in an exclusive interview with this paper, Ronnie’s daughter Taylor-Ann Magnus reveals how the star has shunned her attempts to introduce the tot to him — and claims he only ever spoke to her through a friend.

Taylor-Ann, 23, is Ronnie’s daughter with Sally-Ann Magnus, who he had a year-long relationship with in the Nineties.

Sally-Ann moved into Ronnie’s family home in 1996 when both his parents were jailed — his dad for murder, and his mum for tax evasion.

But when Ronnie’s feisty Italian mum Maria was released from prison she kicked out Sally-Ann and the relationship didn’t last.

Even since, Taylor-Ann has barely had any relationship at all with her dad.

She said of cue ace Ronnie, who starts his bid to win a sixth World Championship tonight: “He might be world champion to some but he’s not fit to be called ‘Dad’ let alone ‘Grandad’ as far as I’m concerned.

“Zarah-Ann will grow up never knowing who he is. He’s made so many promises, but what he says and what he does are so different.”

The 23-year-old has only ever met her dad 12 times in her life — and even on those rare occasions he found time to accuse her of treating him like a cash machine.

He’s made so many promises, but what he says and what he does are so different.

And as he dazzles fans with his prowess at the Crucible this week, Taylor-Ann has sent Ronnie a rocket: “Having a really st parent like you has shown me what is important in life.

"I have learnt from your mistakes and I know what actually matters.

“I am grateful for that — it’s the only valuable thing you’ve ever given me.”

Today she reveals how she has been devastated to have her hopes dashed that she and Ronnie could reconcile after he went public about wanting to see his granddaughter.

Speaking in an interview with this paper less than two years ago, he said: “Taylor and I are not as close as we’d like to be.

“At some point it might correct itself and I’d love to be part of my granddaughter’s life.”

Taylor-Ann, who gave birth in October 2018, said: “When I read that Dad had said he wanted to see Zarah I thought there was a chance we could be a normal family and he could be a grandad to her.

“I had always hoped for a better, closer, more loving relationship with my dad and think I’ve been waiting for him my whole life.

"When I announced I was pregnant there was a little flurry of interest from Ronnie. 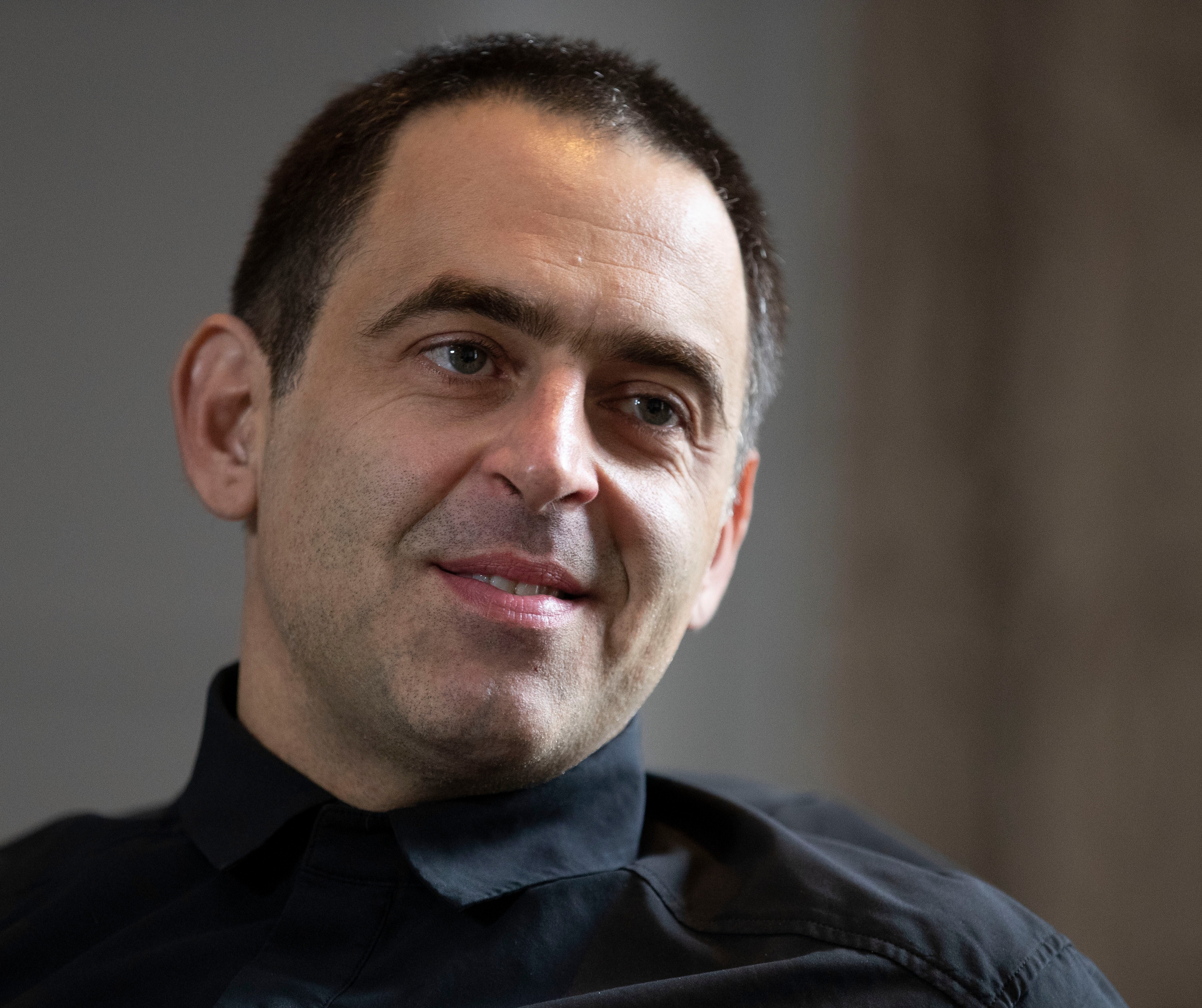 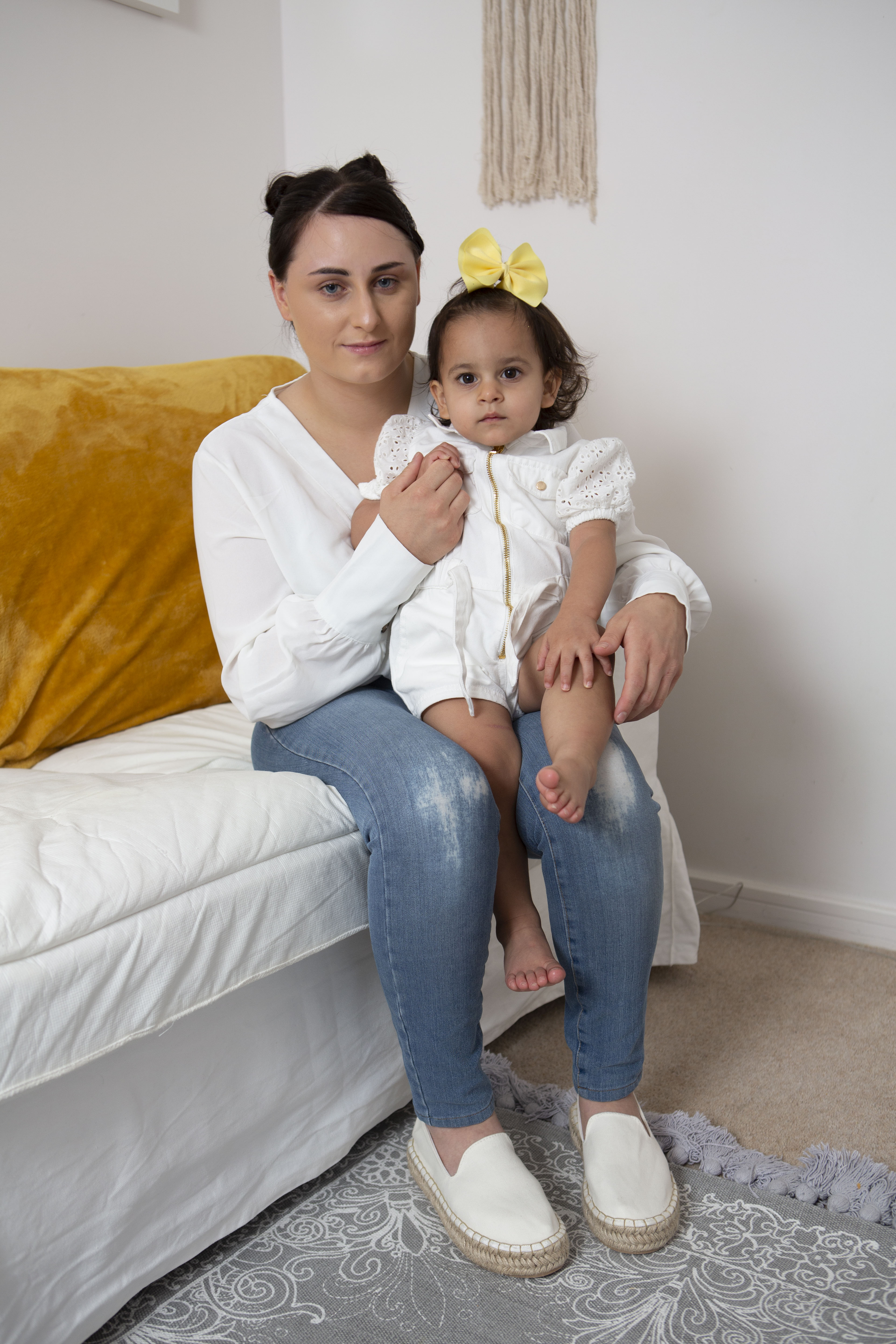 “His friend called me a couple of times and said Ronnie was really excited about being a grandad.

“I should have known better than to get my hopes up.

"He told a few reporters how sad he was that we aren’t closer, and mentioned how much he’d love to see my daughter but that was pretty much it. it was just a show.

“He never contacted me personally once. It broke my heart.”

Sickened and disappointed by his callous disregard, Taylor-Ann has now turned her back on her father, who has potted more than £11million in prize money.

She says: “I’ve deleted his number and moved on. I couldn’t send pictures of Zarah-Ann or anything. I had to just stop worrying about whether he might want to be part of her life.”

The lack of contact with her dad has always troubled Taylor-Ann.

She said: “It was a constant source of confusion and unhappiness for me.

“It’s hard as a child to manage distant and difficult parents yet somehow you’re left blaming yourself, as if you were the one in the wrong because they didn’t want to know you.

“Having a daughter of my own has really helped put all that misery into perspective.

“I am actually grateful to Ronnie for showing me how to be a better parent than he could ever achieve.

“I don’t have his millions but my daughter will never want for my attention.

"She will grow up secure with the love and support of her parents — and she will be richer for it — I know from my own experience that love and time are gifts that money just can’t buy.

“Sadly, I don’t think my dad understands. He’s trapped in a world where he thinks people only want him for his money — even me — although I just wanted a dad.”

Taylor-Ann works as an Uber driver part-time to help support Zarah-Ann with her partner Naihan Chowdhury, 24.

The couple met when they delivered car parts together. Now Naihan has been promoted and the little family have moved from their one-bedroom flat in Romford, Essex, to a slightly bigger one round the corner. 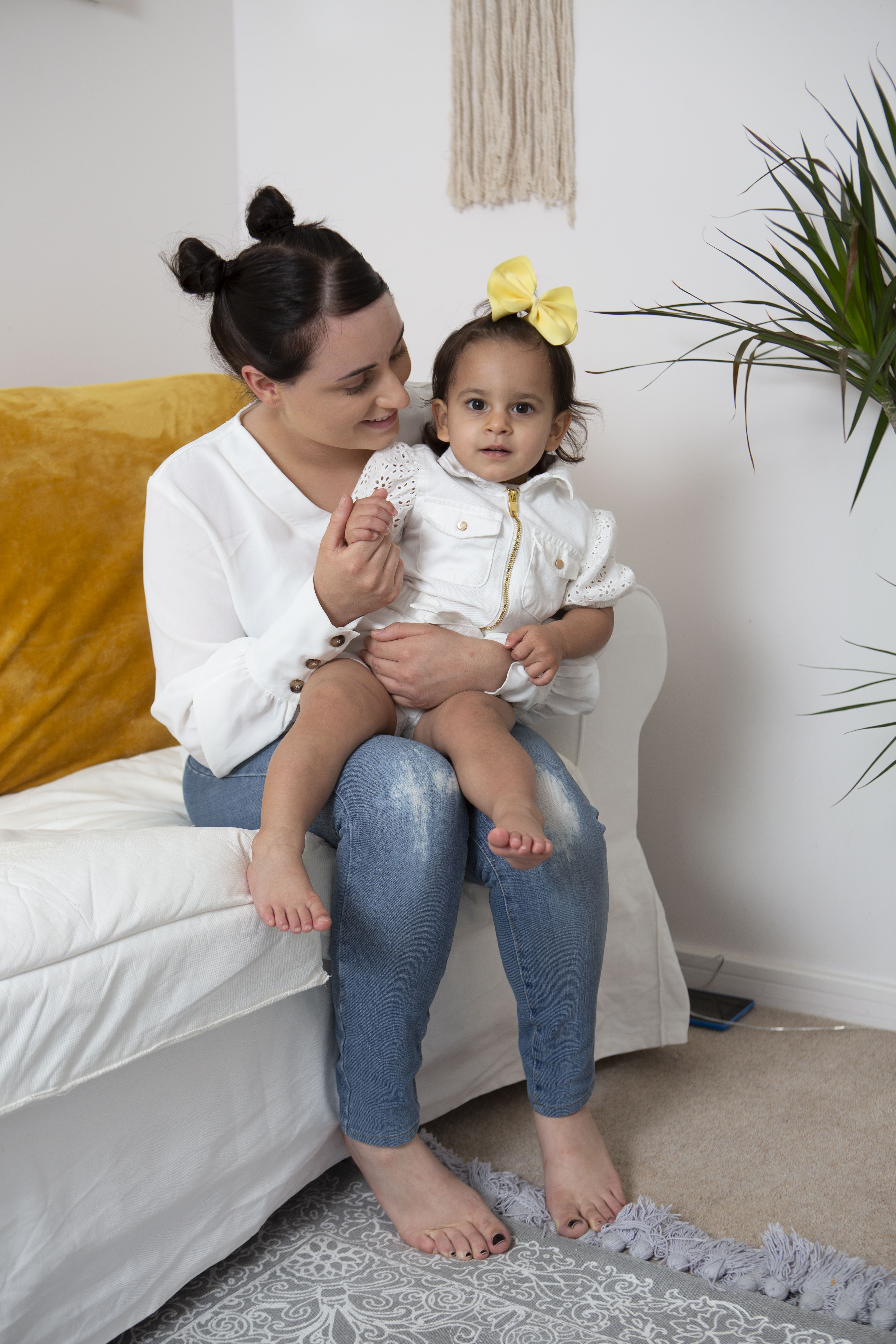 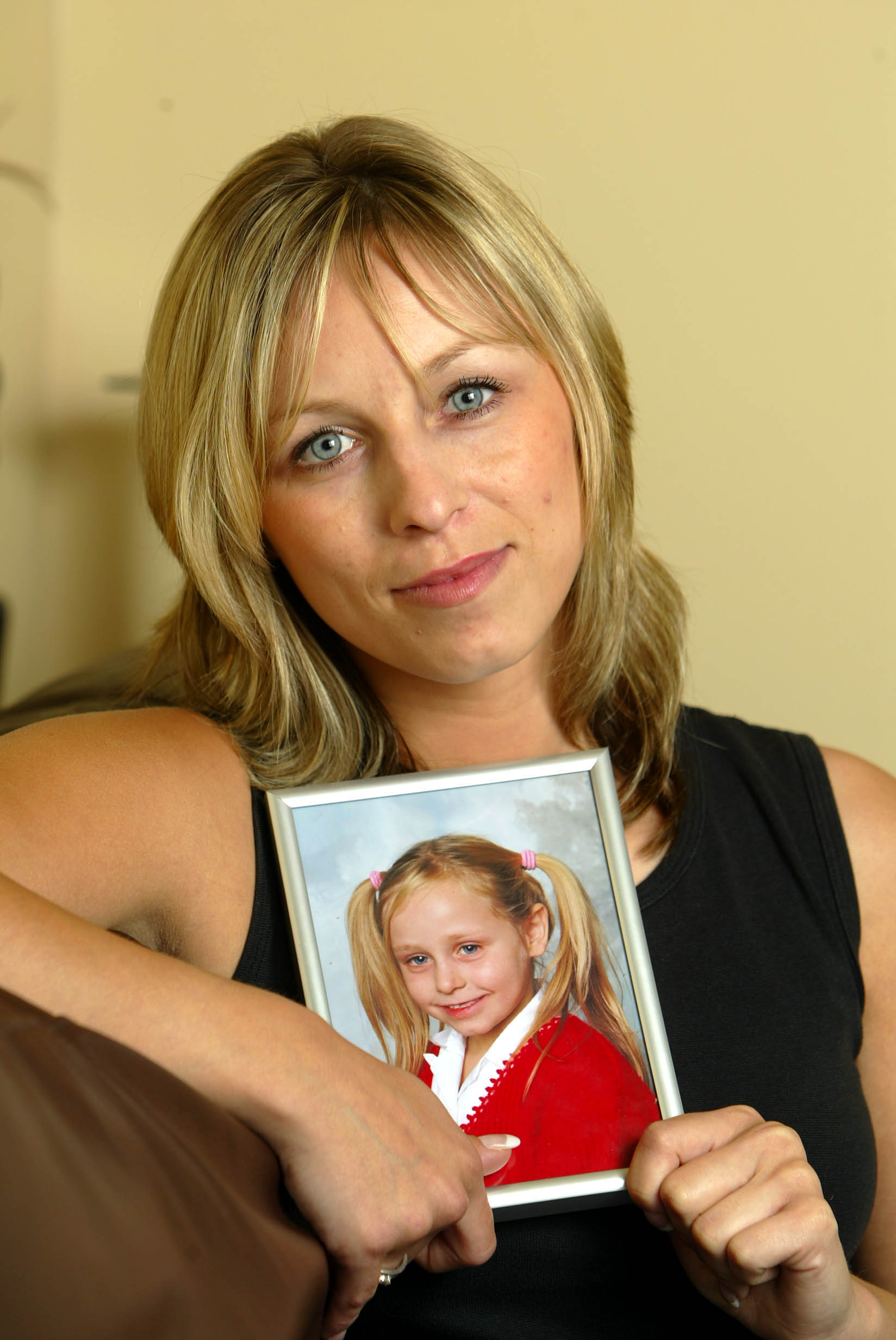 She said: “Having Zarah-Ann has completed us. We both love her so much. She’s brought incredible joy with her. We’re just a normal little family, working together to give our girl the best start we can.

“Just seeing how Naihan is with her makes me so proud of him.

“He will never have money like my dad, but it’s my dad I pity — he’s missed out on so much.

“People are so desperate to make millions or win the Lottery, but from what I’ve seen, money, greed and selfishness destroy people.

“I like driving for Uber, but if my dad ever wanted a lift he’d never be allowed in the back of my car.

“My dad once said, ‘I don’t like being told what to do. The moment someone tells me what to do I’m like ‘fk you’. I just can’t deal with it. I wish I wasn’t like that, but that’s just how I am’.”

Taylor-Ann explained: “When I read that, it made sense. I felt that was his reaction when he was told he was my dad.

“He just thought ‘fk you’ and walked away. On the few occasions that I’ve tried to reach out to him he’s convinced himself I’m just after his money.

“But as far as I can see his fame and fortune have caused nothing but misery for his entire family.

Having a daughter of my own has really helped put all that misery into perspective.

“They’re a very sad and angry bunch. Drink, drugs and crime have played as big a part in their lives as snooker or all the fame and money it’s bought them and none of it seems to make them happy. I actually feel blessed to have escaped.”

Now Taylor-Ann and Naihan juggle working and childcare with the help of their families.

After Ronnie’s relationship with Taylor-Ann’s mum ended, he went on to father two more children — Lily, 14, and Ronnie Jnr, 12 — with Jo Langley, who he met at Narcotics Anonymous.

Now engaged to Holby City star Laila Rouass, Ronnie seems to have battled his addiction demons but his family is still very broken.

Earlier this year his younger sister Danielle revealed her mum’s contempt for Laila, branding the actress a “s**g”.

Taylor-Ann explains: “When I was a kid I got briefly caught up in all the O’Sullivan dramas. I was picked up and put down at his whim, let down, disappointed and hurt.

"Having a daughter and family of my own has been the making of me. I’ve reached the point where I actually pity him and his family. A member of his family rang me repeatedly a few months ago.

“She was drunk and ranting and calling me a grass for putting my side of the story on the record.

“Eventually I put the phone down and blocked them. I’m glad to be out of it. 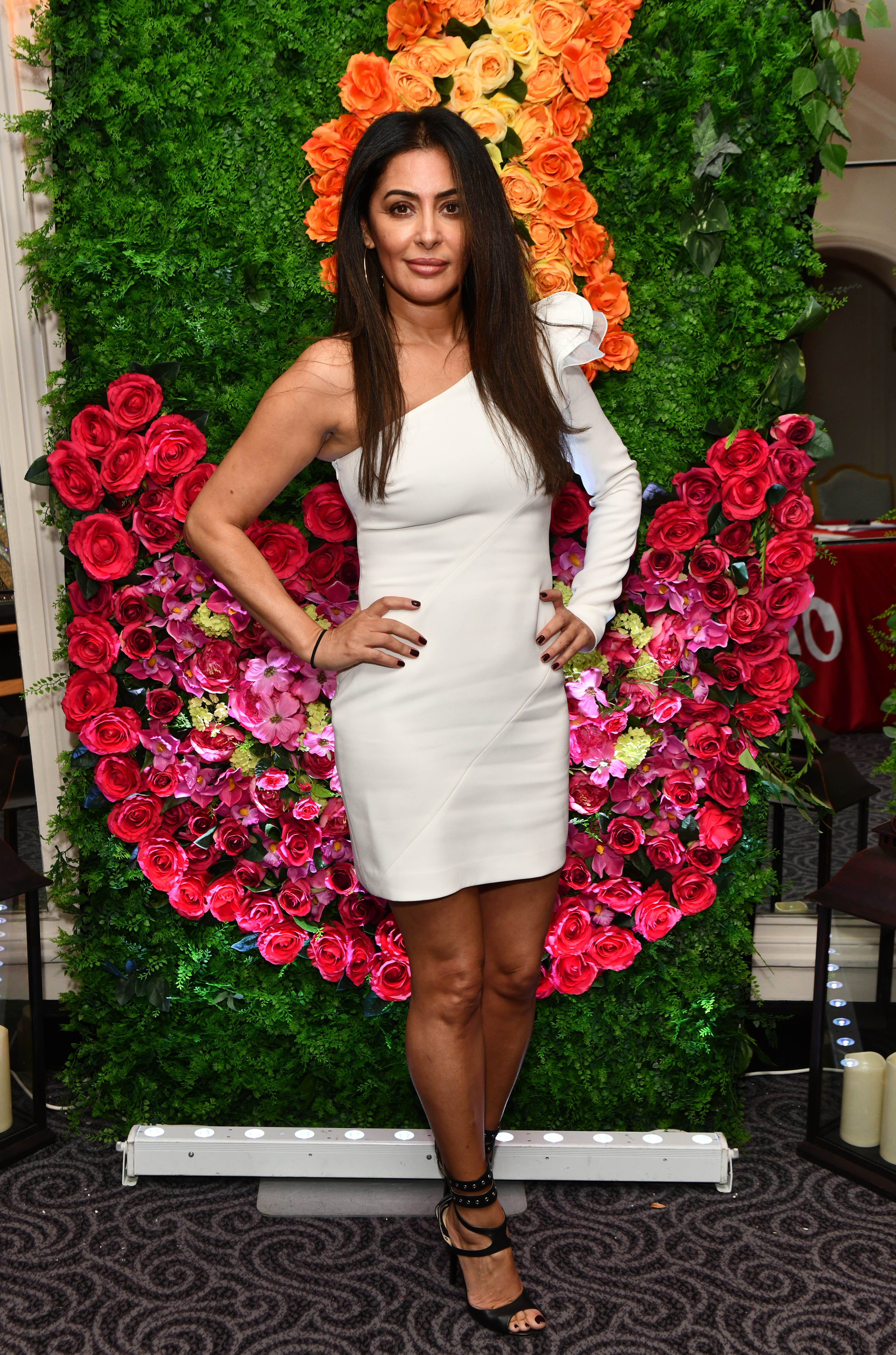 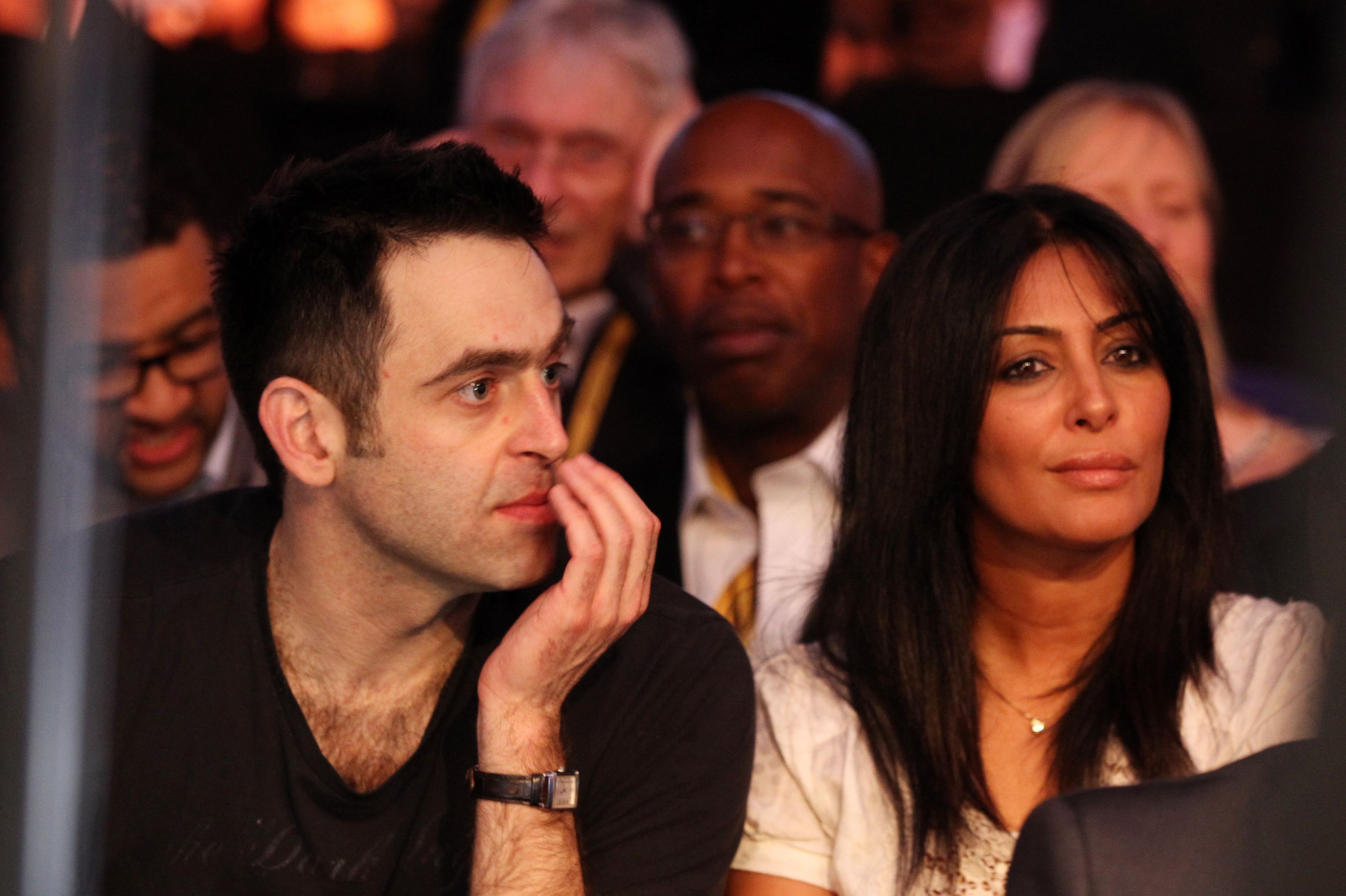 “Zarah-Ann has really helped put my priorities in order. There are many people who completely idolise my dad, and I’ll admit he has achieved incredible things in snooker, but I won’t be watching the tournament.

“I hope for his sake he does well and gets to lift the trophy and kiss it — but it’s no substitute for kissing my gorgeous little girl.”

It was the same year his dad, Ronnie Snr, was jailed for life for murder.

And despite winning five world titles he has threatened to quit the sport on numerous occasions. His personal life has been just as turbulent.

Ronnie started dating Sally-Ann Magnus, 42, in 1994 but the pair split after just over a year together.

A month later she discovered she was pregnant with his daughter Taylor-Ann, who was born in 1996.

He admitted in his 2013 autobiography that she has “never really been part of her life”.

In 2000 he was admitted to the Priory for treatment for drink and drug addiction. He later admitted to downing 15 pints of Guinness and smoking spliffs the night before matches.

It was shortly after that that he met ex Jo Langley, who he had kids Lily and Ronnie with.

But the pair split acrimoniously in 2008 – leaving Ronnie having to go through the courts to see their children.

He has been dating Holby City actress Laila Rouass since 2012. The couple got engaged in 2013.