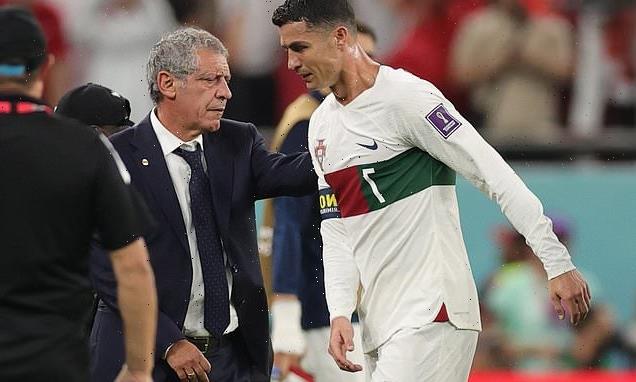 Cristiano Ronaldo leads a group of ten Portugal players who have fallen silent after the dismissal of manager Fernando Santos following their dismal World Cup exit at the hands of Morocco in the quarter-finals.

Santos was axed on Thursday following their 1-0 defeat to the North African side to cap off a tension-filled tournament dominated by Ronaldo, who did not seen eye-to-eye with his coach in Qatar amid issues with his behaviour – before he was dropped for the knockout games against Switzerland and Morocco.

Now Portuguese outlets Record and A Bola have documented the divide among the squad – with ten stars failing to acknowledge Santos following his sacking, despite leading the team to Euro 2016 glory – as well as the Nations League in 2018-19. 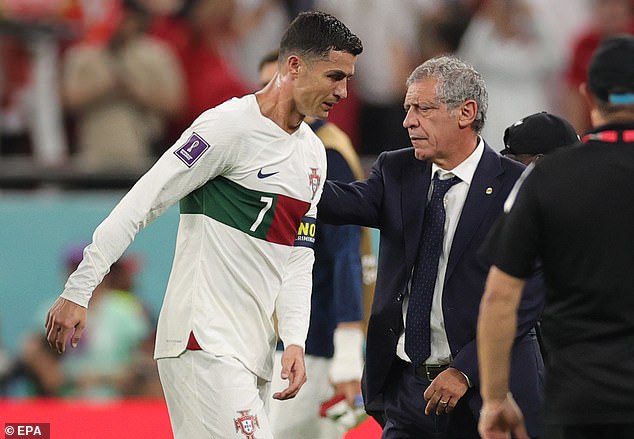 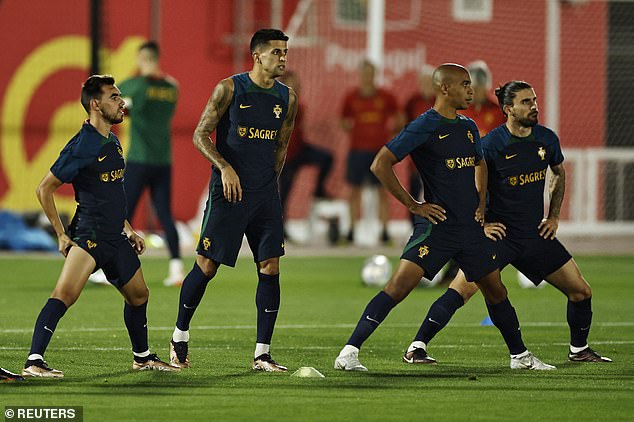 The other players who have followed Ronaldo in staying silent are Joao Cancelo – who has also had an uneasy relationship with Santos – Diogo Costa, Jose Sa, Diogo Dalot, Antonio Silva, Joao Palhinha, Ruben Neves, Ricardo Horta and Rafael Leao.

It comes just days after Ronaldo’s partner Georgina Rodriguez hit out at Santos for making ‘the wrong decision’ for benching him against the Moroccans.

She wrote on Instagram: ‘Today your friend and coach decided wrong. That friend for whom you have so many words of admiration and respect.

‘The same one who, by getting you into the game, saw how everything changed, but it was too late. You cannot underestimate the best player in the world, his most powerful weapon.

‘Nor can you stick up for someone who doesn’t deserve it. Life teaches us lessons. Today we have not lost, we have learned.’ 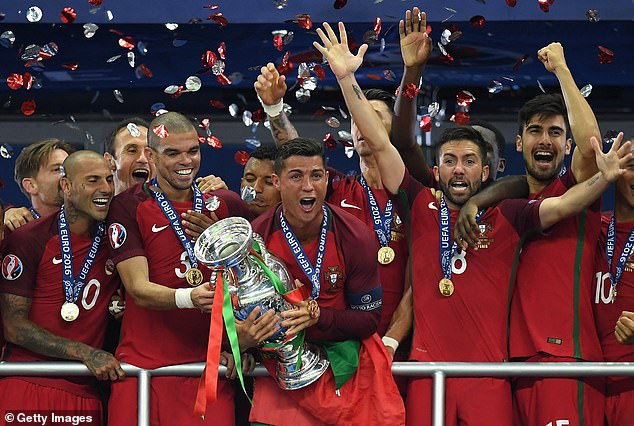 Santos also vented his frustrations at Ronaldo after his poor reaction to being subbed off against South Korea in the group stages.

‘But from that moment onwards, everything is finished – full stop regarding that issue. Now, we have to think about tomorrow’s match, and everyone is focused on tomorrow’s match.’

Paulo Fonseca has been tipped to replace Santos, who was thanked by the Portuguese federation for his work since taking over in 2014.

‘It was an honour to have a coach and a person like Fernando Santos at the head of the national team.

‘The FPF thanks Fernando Santos and his technical team for the services provided over eight unique years and believes that this thanks is also made on behalf of the Portuguese people.

‘The FPF board will now begin the process of choosing the next national coach.’