The record-setting 359th straight pass came on a 24-yard, third-quarter touchdown toss to Randall Cobb, which put the Packers ahead 27-7 over Atlanta. The Packers went on to beat the Falcons 34-20. 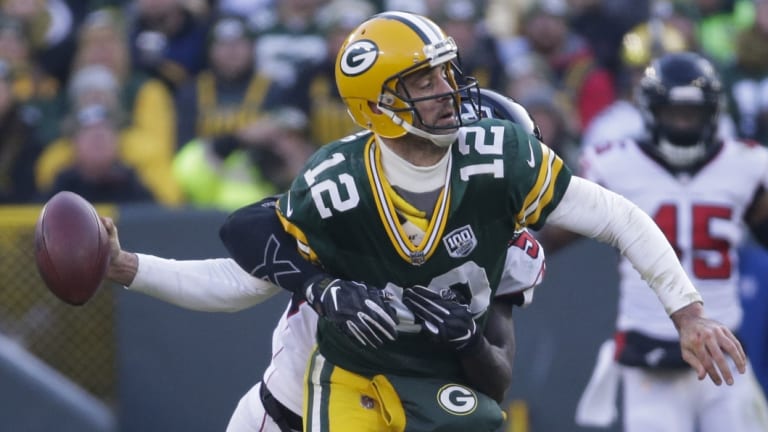 Green Bay’s Aaron Rodgers throws the ball as he is hit by the Falcons’ De’Vondre Campbell.Credit:AP

Rodgers hasn't thrown an interception since week four against Buffalo, which was his only interception of the season.

Rodgers is the NFL's all-time leader in interception percentage at 1.5. 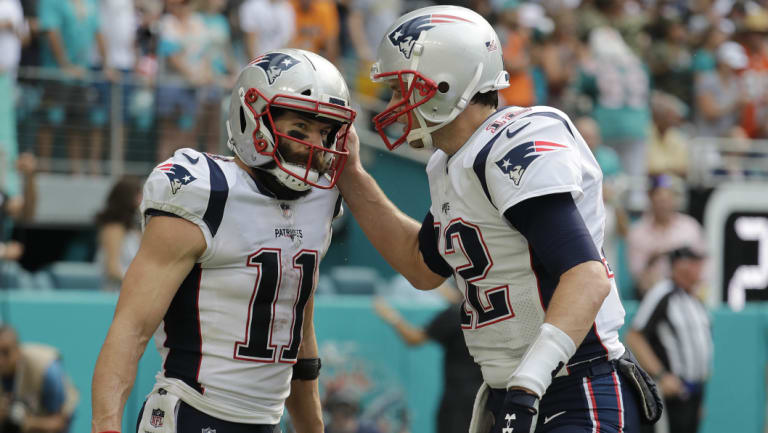 Earlier in the day, against Miami, Brady broke Peyton Manning's record for most career touchdown passes (regular season and post-season) with 580.

Manning remains the NFL's regular-season leader in touchdown passes with 539, with Drew Brees 21 behind him entering Monday's games.

Brady's record setter was a two-yard touchdown pass to Julian Edelman early in the second quarter against the Miami Dolphins.

However, the Dolphins prevailed 34-33.

Last week, in a much less prominent moment, Brady achieved a personal milestone of reaching 1000 yards rushing on his career. It took him 18-and-a-half seasons to do it.