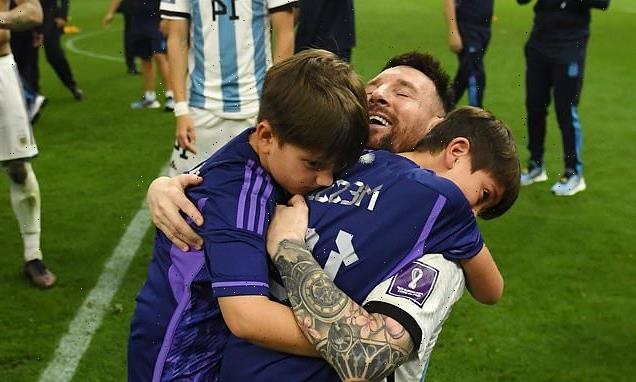 ROBERT HARDMAN: Two talismen wearing Number 10… and a World Cup Final that will echo down the ages

Ten out of ten – to the power of ten.

What is being hailed as one of the greatest football matches in history, let alone modern times, was, ultimately, a battle between two sporting prodigies with the same number on their backs.

It was only by the slenderest and cruellest of margins that Argentina and their talismanic Lionel Messi pipped the holders, France, and their equally superlative Kylian Mbappe, to win tonight’s World Cup final. A game that finished 2-2 in ordinary time and 3-3 after extra time had to be resolved by penalties.

Though it was the fifth match at this World Cup to be resolved in this ghastly fashion, none had come anywhere close to the glorious, dramatic symmetry of this one. 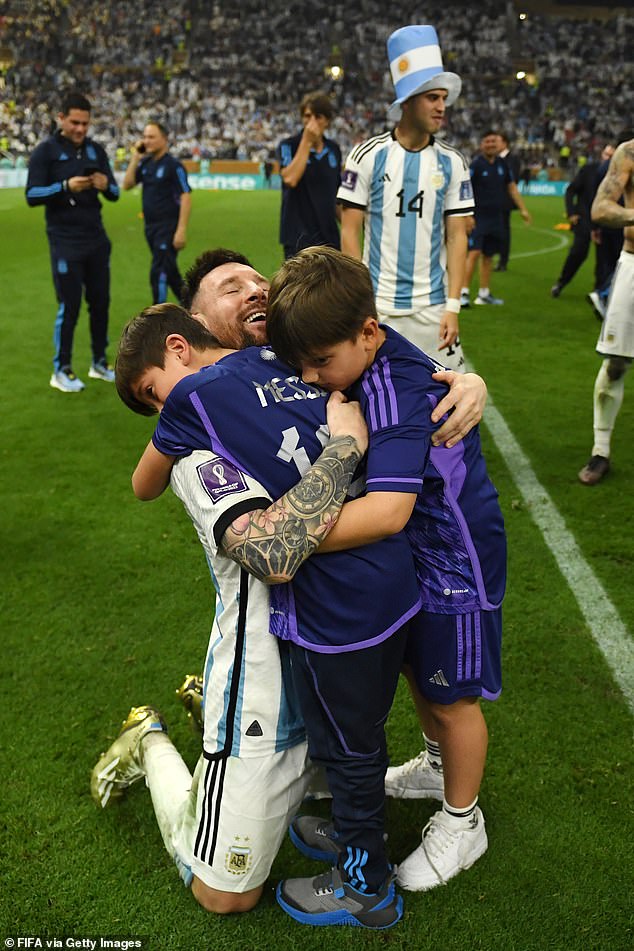 The cumulative brilliance exhibited by both sides was memorably reflected in their identical responses at the very end. We did not see the victors charging off to their fans and the losers scattered face-down in the grass. Rather, both sides collapsed into quivering, tearful huddles.

The Argentinians might have just won the greatest prize in world sport but, in that tiny moment, triumphalism had evaporated.

Both sides needed a few moments simply to process the magnitude of what had just occurred.

Jubilation and agony would take over soon enough, culminating in the mandatory fireworks and trophy-kissing ceremonials.

Yet, could it really be that a man who had just scored a hat-trick – the first World Cup final hat-trick since Geoff Hurst’s in 1966 – was going to end up with a loser’s medal?

Was it really the case that the man who had just won the sacred Golden Boot award for top World Cup scorer was, at the same time, a runner-up?

That man was Mbappe, France’s boy wonder and the only comparable counterweight to the undisputed player of our age, the equally mesmeric Messi. 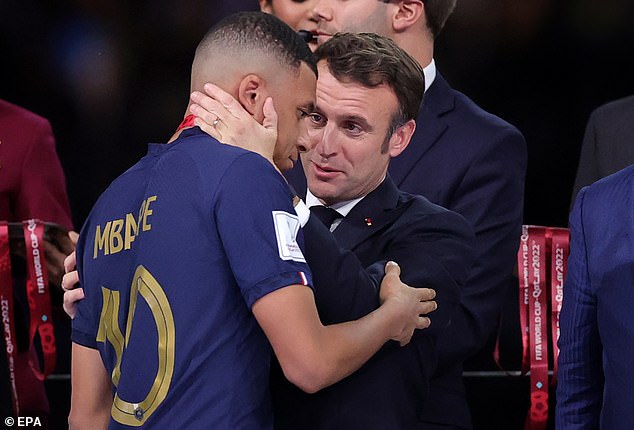 Had it not been for Mbappe, this match would have ended as a stylish but relatively straightforward romp in Argentina’s favour. Buenos Aires would have erupted a full hour earlier and the world would have gone back to whatever it was doing.

For the South Americans were simply rampant for the first 80 minutes of this game. France managed to hold out for 23 minutes until they gave away a penalty and up stepped Messi to give them a thoroughly deserved 1-0 lead. A mere 13 minutes later, Messi was part of a superb attacking move, delicately passing the ball to Alexis Mac Allister – the nearest thing which British fans could claim as a dog in this particular fight (he plays for Brighton and his family were originally from Fife, but moved to Argentina so long ago that football had not actually been invented at that point).

Presumably now the toast of Sussex (and Fife, too), Mac Allister delivered a perfect cross to the outstanding Angel di Maria, who slotted the thing home. Whereupon Argentina coasted happily up to halftime and out the other side.

Up in the royal box, alongside the Qatari royals, French president Emmanuel Macron cut a lugubrious figure. His Argentinian counterpart, Alberto Fernandez, had deliberately stayed at home for fear of jinxing the result. There was never the slightest chance, of course, that M Macron might summon up similar powers of self-restraint. 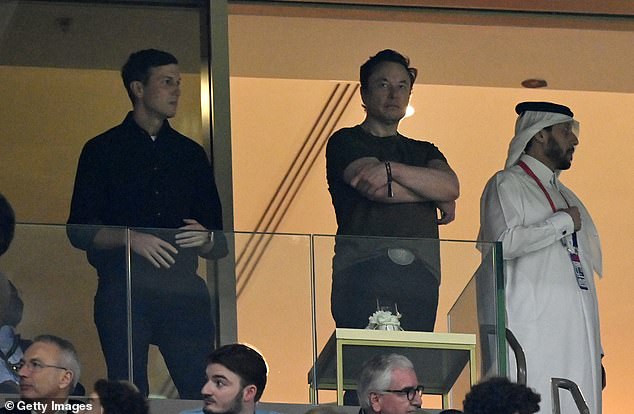 So he was, understandably, leaping out of his seat when France landed a penalty with ten minutes left to go. It could only be Mbappe.

Quite astonishingly, it was then Mbappe who volleyed the ball into the net again a minute later. Argentina looked utterly crushed, while their blue and white legions in the grandstands appeared unconsolable. President Macron, by now minus his jacket, was dancing.

On into extra time, during which most teams are usually too tired and deflated to do very much. Not this pair.

Who would finally break the deadlock in the last stage of extra time? The unstoppable Messi. And with a mere two minutes left, as France were granted another penalty, who would shoulder the herculean pressure of taking their last chance to salvage the game? It could only be Mbappe. The two No10s were then, respectively, the first to take penalties in the eventual showdown. Both Messi and Mbappe delivered yet again.

This time, however, there could be no French comeback after two fluffed attempts, leaving Argentina to take the trophy.

By which point, the pundits were as one in their verdicts. ‘Oh my word – a final for the ages,’ declared the BBC’s Gary Lineker.

Alan Shearer added: ‘We’re breathless up here. It was just an unbelievable final. I’ve never seen anything like it and I don’t think I’ll ever see anything like it again.’ Argentinian guest pundit, former finalist Pablo Zabaleta, was too emotional to speak.

Down on the pitch, no amount of manly hugging and condolences from the unstoppable M Macron could lessen the irretrievable awfulness of the night for the poor French. The Argentinians, gallant to the end, applauded them on their way to their runners-up medals.

They then brought the house down as they stepped forth, although there was a curious moment as Messi came up last of all, only to be cloaked in a robe by the Emir of Qatar. A great honour, no doubt, but it did mean that, at the greatest moment of his career, the greatest player on earth looked more like a boxer in his dressing gown than a footballing legend.

No matter. The Qatar World Cup may long be remembered for scandals and cultural clashes off the pitch. However, when it comes to the action on the pitch, it will surely forever be regarded as the beautiful game at its very best.