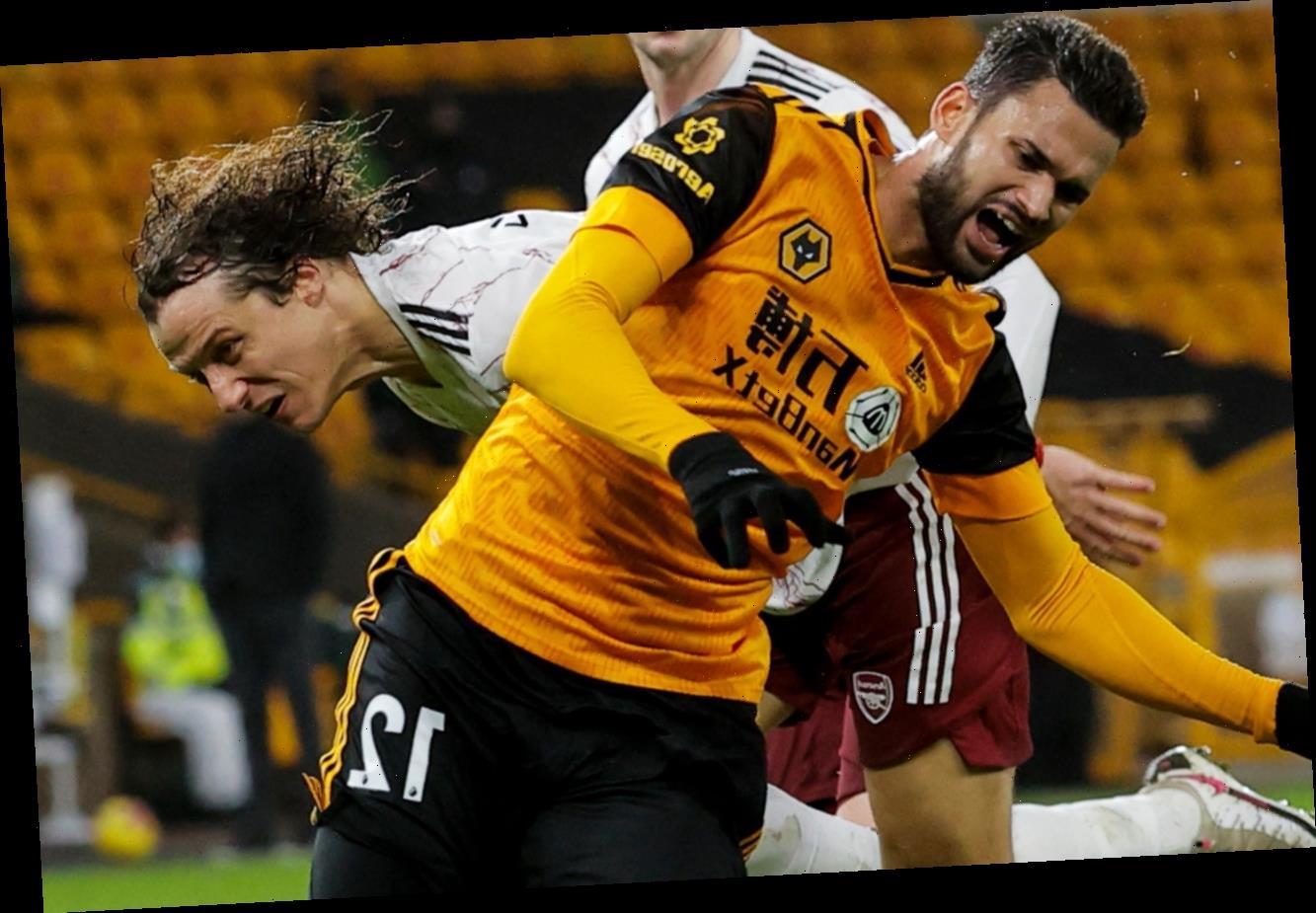 DAVID LUIZ SHOULD have been sent off in last night’s thrilling loss to Wolves, despite the Arsenal man slamming his red card as ‘unbelievable’.

That is according to the new letter of the law around players denying opponents goalscoring opportunities. 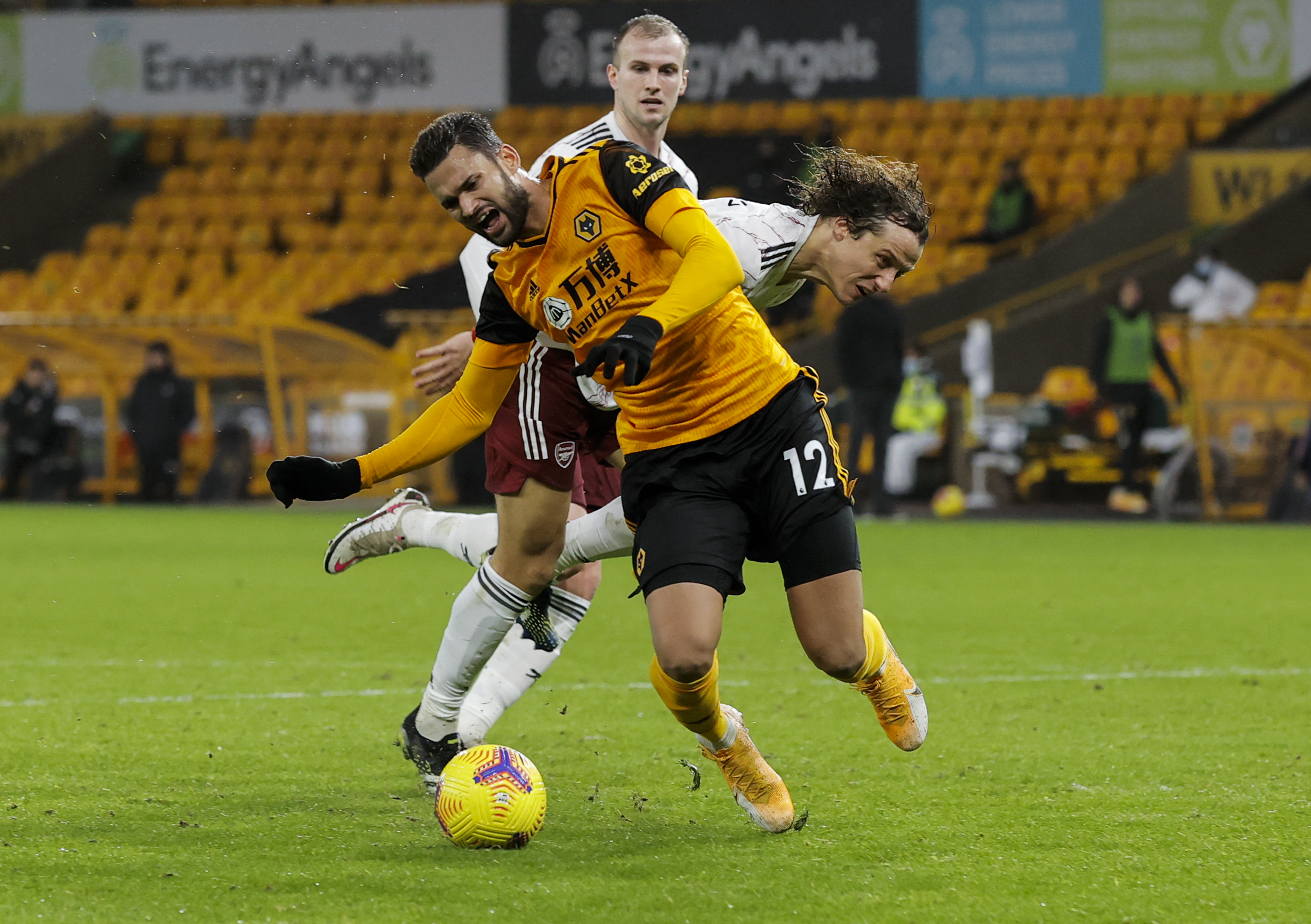 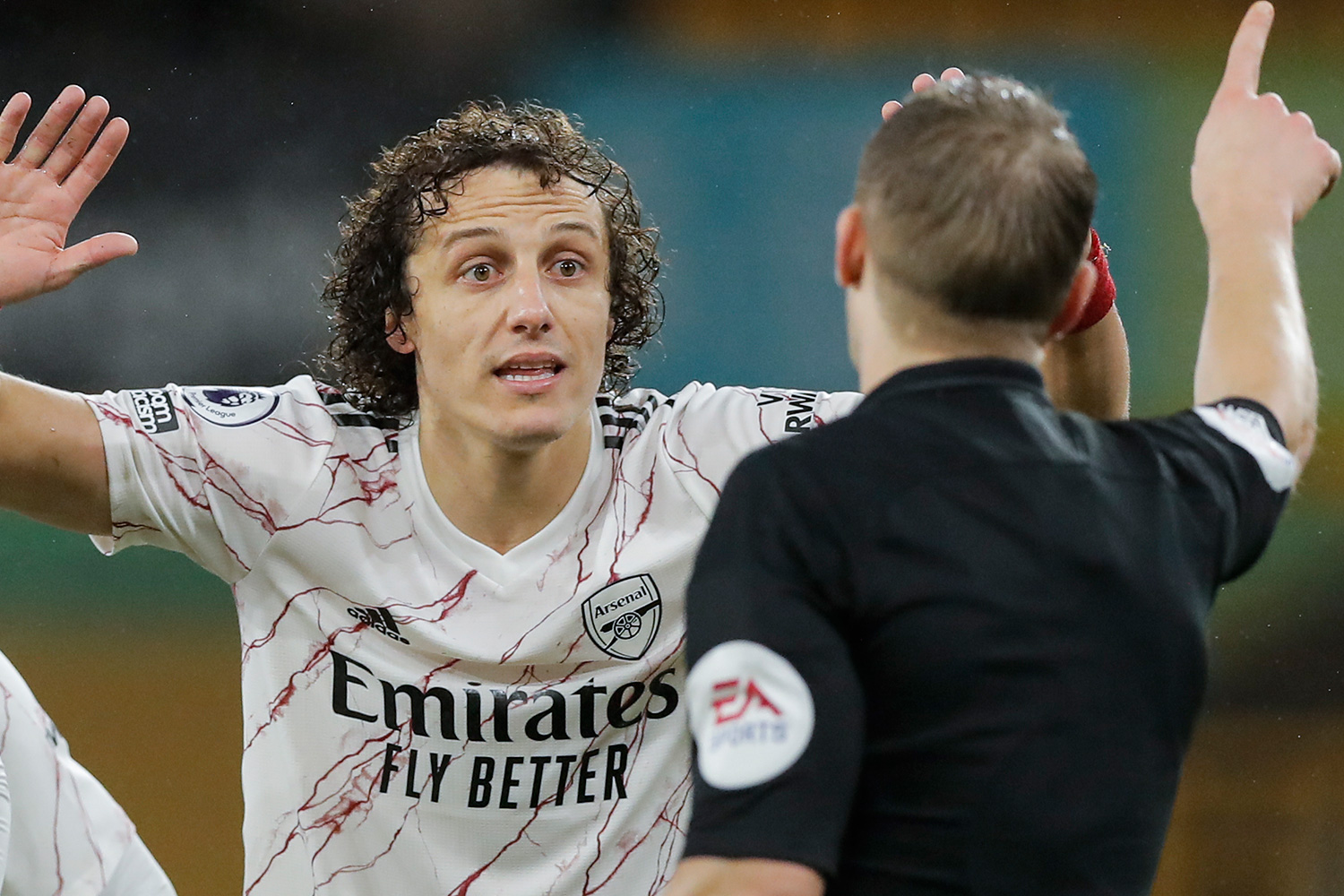 Although seemingly accidental, Luiz’s collision with Wolves’ Willian Jose was not an attempt to play the ball and IFAB’s updated laws of the game confirm that is a red card offence.

The laws state: “Where a player commits an offence against an opponent within their own penalty area which denies an opponent an obvious goal-scoring opportunity and the referee awards a penalty kick, the offending player is cautioned if the offence was an attempt to play the ball; in all other circumstances (e.g. holding, pulling, pushing, no possibility to play the ball etc.) the offending player must be sent off.”

Despite referee Craig Pawson technically following the laws of the game – and the decision checked with VAR – Arsenal boss Mikel Arteta confirmed after the 2-1 defeat that he plans to appeal the sending off.

“I’ve just seen the replay ten times in five different angles and I cannot see any contact,” said a furious Arteta after the game.

“If I’m sitting here now I would say yes (we will appeal). We have to speak with legal at the club and see what the best thing is to do.

“It’s hard enough to win football games in the league. Those big decisions are like that but it’s nothing we can change at the moment.

“The way we lost the game really hurts, it’s painful. If there’s any contact it’s Jose with David.

“I don’t know if they have a different angle to what they have or you have.

“It was a big decision and they can justify if they got it right then I put my hands up and apologise. 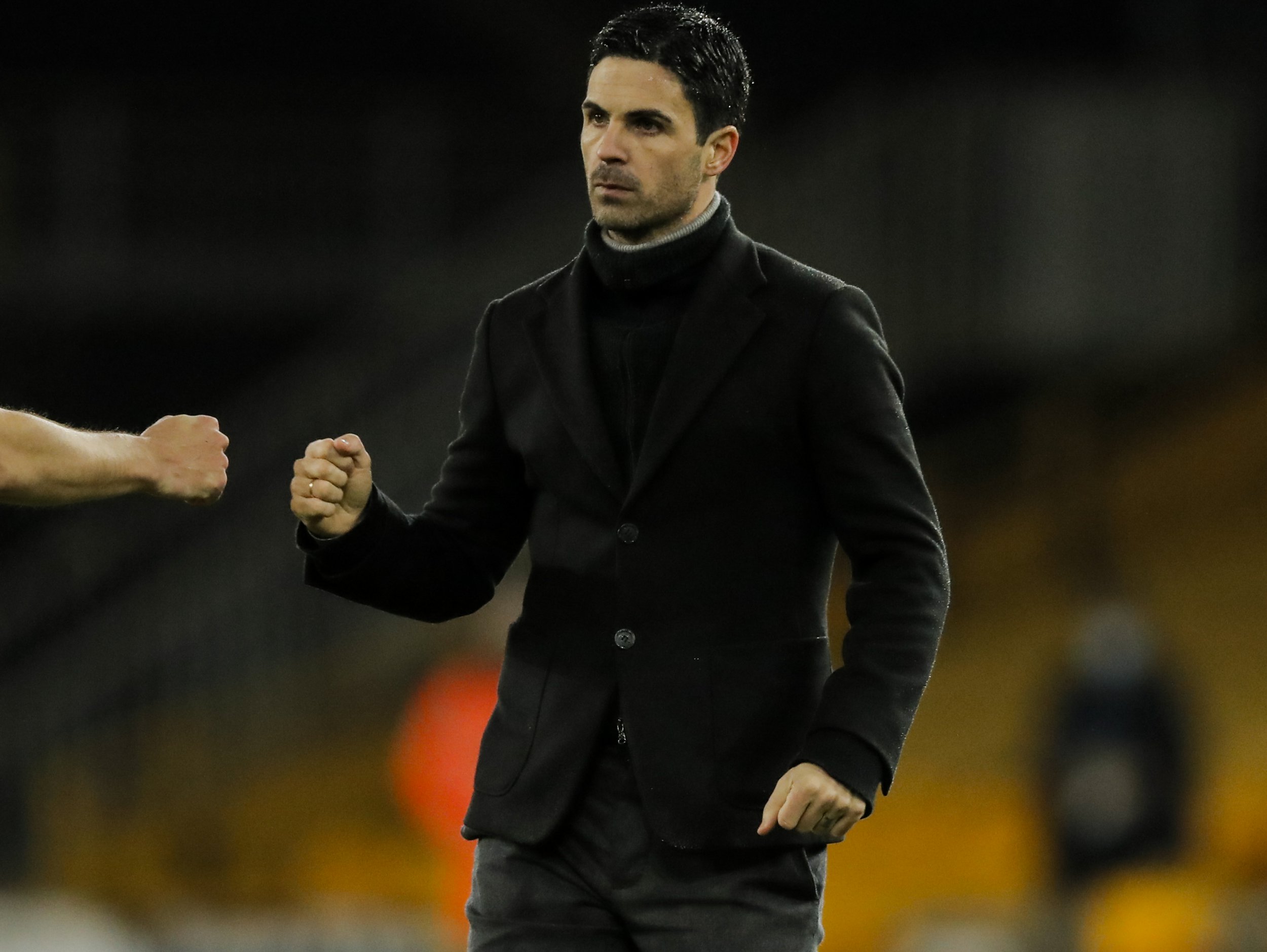 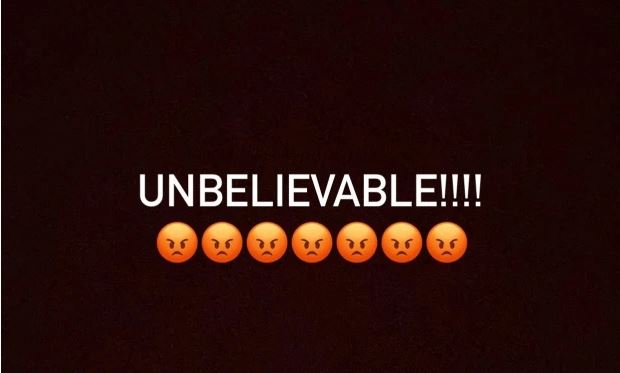 The resulting penalty was tucked away by Ruben Neves for Wolves’ equaliser to Pepe’s opener for Arsenal – before one of the goals of the season saw Joao Moutinho secure the Midlanders all three points.

“The only thing I’m saying is I’m sitting here and I cannot see any contact and it’s really frustrating because it’s a big moment in the game.”

Bernd Leno also saw red for Arsenal late on for a bizarre handball outside the box in a torrid night for the Gunners.

The decision came on the same night as a similarly contentious dismissal for Southampton's Jan Bednarek, who was adjudged to have fouled Manchester United's Anthony Martial in the Saints' 9-0 humiliation at Old Trafford.

BT Sport's ex-England star pundits Glenn Hoddle and Rio Ferdinand slammed both decisions, with the former United man saying “it goes against everything you're brought up to know about football.”

“The rule is nonsense,” added Hoddle. “That rule is nonsense that if you bring him down and clash him and say I was trying to play the ball I'm only going to get a yellow card.

“But we've seen two players tonight try and get out of the way and completely not foul him and there's contact of some sort or the referee says there is contact you get a red card. That can't be right.”