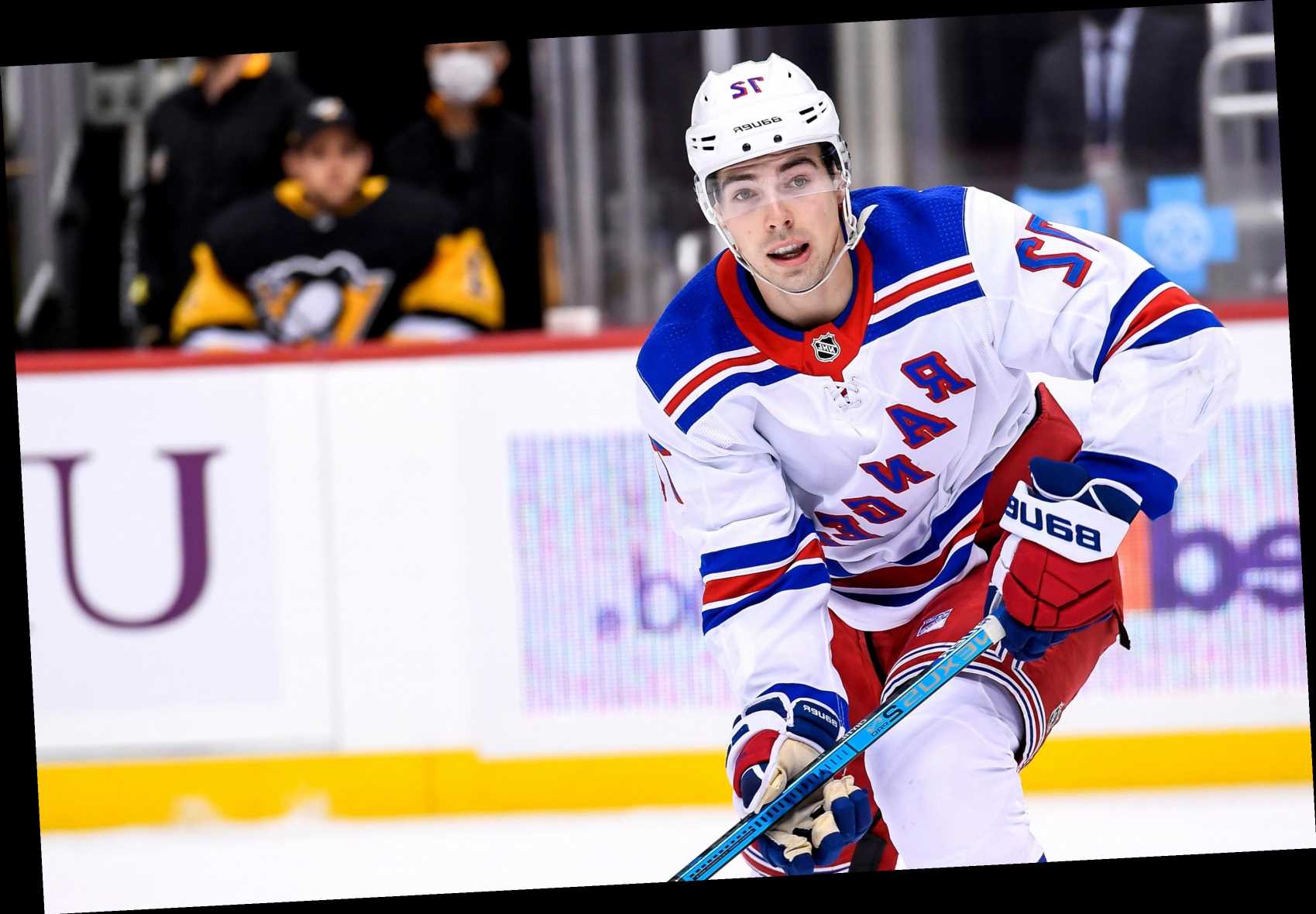 Rangers need so much more from Igor Shesterkin

Rangers could be without important piece

Maybe even worse than you feared.

The official word from the Rangers is that Filip Chytil, the third-line center who was on the cusp of an early season break-out, will be sidelined for four-to-six weeks with what is being called “an upper body injury,” which he sustained in a second period open-ice collision with Evan Rodrigues in Pittsburgh on Sunday night.

It appeared as if Chtyil suffered a left hand or wrist injury as he was tended to on the bench by medical trainer Jim Ramsay following the incident that occurred at 9:11 of the second period on which the two players also seemed to go knee-on-knee. Rodrigues will be sidelined for an indeterminate length of time with what the Penguins are calling a “lower body injury.”

As if the 1-3-1 start didn’t create enough adversity fewer than two weeks into the season, this surely adds to the challenge confronting the Rangers.

The 21-year-old Chytil, who’d recorded two goals and one assist skating between Philip DiGiuseppe and Kaapo Kakko on what had become a stable and dependable third line, will miss his first game on Tuesday in Buffalo against the Sabres.

The Blueshirts will initially attempt to plug the hole by moving Brett Howden up to the third line, reprising a role he held through the first half of last season before he shifted to the wing the remainder of the year. Rangers coach David Quinn said on Monday that he envisioned a number of changes in the team’s line combinations, so it is unclear who Howden will have on the wing as the Blueshirts attempt to dig out of an early season hole of their own.

Howden had played reasonably well on the fourth line through the opening five games while getting an average of 13:17 of ice time per, including 1:12 on the power play and 1:56 per on the penalty kill. Indeed, Howden’s ability at the faceoff dots had elevated him above Chytil for the assignment with the man-advantage, No. 72 getting an average of just 0:37 per, but the coach had said that this would be only a temporary situation.

This hurts the Rangers right where they can probably afford it least. Organizational depth at center throughout the organization is lacking. Fourth-line types Kevin Rooney and Colin Blackwell provide backstops for Howden at the NHL level while Morgan Barron and Justin Richards are skating at Hartford’s AHL training camp that officially commenced on Monday.

At the moment, it does not appear that the Rangers will promote the 22-year-old Barron to the taxi squad, even though the Wolf Pack’s season does not begin until Feb. 7. The team does have a pair of preseason games this coming Sunday and Monday, so perhaps the situation will change after that.

The 22-year-old Richards, whom the Blueshirts signed during the offseason as an undrafted free agent out of Minnesota-Duluth, missed the entire NHL camp because of COVID-19-related issues. He is, however, working now and could also become a candidate for the taxi squad, where there are two openings.

If this injury comes at an inopportune time for the Rangers, then probably doubly so for Chytil, who was beginning to combine his physical and skill attributes into an imposing package. The 21-year-old, 21st overall selection of the 2017 draft had recorded three points (2-1) with a team-leading 63.81 Corsi rating (among players with at least 20 minutes of five-on-five ice time) and a club-leading expected goals rate of 67.96.

Moreover, the Chytil-Kakko partnership was blossoming with each of the young guns gaining confidence in themselves as individuals while generating chemistry as a tandem. This puts an obvious hold on that.

And in addition, the Rangers for the next four-to-six weeks will lose the option of moving Chytil up into a top-six spot on the line with Artemi Panarin. Management is in a need-to-know situation regarding its long-term plan regarding that spot, with Ryan Strome not likely the answer for the long run. If Chtyil is capable of handling the assignment, that would eliminate the need for the team to trade for a top-six pivot that would likely come at a high price.

That opportunity is gone for a stretch that could encompass as many as 20 games, or more than one-third of the 56-game season.

Tough break for the Rangers.

Equally as tough break for Chytil.