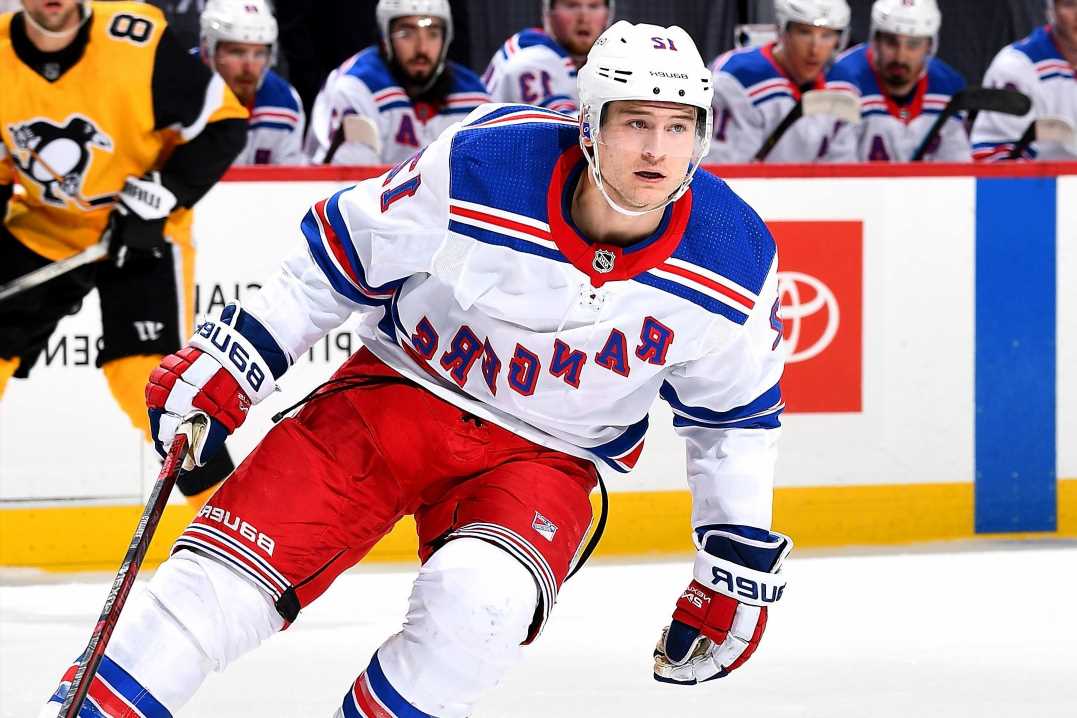 Why NHL bettors will want to keep eye on Rangers

The Rangers have signed another one of their restricted free agents ahead of the Seattle Kraken expansion draft.

Julien Gauthier agreed to a one-year deal Friday morning, the team announced, which makes the burly winger another option for the Rangers to fulfill the requirement of exposing two forwards who are under contract in 2021-22 in next week’s expansion draft. Per PuckPedia, Gauthier signed a two-way contract for $775,000 in the NHL and $300,000 in the minors with $325,000 guaranteed.

The return of Gauthier, along with signing RFA Brett Howden, gives the Rangers a glut of forwards that could indicate a bigger move in the works.

The Hurricanes traded Gauthier to the Rangers in February 2020 in exchange for defenseman Joey Keane. After competing in just 12 games in his first season on Broadway, recording two assists, Gauthier made the opening-night roster in 2020-21.

Despite the fact that the 6-foot-4, 227-pound Gauthier was one of the few Rangers who could effectively attack the net, the former coaching staff, led by David Quinn, felt the 23-year-old was still adjusting to the pace of the NHL and had room for improvement. Gauthier was often scratched this past season and immediately slid down the right-wing ladder once Vitali Kravtsov came onto the scene in April.

Before new president and general manager Chris Drury replaced the Rangers’ former managerial tandem of Jeff Gorton and John Davidson and dismissed Quinn, it was clear that Gauthier was the odd-man out on the roster and likely would’ve been exposed in the expansion draft. But Drury and new coach Gerard Gallant could view things differently.

Gauthier is young and has valuable skills that can be developed, but the Rangers may not be willing to work through his recurring issues in the defensive end and away from the puck.

NHL teams have to submit their final protection list by Saturday for the Seattle expansion draft on July 23. Kraken general manager Ron Francis is familiar with Gauthier after drafting the Quebec native 21st overall in 2016 out of the QMJHL while he was at the helm of the Hurricanes.