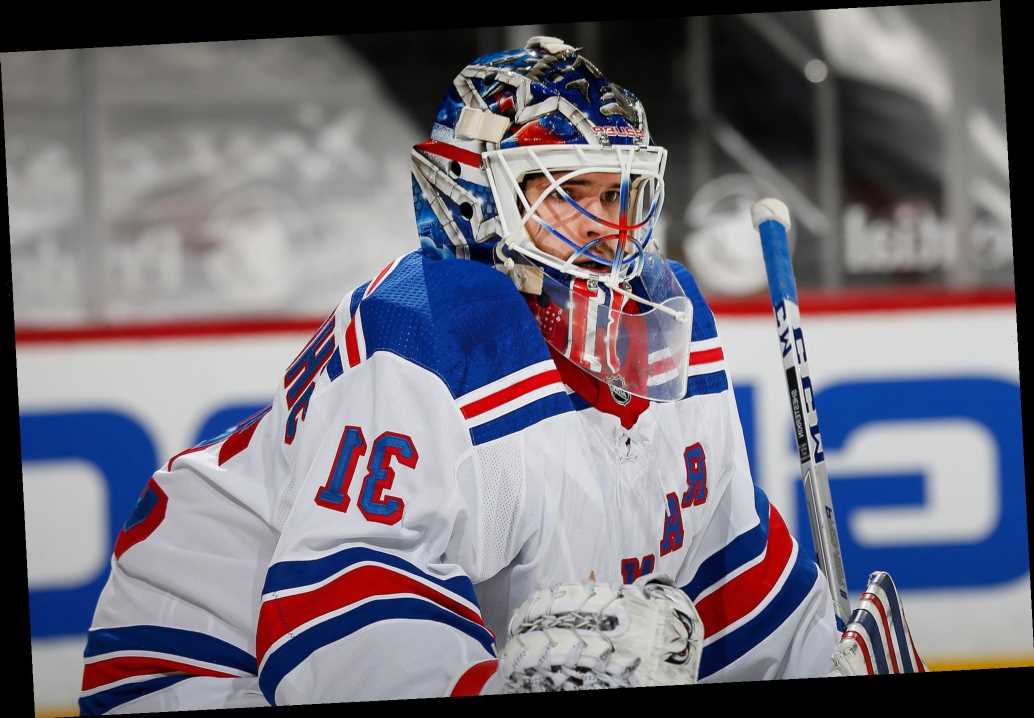 NHL keeps looking the other way on dangerous play

Things haven't gone according to plan for Rangers, Devils

The Artemi Panarin situation is frightening in every way

Regarding the Rangers, who have stopped losing close ones while being outscored by an aggregate 18-7 over their last four defeats:

1. No sweeping statements or declarations of panic, but it should be somewhat of a concern that Igor Shesterkin has been sidelined with lower-body injuries on three different occasions within the first four-plus months and 26 starts of his NHL career.

Which in turn means that Alex Georgiev’s erratic start to 2020-21 becomes an added concern, as well. At this point, he is unreliable, disposed to surrendering goals on unscreened shots from the circles and unable to stop breakaways. There is every chance that Keith Kinkaid will get the nod in Pittsburgh Tuesday night.

Shesterkin missed three games with an ankle injury last February, missed the first two games under the bubble of the qualifying round with a groin issue, and is down again with a groin strain he sustained in last Thursday’s victory in New Jersey.

Does this mean that the 25-year-old Russian is injury-prone? That is probably a bridge too far, but this surely is something to monitor. By the way? After Henrik Lundqvist was sidelined for seven games late in his rookie 2005-06 season with a hip pointer, the Swede missed only two more due to injury (groin in 2010-11) over the next seven seasons.

Injury interruptions — including a two-week stretch last season following the automobile accident in which he was a victim — have played a role in limiting Shesterkin’s workload. So have decisions made by David Quinn, in conjunction with goaltending coach Benoit Allaire, not to give the Russian too much too soon.

Shesterkin — who skated in Pittsburgh on Monday while the team was off — has never started more than three straight games in the NHL. He has compiled a streak that long only twice, once last year and once this season. He never played more than 39 games in a KHL season, though he did play in 25 of the Wolf Pack’s 36 games last year before his promotion to New York.

But when Shesterkin regains his health, it will be time to give him a run. The Rangers need to know if they can lean on the heir. They might also need to see if he can stay healthy.

2. The Bruins have left both physical and psychological imprints upon the Blueshirts through their first four confrontations, all of which were played in New York. Nick Ritchie barreled through the crease and elbowed Shesterkin in the head without retribution on Feb. 26 before he conveniently landed on Georgiev’s head two days later. Brendan Lemieux threw down with Ritchie at the buzzer of the Feb. 28 contest.

The B’s have targeted Ryan Lindgren and have been unafraid to flaunt their physicality against a Rangers team that just doesn’t have the necessities to match up in a survival-of-the-fittest.

So, is it a coincidence with a pair coming up in Boston on Thursday and Saturday, that the Blueshirts signed Mason Geertsen, a 25-year-old, 6-foot-4, 215-pound career minor league semi-hooligan who had been in Hartford on an AHL contract, to an NHL two-way deal last week and then moved him from defense to wing?

Could Geertsen — who has picked up 519 PIMs, 43 fighting majors and 55 points (7-48) in 317 pro games after having fought 34 times while playing junior in the WHL, according to Hockeyfights.com — be promoted for these games in order to act as a deterrent/avenger against the B’s?

Does that sort of thing even exist in this NHL? Would his presence and the element he brings to the rink cause the Bruins to think twice before continuing their marauding ways or would they instead feast? Would the Rangers go down that road?

3. Brett Howden, whose offensive game has entirely evaporated, probably would have been better off starting in Hartford if the AHL had run a normal season. But Howden now has played in enough games to lose his waivers-exempt status. Hence, no one should expect to see No. 21 on the taxi squad or dressing for the Wolf Pack. At a cap hit of $863,333 on the final year of his entry-level deal, there is no way he would get through waivers.

Howden recorded four goals in his first 17 NHL games. Since then, he’s scored 11 goals over the next 142. He is, at age 22, a fourth-line center who kills penalties. And though he has been one of the club’s go-to forwards on the PK in tandeming primarily with Kevin Rooney, Howden has been on for the most power-play goals against, with six in 49:16 of shorthanded time.

One would anticipate a healthy scratch is in the offing for Howden, and if not imminently, then at least when Artemi Panarin returns to the lineup. The Post has confirmed that Panarin has been moved to non-roster status.

4. There is no update or ETA regarding Panarin, who continues to tend to issues that have arisen in conjunction with the uncorroborated and discredited assault allegations levied against him in Russia more than two weeks ago.