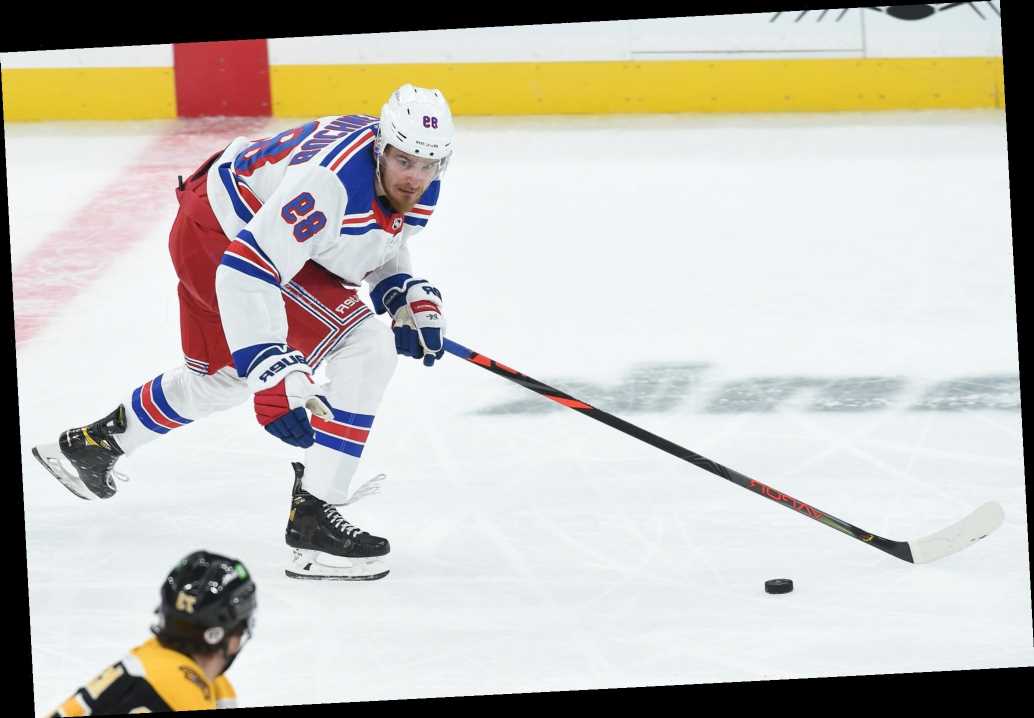 NHL's TV deal with ESPN comes down to one thing

Rangers need to give Vitali Kravtsov major role upon his return

Rangers have to test Igor Shesterkin’s limits after injury return

NHL keeps looking the other way on dangerous play

Regarding the Rangers, who open a two-game set at the Garden against the Flyers on Monday:

1. The question for the hierarchy approaching the April 12 trade deadline is whether Pavel Buchnevich has played well enough to remove him from the market or, alternately, whether Buchnevich’s strong season has priced him off the roster going forward.

It seemed a foregone conclusion coming into the season that the Rangers would look to move Buchnevich before the winger, who turns 26 next month, could get to arbitration-eligible Group II free agency this summer, a year before he’d become eligible for unrestricted free agency.

But Buchnevich, who leads the Blueshirts with 22 points (8-14) through 26 games, has taken a quantum leap in becoming one of the club’s most reliable forwards at even-strength and on both specialty units. Though the organization seems stacked on the wings, moving the first-liner would create a hole that might take at least a couple of years to fill.

If the Rangers are going to trade Buchnevich, they would have to get either a no-doubt, youngish top-six center or a more grinding-oriented winger in the mold of a Zach Hyman, let’s say, in return. Both of those scenarios seem unlikely.

So if not that, then the Rangers would likely be looking at an annual payday and cap charge in the $5.5 million neighborhood in order to lock up No. 89 long-term.

Is the bigger risk trading or paying Buchnevich?

2. The Blueshirts placed Jack Johnson on waivers Sunday. When he clears on Monday as expected, he can be assigned to the taxi squad for off days and game days when he does not dress. Each day on the taxi squad represents a pro-rated savings of $1.075 million on the defenseman’s cap charge.

The Rangers not only need to create cap space, they will need an available roster spot or two, A) if they’re going to carry three goaltenders for even a short stretch after Igor Shesterkin comes off IR; and, B) to accommodate the addition of Vitali Kravtsov in another 10-to-14 days. There is zero reason for the team to carry more than six defensemen on the NHL roster.

3. Is there anyone on the planet who, one year later, thought that David Quinn and the hierarchy would be dealing with three-goalie decisions again?

Is the idea to work with Alex Georgiev and give him every opportunity to turn his miserable season around and reclaim the backup spot to Shesterkin?

Or would the Rangers be just as comfortable if Keith Kinkaid can maintain the standard he has established through his first four appearances and claim the No. 2 spot for his own?

What is the investment here in Georgiev, who has a cap hit of $2.425 million through the end of next season as opposed to Kinkaid’s $825,000 per that also runs through 2021-22? Keep in mind that No. 40 would have to clear waivers to get to the taxi squad or to Hartford for remedial work.

It wouldn’t necessarily represent the greatest asset management, but perhaps the Rangers might even consider exposing Georgiev to Seattle in the expansion draft if the netminder’s season spirals and Kinkaid exhibits consistency and reliability as a backup.

For if a team is spending $2.425 million on a backup, that individual had better rank at the tippy-top of the league in his category.

By the way, while yes it is true that management did not shop Georgiev ahead of last year’s deadline or over the offseason, there were few, if any, credible inquiries into the goaltender’s availability. It’s not as if the Blueshirts could have had, say, Kasperi Kapanen or Andreas Johnsson in exchange for No. 40.

4. So the Islanders’ Kiefer Bellows scored as many goals (two) in 3:11 on Saturday in New Jersey as Kaapo Kakko has scored in 19 games this season, and what is going on here?

Improvements off the puck are noticeable, but two goals for 2019’s second-overall selection in the draft? Shouldn’t that be of some concern to the hierarchy featuring John Davidson as president and Jeff Gorton as general manager?

Are the Rangers doing something wrong here? Was Kakko the wrong guy even if no one in the world thought so at the time he was drafted? Does management have enough information regarding Kakko to make concrete determinations of his status and projected trajectory and thus be confident in either walling him off from all trade discussions as an untouchable or using him as a blue chip in exchange for a no-questions-asked top center?

Kakko, who hasn’t scored in his last 15 matches, since the fourth game of the season on Jan. 22 in Pittsburgh, has taken 38 shots on 63 attempts in 19 games, numbers that track favorably compared to last season’s 109 shots on 196 attempts while scoring 10 goals in 66 contests.

But eye-test scoring chances seem at a greater premium than they were through the first few weeks of a season in which the 20-year-old Finn has spent more than 50 percent of his five-on-five time with Ryan Strome as his center.

Quinn, evaluation people and the Rangers may not want to measure Kakko by his goal-scoring production, but does that mean that no one should?