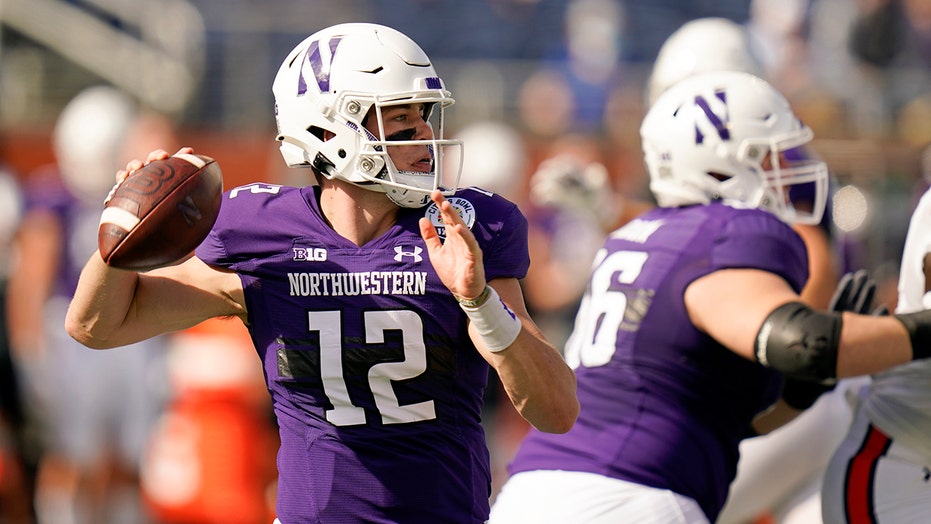 Peyton Ramsey threw three touchdown passes and ran for a score, and No. 14 Northwestern’s defense made it stand up in a 35-19 victory over Auburn in the Vrbo Citrus Bowl on Friday.

Ramsey, a graduate transfer, totaled 291 yards passing and 50 yards rushing for Northwestern (7-2), which won its fourth straight bowl game. Ramaud Chiaokhiao-Brown, John Raine and Riley Lees had touchdown catches for the Wildcats, who bounced back from an ugly loss to Ohio State on Dec. 19 in the Big 10 championship game.

Bo Nix threw for 292 yards for Auburn (6-5) but was often frustrated by Northwestern's defense, which came in allowing 15.5 points her game, ranked fifth in the nation. Auburn was led by interim coach Kevin Steele following the Dec. 13 firing of Gus Malzahn and was missing several key players.

Linebacker Paddy Fisher, the nation’s active leader in tackles coming into the game, drilled Nix for no gain on fourth-and-1 on the second play of the fourth quarter. Cam Porter had seven carries on the ensuing drive, including a 1-yard plunge into the end zone that put Northwestern comfortably ahead 28-13. The Wildcats offense finished with 457 yards and 25 first downs.