THE TWO AMIGOS can pull off a shock Welsh Grand National win.

Almost four miles around muddy Chepstow should be right up his street. He stayed on strongly in the Southern National last time and he’s got a handy weight for what could turn into a real slog. He has every chance of going close at a big price. 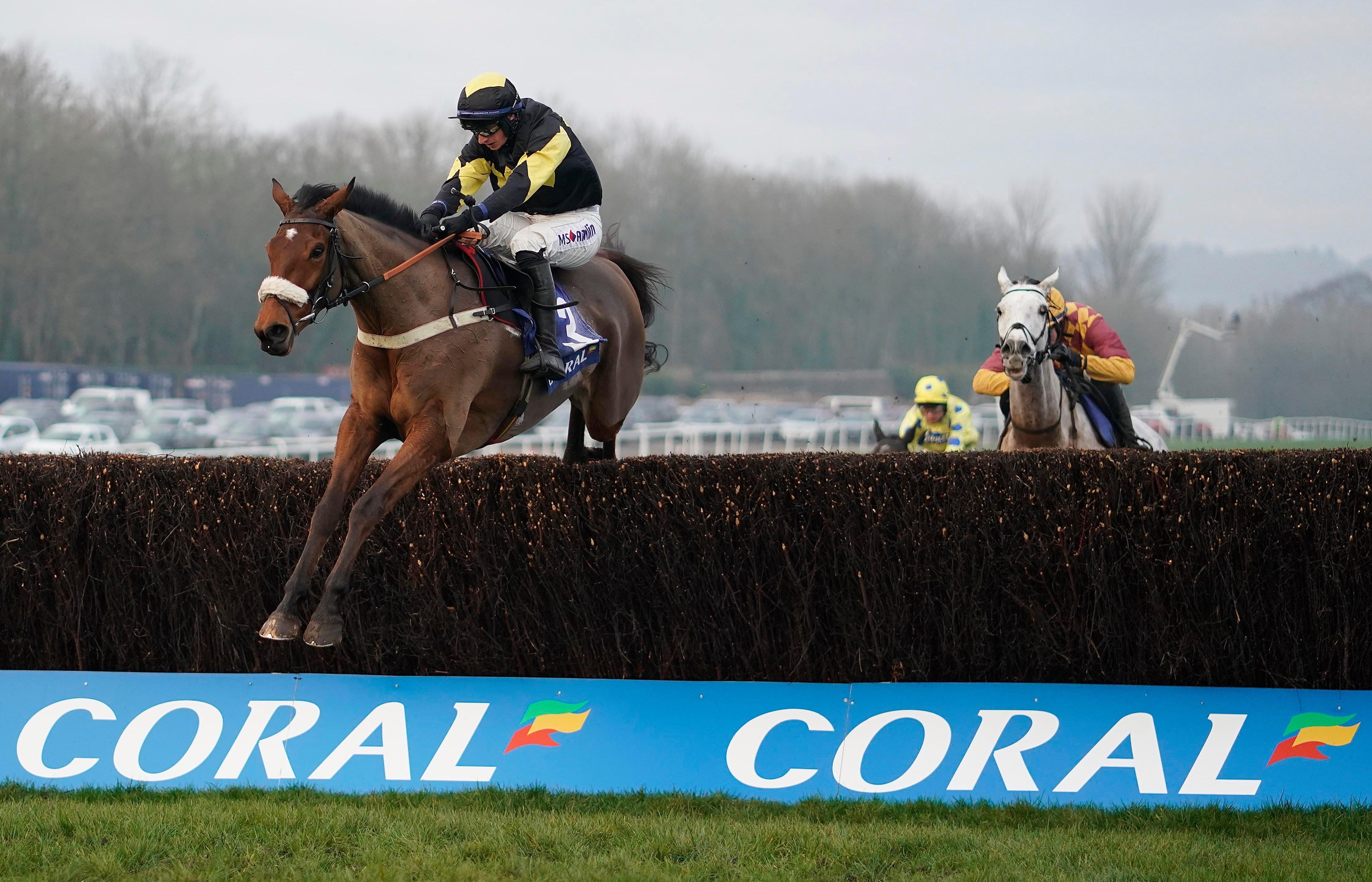 ESCAPE to victory. Top weight but carted plenty of lead to win this well 12 months ago. He was thrown into to classy contests after that including a game sixth in the Cheltenham Gold Cup. He was second in the Charlie Hall on comeback before an excellent third in the Ladbrokes at Newbury. Deserves to be a strong favourite.

YALA ain’t gaga. True stayer who gets this trip and relishes testing ground. Looked rusty last time on first start since moving to Paul Nicholls from Venetia Williams in the Ladbrokes at Newbury last time. Should come on for that and may repeat last year’s third in this when it was also testing.

APPROACH with care. Classy but quirky type who won well a Cheltenham Grade 3 last month before a poor run in the Ladbrokes at Newbury. Decent effort at Prestbury Park last time but needs delivering late. Every chance if staying but isn’t a battler.

MCGINTY’S no goat. Decent form around three miles in testing ground and showed promise when second to classy Santini at Sandown on comeback. Can build on that and looks on a fair mark for his handicap chase debut.

CORNER looks straight. Has been trained for this and battled to win over hurdles here last time. Stays all day as he showed when winning the Midlands National in the mud earlier this year. Hasn’t jumped a fence since that success and has 10lb more today. He’ll be running on and has a definite each-way chance.

AMIGOS my pal. Improving stayer who was a good fourth in the Southern National at Fontwell on his chase comeback last time. Travelled well there and is a good jumper. Likes testing ground and has more to offer in this sort of race. Going up in class but is only seven and looks a big price.

TRUCKERS has an engine. Clocked big personal best over fences when winning here last time out in October. Shapes like this longer trip will suit and looks on a fair mark even before his rider takes 3lb off. One for the shortlist.

BAY in too deep. Has been hurdling this winter after relishing 3m4f to score on last chase run at Ffos Las in April. Has an extra 9lb and stronger opposition to contend with today so needs more.

POP’S rocking. Solid form around three miles but didn’t stay a shorter trip than this when fifth in good company at Cheltenham latest. Goes in testing ground and has fair mark but he has definite stamina worries that could be exposed in these conditions.

NO Gift horse. on a staying chase at Carlisle in February and plodded on well at Bangor in the mud last time without looking like winning. Needs to raise his game in this company but won’t lack for stamina.

PRIME suspect. Hasn’t won for more than two years but has clocked up some places in hot races and wasn’t beaten far coming back from six months off here last time. Has come down the weights and his Midlands National fourth shows he stays. Needs a bit more but could hit the places given he clearly likes the track.

CHUCK Chick. Has just three chases under his belt and won nicely in novice company over three miles at Exeter last month. Was turned out too quickly after that and made a couple of worrying mistakes. Improvement needed to figure but it’s early days for him and rider takes off handy 7lb.

FIELD of dreams. Has landed a couple of small-field handicaps over fences and was going well before a clumsy unseat in a Newbury Listed contest nine days ago. Best form has come over shorter and would prefer quicker ground so has something to prove.

CHAOS may reign. Put up best effort for a year when beaten in a tight finish for the Listed Rehearsal Chase at Newcastle last month. Sees out the three miles of that race really well and enjoys plenty of give in the ground. He shaped as though a real stamina test will suit and he gets that today.

SPACE ain’t ace. Comes over from Ireland on the back of a solid fourth in the Troytown Handicap Chase where he stayed well and liked the mud. Is out of the weights here, which doesn’t help, and has stronger opposition to take on.

ROSE wilted. Is 6lb wrong at the weights and has lost his way this season with a modest effort at Cheltenham last time. Has decent form at around three miles and likes the mud but must find his very best to get anywhere near.

POWER cut. Is way out of the weights and has a good record here, winning over hurdles at this meeting 12 months ago. Needed his comeback here last time but this looks a tall order.