Track Good 4 and rail true so should play even early before slight trend to the outside.

Tough race, but three-year-old Newcastle gelding 9. Sir Winkle should progress to this trip second-up after just missing on debut at Tamworth over 1200m. Did have three trials for leading stable coming into that, so forward enough and bred to get over ground. 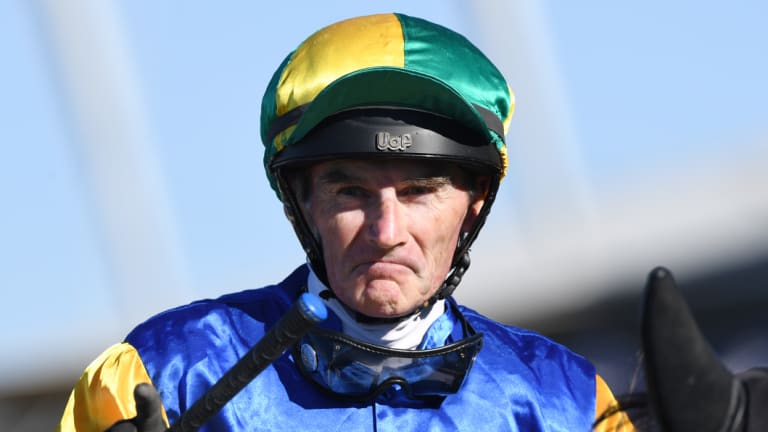 Dangers: Local four-year-old 2. Captain Tom has had four runs this first prep and worked home nicely at Kempsey last start. Hard fit and draws the inside gate while Sir Winkle’s stablemate 7. Mended hit the line resuming at Tamworth and will also enjoy the extra journey.
How to play it: Sir Winkle to win.

The internationally-bred 1. James Richard was all around it last prep in decent quality maidens without winning before a five-month spell. Obviously bred to get over much longer, but tuned up for this trip with a sound effort at Newcastle and subsequent work reportedly good.
Dangers: Smart local three-year-old and favourite 3. Gumshoe went close in his first prep and resumes off a three-month break. Looks suitable too for Scone three-year-old 4. Pyro which was close-up in stronger provincial maidens in the spring. Lightly-raced local 6. Dragon's Flyer has been strong to the line in his last couple, while Newcastle-trained three-year-old 5. Niatross was put away after one run in July, but returns as a gelding with two trials under his belt.
How to play it: James Richard each-way and quinella 1 and 3.

Open battle, but three-year-old Wyong filly 4. Fearless Mila can go one better after being run down on debut at Taree. Fitter now, and previously looked good in Newcastle trial win.
Dangers: Progressive filly 8. Mapili will improve second-up off an even effort resuming at Gosford and draws the fence. Backers of three-year-old Newcastle filly 5. Mary Magpie have had to be patient through seven starts but she’s been around the mark, just missing three runs back at Kempsey before out-driven in a tight finish at Armidale behind a nice horse. Well-bred three-year-old Hawkesbury debutant 6. Game Of Circles looked good in a dominant recent trial win, while include another first starter Wyong-based filly 7. Joigny which also won a recent trial at home.
How to play it: Fearless Mila each-way.

Slick short-course affair, but on top is Newcastle filly 3. Miss Powerbelle which just missed in a Gosford class 1 last start after rewarding punters as a short-priced fancy at Tuncurry. Bred to fly and will come over and sit outside the speed.
Dangers: Not far behind is smart Coffs Harbour four-year-old 2. Vacate which hasn't started since back-to-back wins a few months ago. Proven weight carrier which comes to hand fresh. Taree filly 5. Malea Magic has been very competitive in her last three and only just nabbed late this track last start. Should park right behind the speed from a good barrier. Doubt anything else can win, although Wyong-trained 1. Tikkitala is clear best of the rest.
How to play it: Miss Powerbelle to win, quinella 2 and 3 and box first four 2-3/1-2-3-5.

Tricky race, but Newcastle-trained 2. Clevanicc has found the line OK from well back in two runs this prep, and peaks now third-up over longer trip.
Dangers: Local mare 5. Splash Of Lime won in weaker grade two runs back before just missing when rattling home in a Taree class 2 last start. Drawn to get a lovely smoother midfield on the minimum weight and again hit the line. Tough local mare 3. Let’s Rebelle has the class and 3kg claim, but the extra distance is a query.
How to play it: Clevanicc to win.

Like the least experienced, but most progressive runner in three-year-old Taree filly 8. Good Excuse first-up over this trip. Rounded out an exciting first prep in the spring winning her maiden this track and then a class 1 in dominant fashion at home, and looked sharp in recent trial when allowed to stride.
Dangers: Wyong six-year-old 2. Duck In Dubai hasn’t started since May, but won a recent trial that included Le Romain, and three of his four career wins are first-up. Local mare 5. Typhoon Bonny was banging the door down around this trip and grade through spring, and should race just behind the speed while another local 3. Better Not Fly has been close-up in his first two runs back.
How to play it: Good Excuse to win and quinella 2 and 8.

Best race of the day. Love five-year-old Scone mare 6. Valree first-up, despite wide draw. Progressed from a country win through to claiming a Rosehill Highway in the winter. Will settle back in the field, but comes to hand quickly and watch for a cracking final 400m. No trial, but doesn't need one.
Dangers: Local 1. Shelley Beach Road – yet another five-year-old mare – was very consistent in strong company last prep and always reacts fresh. Another five-year-old mare, Taree-based 2. Valbeata, will be tough to beat from the low draw. Put a string of second placings together before stalking the speed to win a BM66 last start, and this is spot-on again. Draws well and rider claims 3kg. Wyong mare 3. Penfold is another consistent performer which finished nicely to win a BM66 at Tamworth last start, while 4. Dual Escape hasn’t won for a long time but has ability and draws well.
How to play it: Valree and Shelley Beach Road both to win and first four 1-6/1-2-3-4-6.

Open race to finish, but keen on Wyong mare 5. Grand Exit. Finally won her maiden at Taree last start from the front after flashing home at Wyong two back. Still progressing from a smart stable and this isn't a big step. Gets a lovely run in transit. The one to beat.
Dangers: Well-bred three-year-old Newcastle filly 8. Sevini for proven trainer-rider combination looks a serious threat after winning her maiden third-up at Cessnock while local colt 7. Acoustix was competitive in stronger company in his first prep and should be around the finish.
How to play it: Grand Exit to win