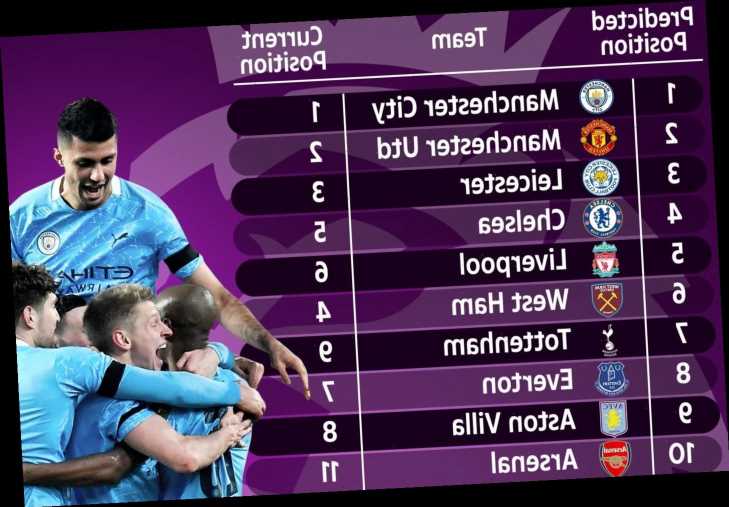 LIVERPOOL have been predicted to finish outside of the top four for the first time since 2016, according to a Premier League supercomputer.

The Reds currently sit in sixth spot after losing their four consecutive top-flight matches in a row – conceding ten goals in the process. 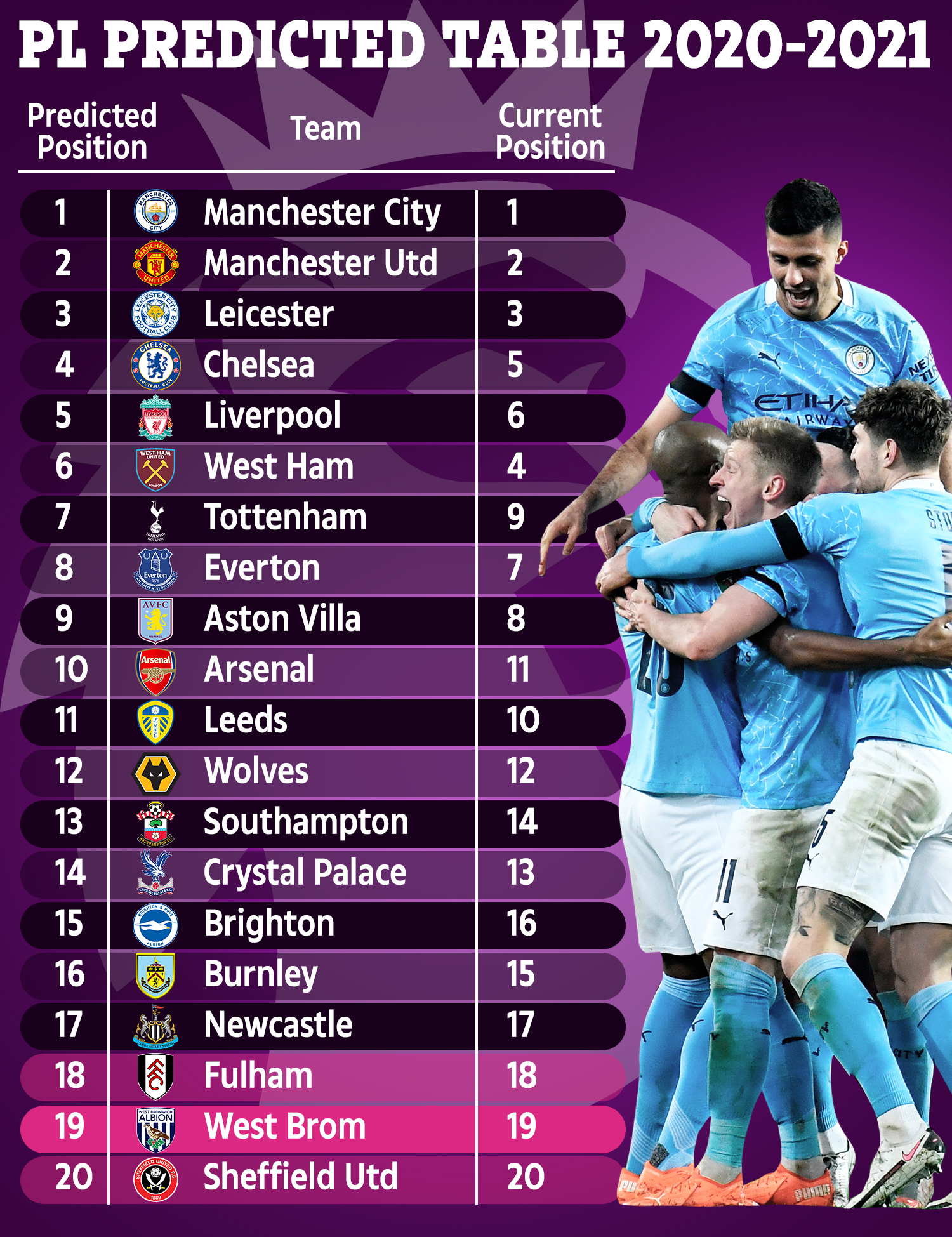 And according to bettingexpert.com, the Merseyside outfit will be playing Europa League football next term, providing they don't win the Champions League.

They have been predicted to end the season in fifth place, with Chelsea pipping them to fourth spot.

Pep Guardiola's side have won an incredible 19 games in a row in all competitions, and they have been backed to reclaim the Premier League crown.

Should they continue their excellent run, it will be City's third championship in the last four campaigns.

Their rivals Manchester United have been predicted to go one better than last season and finish in second, with Leicester to play Champions League football by coming third.

The Hammers are predicted to drop two places and finish in sixth, with Tottenham, Everton and Aston Villa finishing below.

Arsenal – who have lost three out of their last four league matches – complete the top ten, in what would be their lowest position since the 1994-95 term where they came 12th.

Leeds' impressive first season back in the top-flight could see them finish in 11th place according to the supercomputer.

They have been backed to sit above Wolves, Southampton, Crystal Palace, Brighton and Burnley.

With three defeats in their last four games, Newcastle currently sit in 17th as they sweat over a return to the Championship.

However the supercomputer believes they shouldn't be worried, as they will just above survive the drop.

The same can't be said for Fulham, West Brom and Sheffield United, who are all predicted to be relegated to the second-tier of English football.