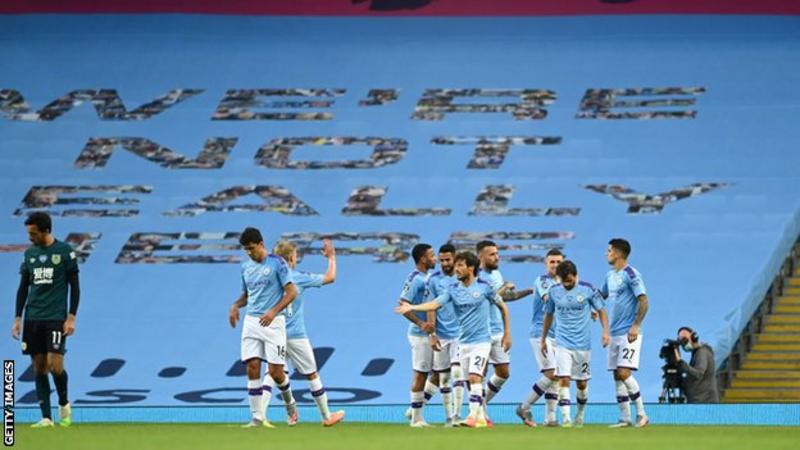 Less intense, fewer chances and a lack of goals.

The Premier League returned to action this month and while Liverpool picked up where they left off to clinch their first title in 30 years, how has the rest of the top flight fared?

Has there been a drop in quality post-lockdown? BBC Sport takes a look at the numbers from the games before and after the season’s suspension.

All statistics correct before Monday’s game between Crystal Palace and Burnley.

Where have all the goals gone? 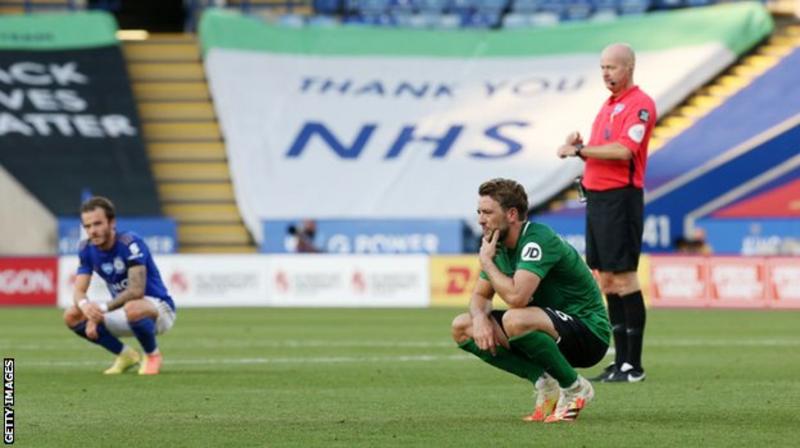 Manchester City’s 5-0 thrashing of Burnley and Liverpool’s 4-0 hammering of Crystal Palace have been the two standout games since the resumption but apart from those there has been little to get excited about.

In the 288 games between the start of the season in August and the final pre-lockdown fixture on 9 March, an average of 2.7 goals per game had been scored but this has dropped to 2.2 in the 24 matches since.

So are there signs that some teams have found it difficult to get going again?

The struggling sides who occupy the bottom five places in the table have failed to win any of their games since the restart, while third-placed Leicester have not picked up a victory either.

Sheffield United have suffered particularly badly, with their form pre-lockdown putting them in European contention but a draw and two losses since – without scoring – dropping them down to ninth.

“If I was a player I would not want to see the season fizzle out,” Blades boss Chris Wilder said after his side’s 3-0 defeat at Manchester United. “[But] it looks as though it is going to happen at the moment.”

Slow starts and a lack of creativity

“We started slowly but grew into the game and the second half was a lot better.”

Tottenham’s Eric Dier pretty much summed up the league as a whole after his side’s 2-0 win over West Ham.

Of the 24 games that have been played since the resumption, 14 of those have been goalless at half time, but only three have finished 0-0.

In fact, a hefty 71% of the 52 goals scored have been netted in the second half of matches.

The biggest factor that has dropped since the resumption has been the number of big chances created from 4.1 per game to 2.7, which has seen the average expected goals per match tally fall from 2.8 to 2.2.

Former Spurs midfielder Jermaine Jenas said: “The first half of most games have been pretty poor and that has been a running theme post lockdown.

“You know when you get to 80 or so minutes in games after not having a full “pre-season”, you are hanging on. That is why we are seeing a lot of late goals and maybe injuries in that time too.”

Wolves boss Nuno Espirito Santo said after his team edged a 1-0 win over Bournemouth: “The first half, for both teams, was tough and both teams were not able to play.”

A game of four quarters 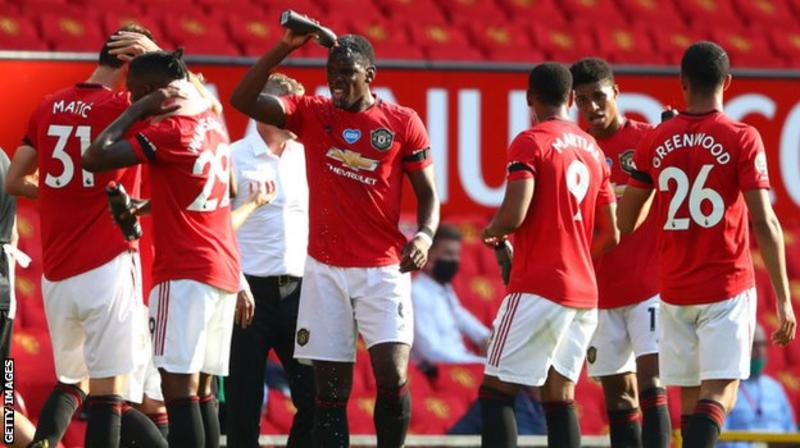 The old adage is that football is a game of two halves but with the addition of a drinks break in each half, it can be seen as a game of four quarters.

As the clock ticks on while the players replenish themselves, over a minute’s worth of action has been lost compared to the period before March, with the ball in play on average for 54 minutes and 42 seconds.

The stop-start effect may point to why there is a slight decrease in distance covered by teams, from an average of 108.5km per game to 107.8km, while the number of sprints has also fallen from 88 to 84.

Being permitted to make five substitutes instead of three may be a factor too, while teams have had to squeeze in extra games in a short period of time.

Aston Villa boss Dean Smith, whose side sit 19th, are the only team to play four times in 11 days, an issue which he mentioned three times after his side lost 1-0 at Wolves.

“Thank you very much for that,” he said.