LIVERPOOL would have been heading into the international break top of the table without VAR.

Jurgen Klopp's side were denied a late winner at Everton by the tightest of offside calls against Sadio Mane. 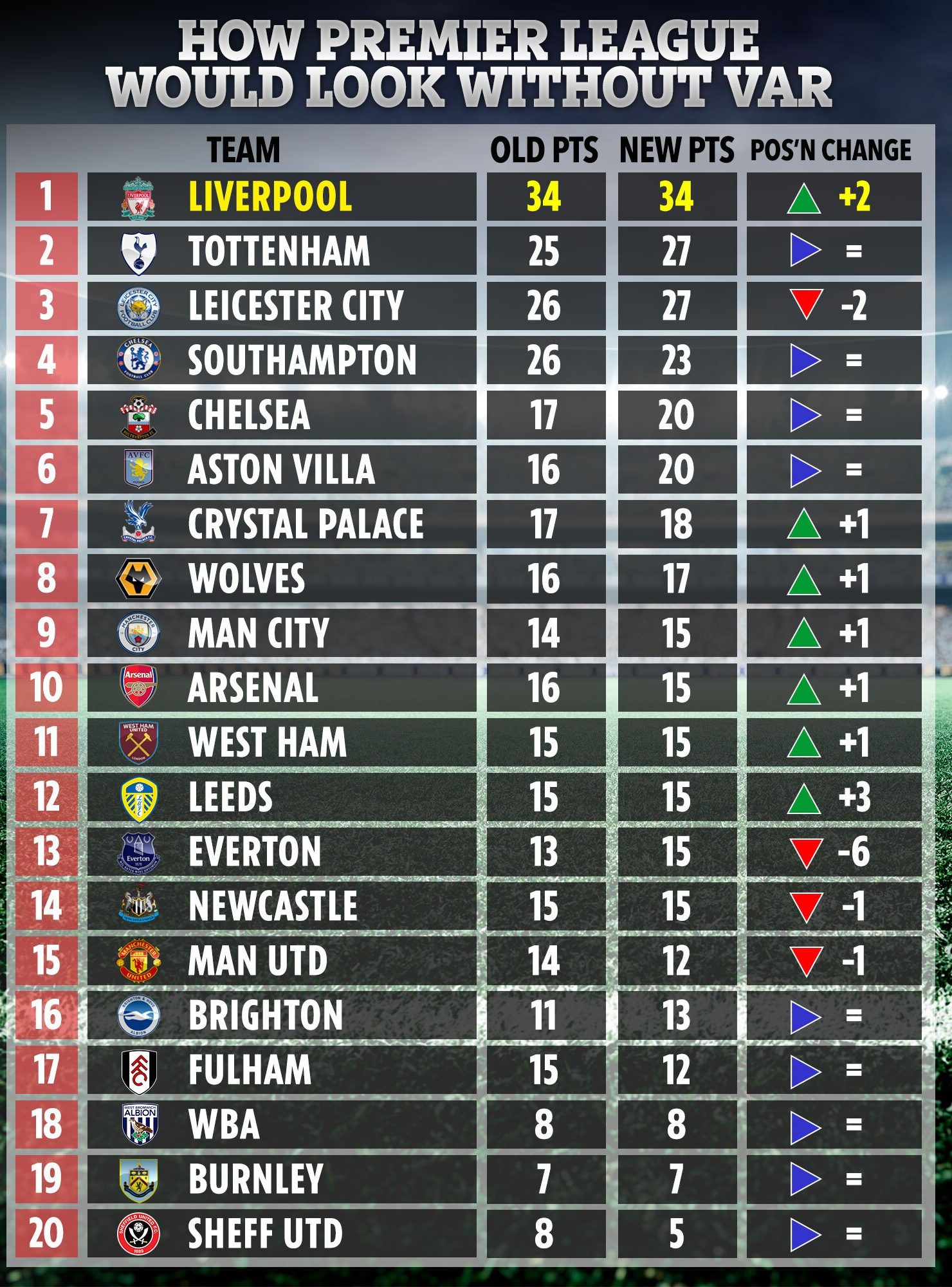 Last season's champions have also been on the receiving end of more VAR calls against them than any other side.

Across Stanley Park, though, Carlo Ancelotti's Everton will be grateful to the Stockley Park monitor men whose decisions have earned them three points – worth SIX places in the table – so far this season.

Manchester United can also breathe a sigh of relief as they would be even further down the table without the input of VAR.

Ole Gunnar Solskjaer's side, who are currently 14th, would drop down one place.

Arsenal would move up one spot to tenth while Chelsea remain the same in fifth.

Leicester are currently top of the league following their win over Wolves at the weekend.

But Jamie Vardy and Co would be THIRD without VAR as they have had two decisions awarded in their favour.

Tottenham would still be second in the top-flight despite having three VAR decisions go against them.

The Premier League has been tarnished by controversial VAR decisions of late.

Aston Villa were denied a first minute opener against Arsenal after another contentious VAR decision on Sunday afternoon.

Referee Martin Atkinson trotted over to the pitchside monitor to have a look at the incident.

But the scene descended into farce, when the experienced official had to watch it back on a miniature screen, with the main one seemingly not even switched on. 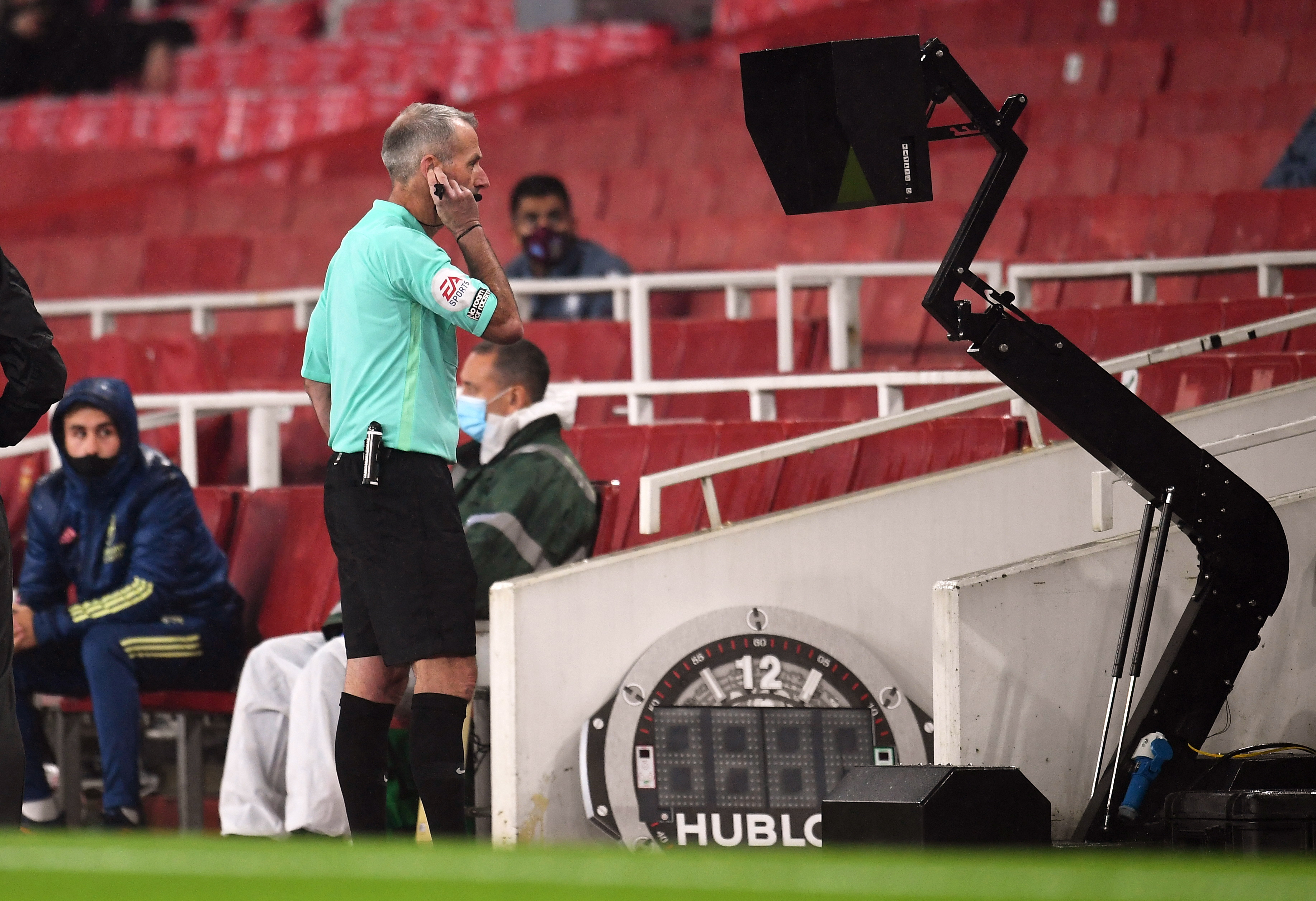 By the time the gam got back underway almost FIVE minutes later, the goal had been controversially chalked off.

Leeds striker Patrick Bamford was robbed of a goal by ANOTHER farcical 'armpit offside'.

The call was quickly labelled the worst 'in the history of football' by pundit Robbie Savage.