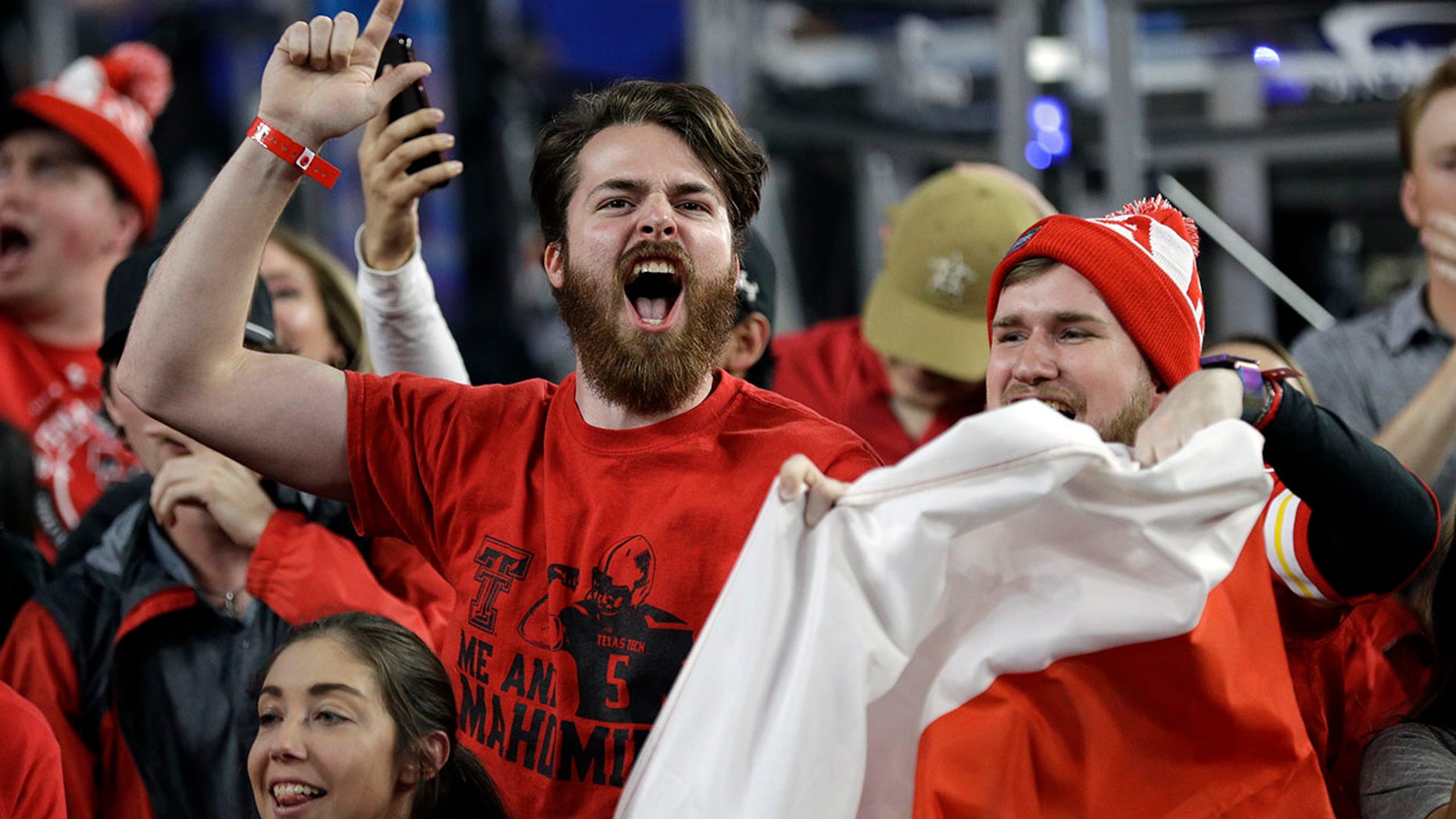 Lubbock, Texas, erupted in what the local newspaper called “fandemonium” on Saturday night after the hometown Texas Tech Red Raiders advanced to the championship final of the NCAA men’s basketball tournament.

No. 3-seeded Texas Tech upset the top-seeded Michigan State Spartans, 61-51, to earn a shot at playing Virginia for the crown in men’s college basketball.

In earlier March Madness action on Saturday, Virginia ousted Auburn, 63-62, in a game that some say was marred by controversial referee decisions.

Both games were played in Minneapolis, where Monday night’s final also will be held.

In Lubbock, a huge crowd soon gathered at the Texas Tech campus to celebrate the Red Raiders’ win.

“I’ve never seen anything like this in Lubbock,” Tim Hays, a senior at Texas Tech, told the Lubbock Avalanche-Journal. “I’ve been to other rallies like this, but nothing compares to the electricity here.”

“I’ve never seen anything like this in Lubbock. I’ve been to other rallies like this, but nothing compares to the electricity here.”

But what started with cheering and high-fives soon devolved into rowdiness and destruction, according to reports.

Witnesses reported seeing fires set ablaze, with at least one car being flipped over, KCBD-TV of Lubbock reported.

Other reports said as many as four cars were flipped.

"Alright folks, we are just as happy that Texas Tech WRECKED Michigan State," the message said, "but we are asking people to leave the Broadway area near University. We have multiple officers in the area clearing the scene.

"The large crowds are causing a safety concern. We are also encouraging drivers to avoid the area as some of the roads have been blocked."

“After the Texas Tech Men’s Basketball team defeated Michigan State in a NCAA Championship Final Four game, hundreds of fans gathered on Broadway, near University. The crowd engaged in extremely dangerous, and disappointing, behavior including vandalizing property. We are proud, and excited, for Texas Tech, but behavior like this will not be tolerated. We want Red Raider fans to support the team and celebrate lawfully and responsibly. We are on the national stage so make Lubbock proud.”

There was no immediate information available about arrests, injuries or a cost assessment of property damage.