The 26-year-old was one of the Magpies better players as they lost 2-0 against to the Red Devils thanks to second half goals from Romelu Lukaku and Marcus Rashford. 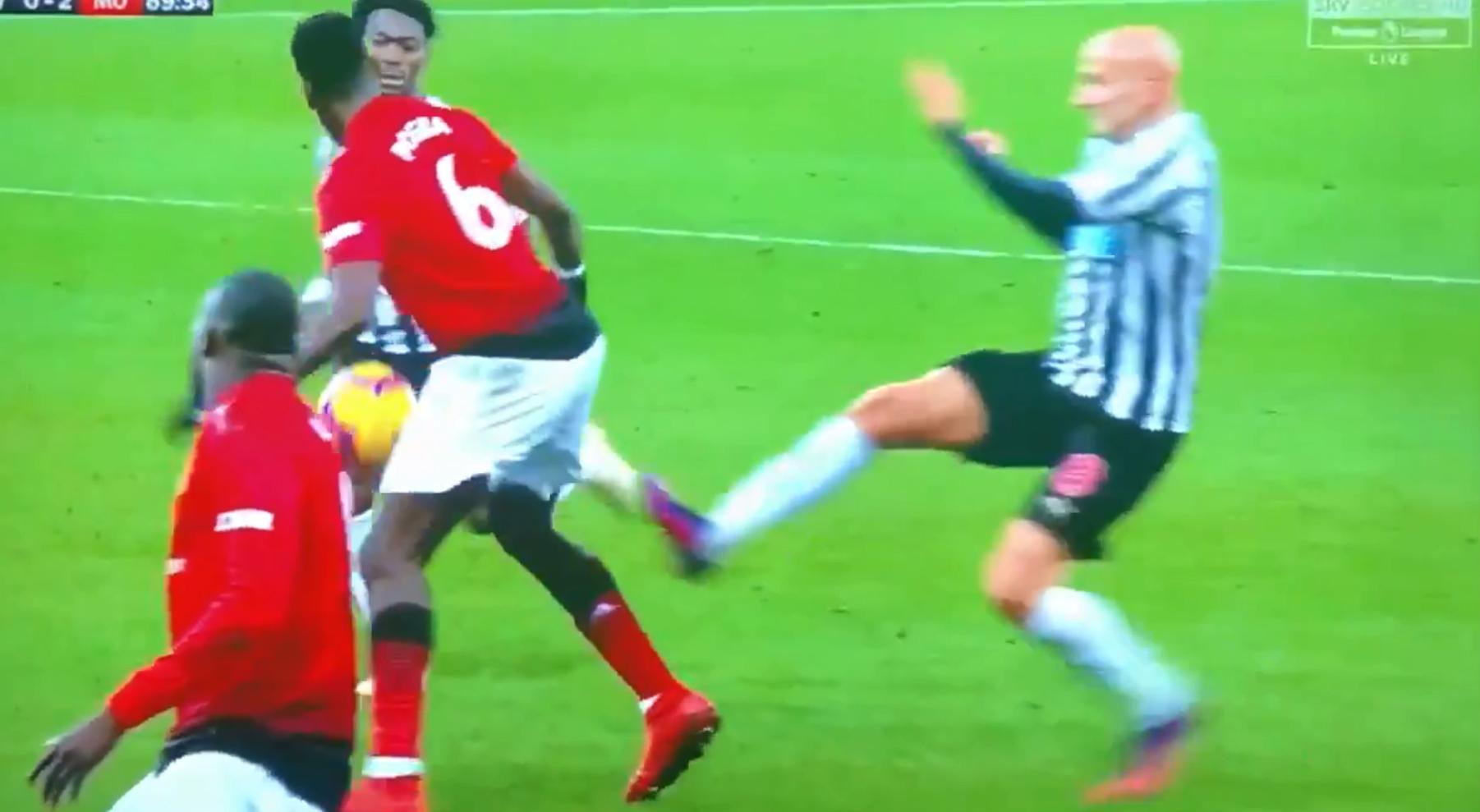 But even though he displayed moments of magic, he was lucky to finish the match after a studs-up challenge on the World Cup winner.

Closing down the Frenchman in the 72nd minute at St James' Park, the England international lept in on the ex-Juventus midfielder, with his right boot halfway up Pogba's leg.

The free-kick was awarded to United, but referee Andre Marriner deemed the challenge not even worthy of a yellow card.

Jamie Carragher was left in disbelief that the tackle didn't warrant a red card, as he said on commentary: "He should be off the pitch for that, Shelvey." 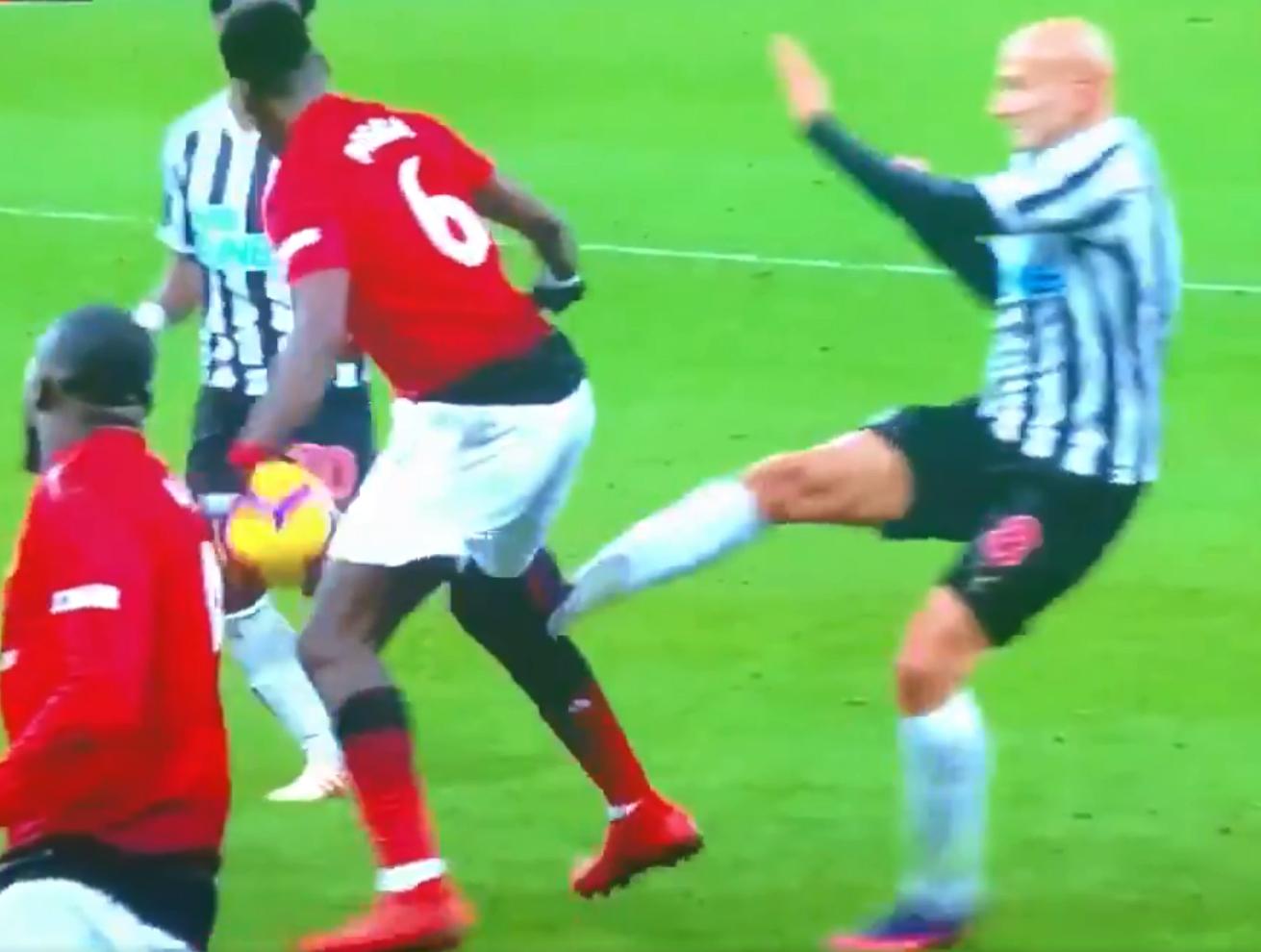 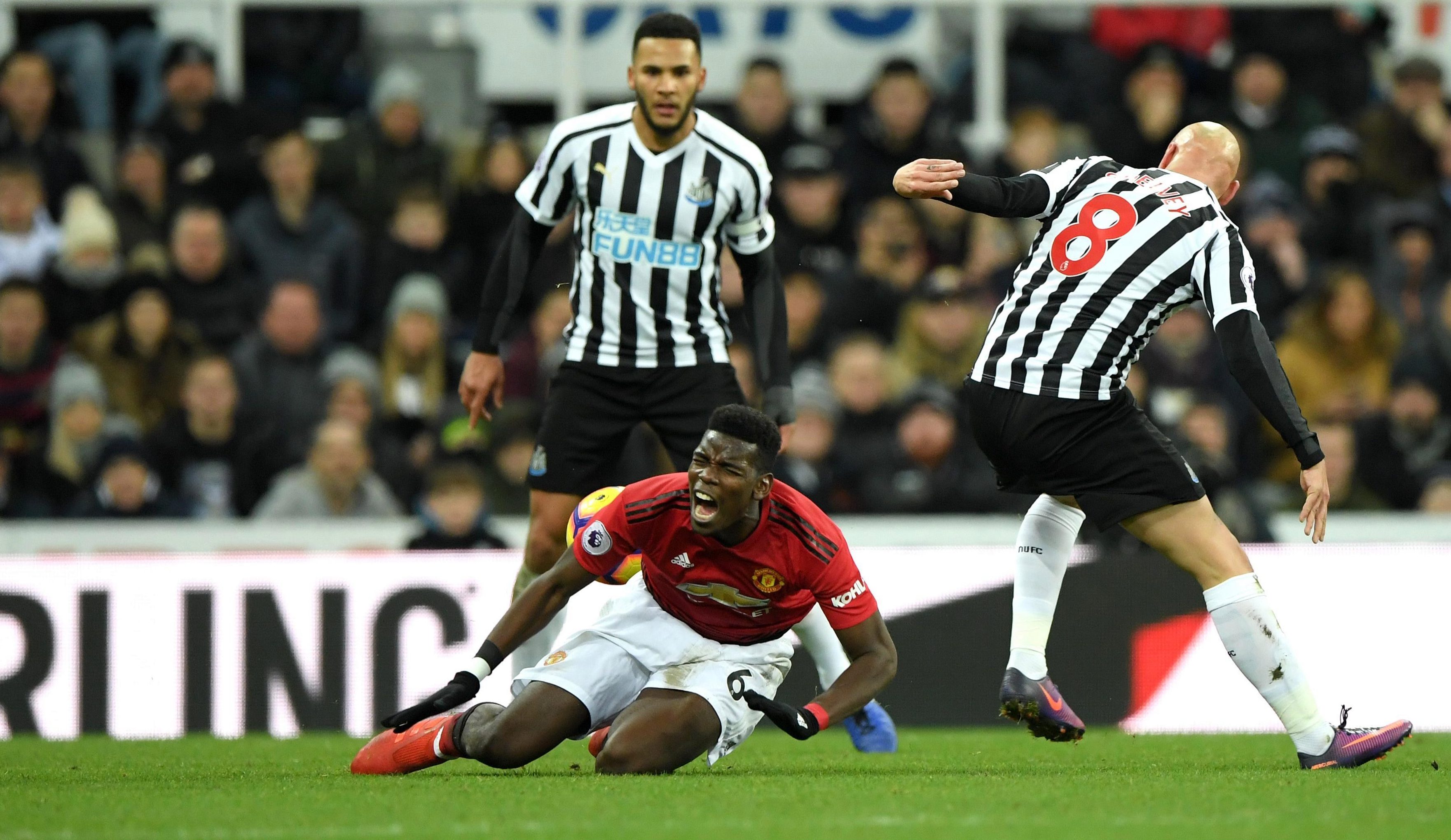 Pogba got his own back on Shelvey minutes later as he clattered into him with his own late challenge shortly before United doubled their lead.

Before taking to Twitter where he uploaded a picture of his right leg, with the caption: "Great win to start 2019… caption this…"

Fans on Twitter were left equally mystified by the tackle from the ex-Liverpool maestro, as one said: "Red all day from Shelvey that. Knee-breaker."

While another commented: "That’s an absolute shocker of a challenge from Shelvey on Pogba. Above knee height and straight down the back of his leg. Should be off."

Despite the nasty challenge, the FA won't take any action against Shelvey.

Because a free-kick was given at the time, the incident is regarded as having have been dealt with, even though the decision was incorrect.

Next up for United is a home clash against Championship strugglers Reading in the FA Cup.