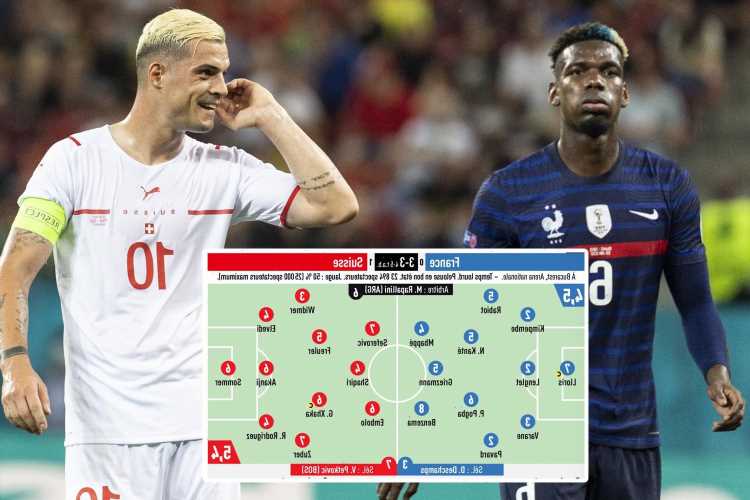 PAUL POGBA and Granit Xhaka ran the show for their respective nations as France and Switzerland duked it out in a Euros classic.

Both men seemed to be everywhere as the reigning world champions were dragged into a slug fest, but somehow not all observers agreed. 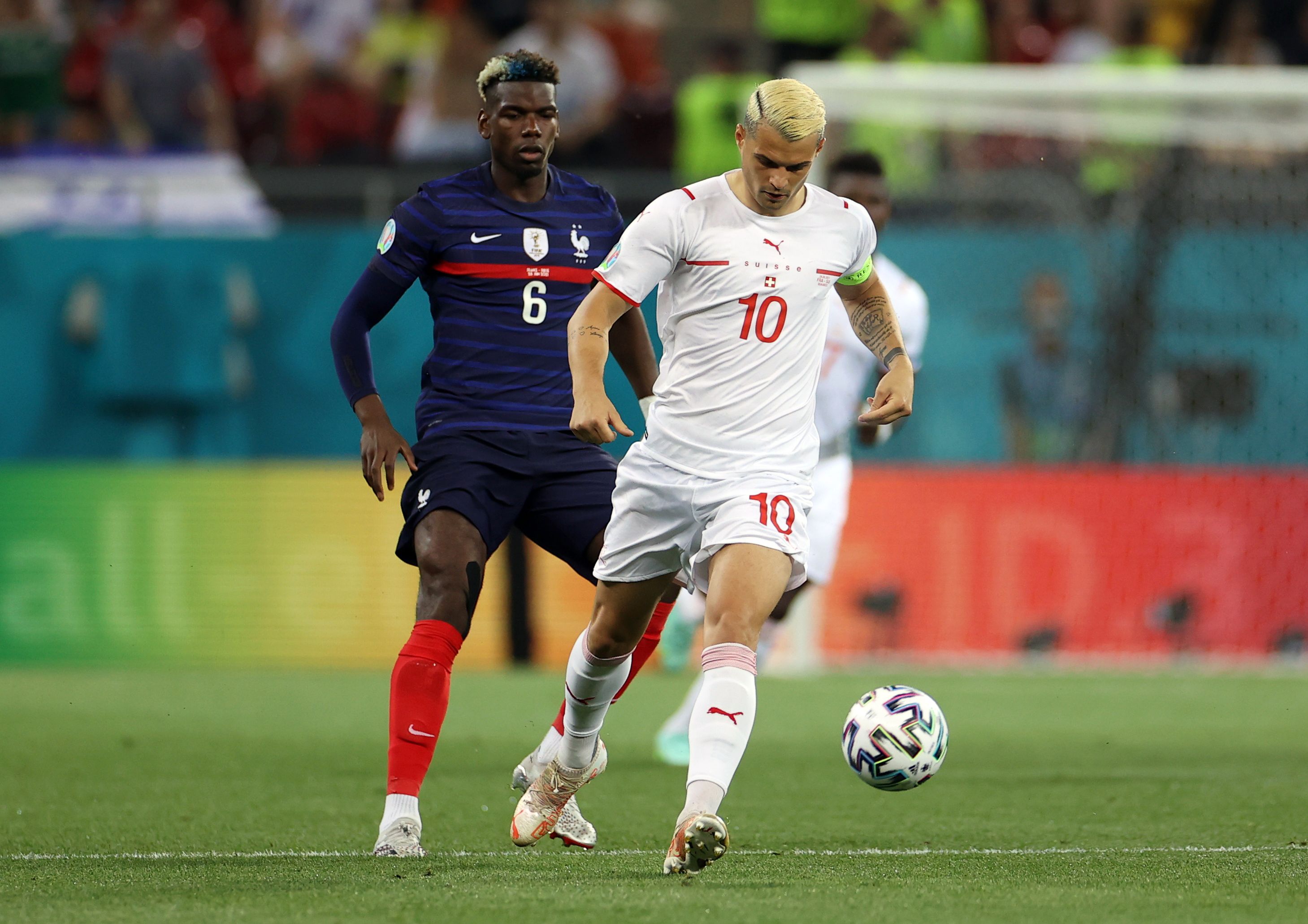 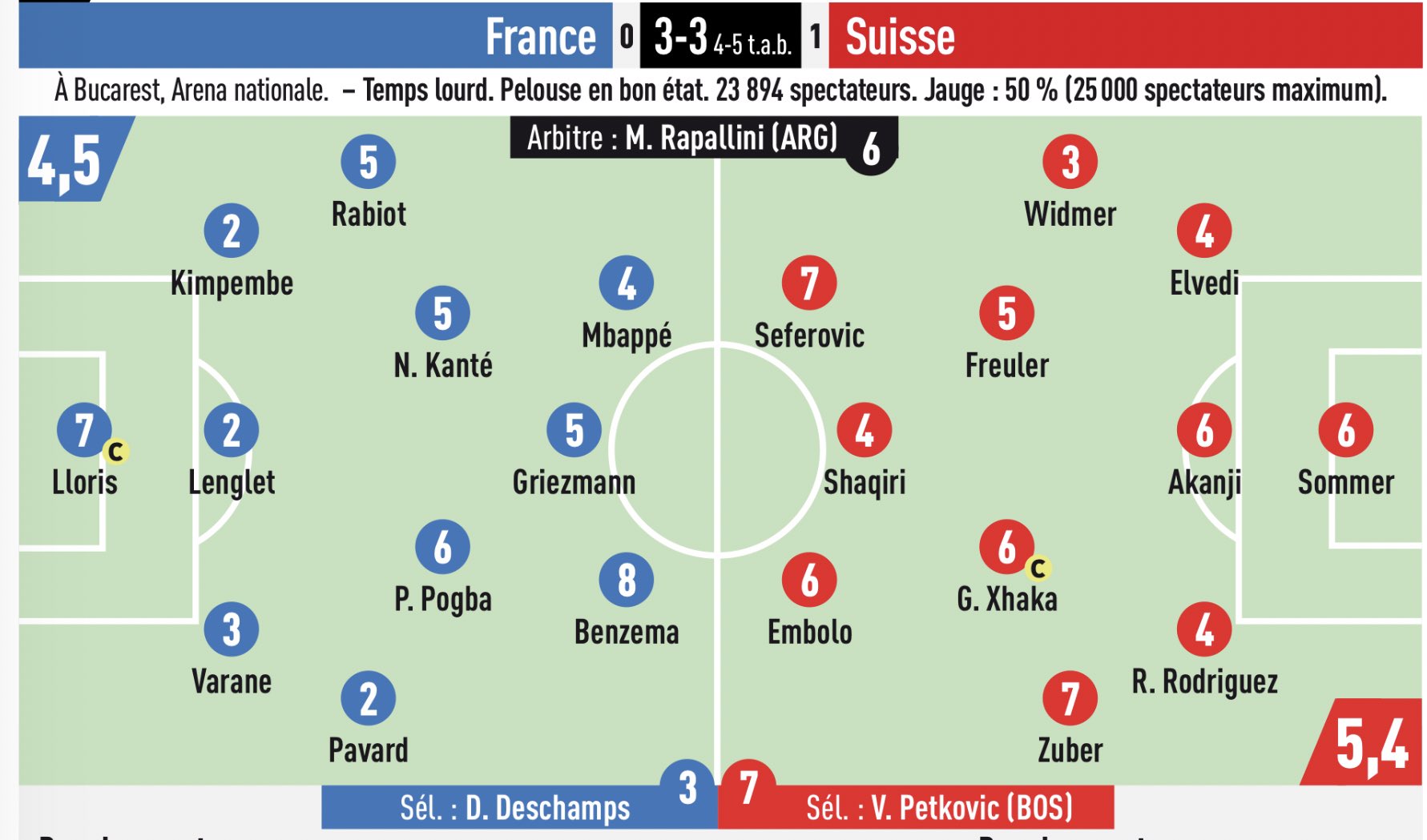 Pogba's performance fizzed with creativity, not to mention an outstanding goal.

While Arsenal star Xhaka earned the Uefa Star of the Match award.

But notoriously harsh French paper L'Equipe deemed the pair worthy of only 6/10 apiece.

And the brutal rater didn't even deem either player to have been the best on their team.

Karim Benzema, scorer of two second half goals, earned an 8/10 for his efforts in Bucharest, while French goalkeeper Hugo Lloris mustered a 7/10.

No victorious Swiss managed to get as high as an eight, although Steven Zuber and two-goal Haris Seferovic were awarded sevens.

And there were plenty of players who received awful marks.

Kylian Mbappe, who missed the crucial spot kick in the shoot-out, was given a 4/10 on a tough night for the PSG striker.

And ITV pundit Gary Neville feared for Mbappe as he stepped up to take the crucial spot-kick.

He said: "You just knew as Mbappe was walking up, you thought, 'Oh no'.

"I said just before extra-time I thought he would turn up, and he had a couple of moments in extra time. This has just not gone well for him at all.

"He has aspirations to be the greatest player in the world, like Cristiano [Ronaldo] and Lionel Messi.

"This is a little bump in the road for him but a massive test for him in the next few weeks. He’ll come through it.

"He’s having a tough time obviously in this tournament, and it’s a tough one for him and the French team to take."