American Collin Morikawa has won the US PGA Championship in sensational fashion after a thrilling final round in San Francisco.

Morikawa emerged from a seven-way tie for the lead in the closing stages at Harding Park by chipping in for a birdie on the 14th hole and then producing a stunning eagle on the 16th by driving the green on the 294-yard par four and holing from seven feet.

The 23-year-old carded a closing 64 – equalling the lowest round of the week – to finish 13 under par and two shots ahead of overnight leader Dustin Johnson and England’s Paul Casey, who barely put a foot wrong in pursuit of his first major title at the 64th attempt.

Sharing the full story, not just the headlines

Morikawa, whose only mistake of the day came when the lid of the Wanamaker Trophy flew off as he hoisted it aloft, described the win as “amazing”.

“It’s been a life goal as a little kid, watching all these professionals and this is always what I’ve wanted to do,” said Morikawa, who was born in Los Angeles and won five times during his college career at the University of California, Berkeley.

“I felt very comfortable from the start, as an amateur, junior golfer, turning professional last year, but to finally close it off and come out here in San Francisco – pretty much my second home where I spent the last four years – it’s pretty special.

“I’m on cloud nine right now. It’s hard to think about what this championship means, and obviously it’s a major, and this is what guys go for, especially at the end of the their career, and we’re just starting.

“So I think this is just a lot of confidence, a lot of momentum, and it just gives me a little taste of what’s to come.”

Casey carded five birdies and a solitary bogey in a final round of 66 to record his best finish in a major at the age of 43, with Matthew Wolff, Jason Day, Bryson DeChambeau, Tony Finau and Scottie Scheffler all sharing fourth place on 10 under.

Olympic champion Justin Rose finished alone in ninth on nine under following a final round of 67.

“I mean, what a shot he hit on 16, just awesome golf. There’s nothing you can do except tip your cap to that. I’m very, very happy. It’s been a great week, (albeit) a strange week obviously missing the fans.” 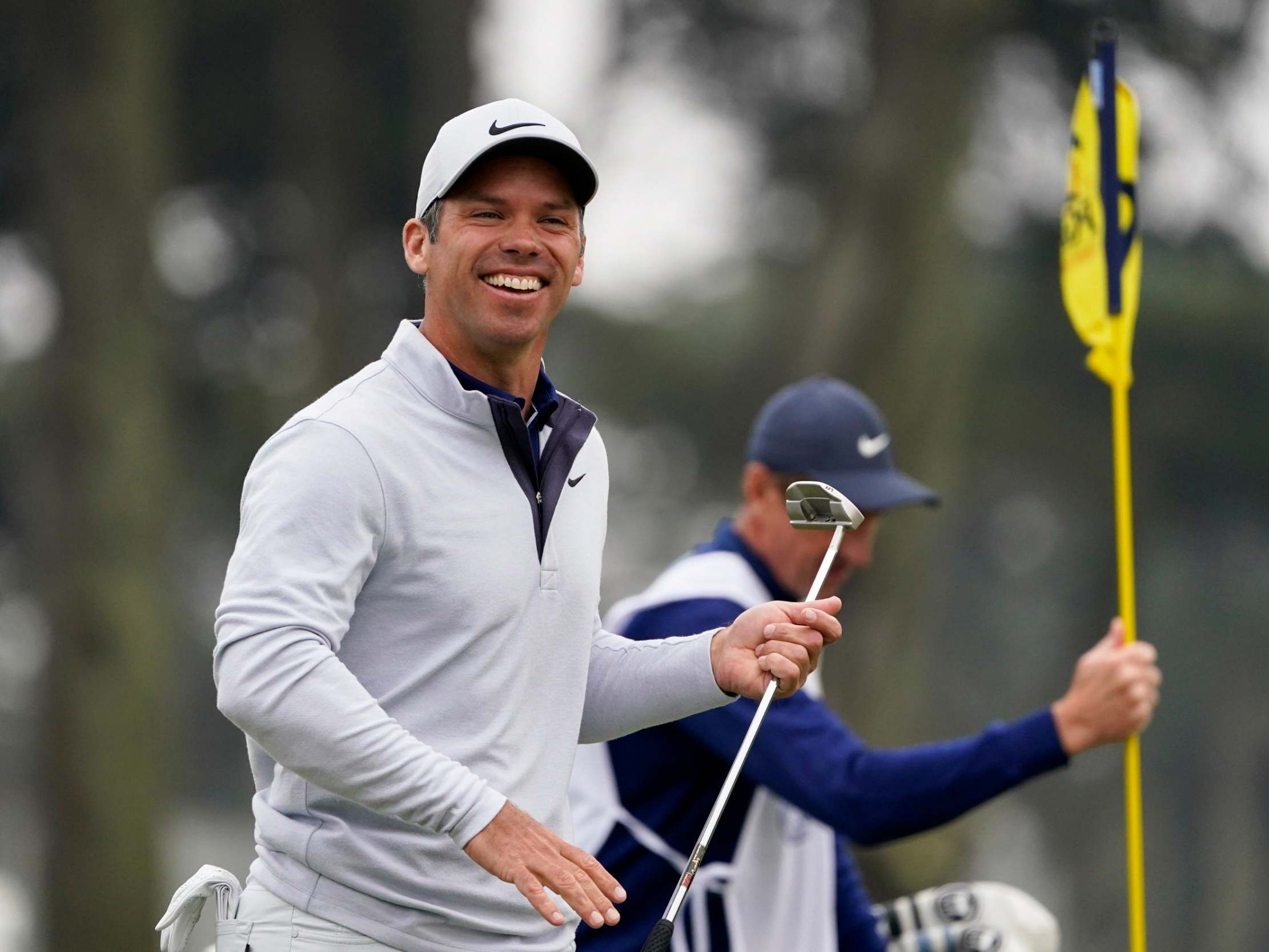 Morikawa, who beat Justin Thomas in a play-off in the Workday Charity Open last month for his second PGA Tour title, began the day two shots off the lead and had to hole lengthy par putts on the first two holes.

Birdies on the third, fourth and 10th took Morikawa into a tie for the lead which became a six and then seven-way tie until his moments of brilliance on the 14th and 16th proved decisive.

Overnight leader Johnson made the ideal start with a birdie at the first and recovered from a bogey on the third to birdie the next, but played the next 11 holes in one over par before a late flourish thanks to birdies on the 16th and 18th.

The 36-year-old has now failed to convert any of his four 54-hole leads in major championships, although he did break par for the first time with a closing 68.

Defending champion Brooks Koepka, who was chasing an historic hat-trick of victories in the event, began the day on the same score as Morikawa but slumped to a closing 74. 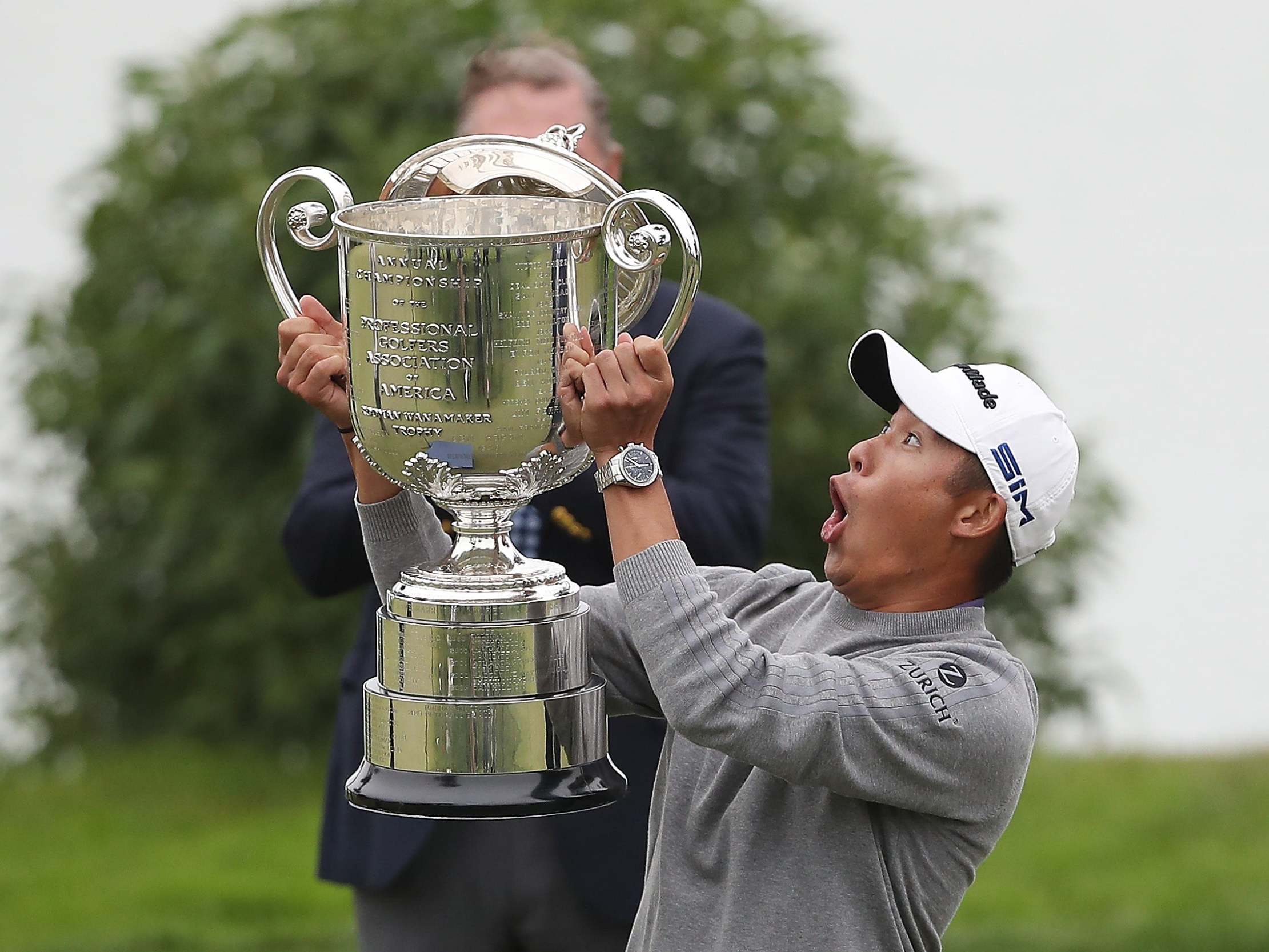 Four-time major winner Koepka, who had taken a verbal dig at Johnson’s tally of just one major after the third round, finished in a tie for 29th with England’s Tommy Fleetwood, who could only post a final round of 73.

Jon Rahm’s share of 13th place was enough to take the Spaniard back to the top of the world rankings ahead of Justin Thomas, who finished in a tie for 37th.

Rory McIlroy (68) and Tiger Woods (67) both shot their best rounds of the week on Sunday to finish two and one under par respectively.