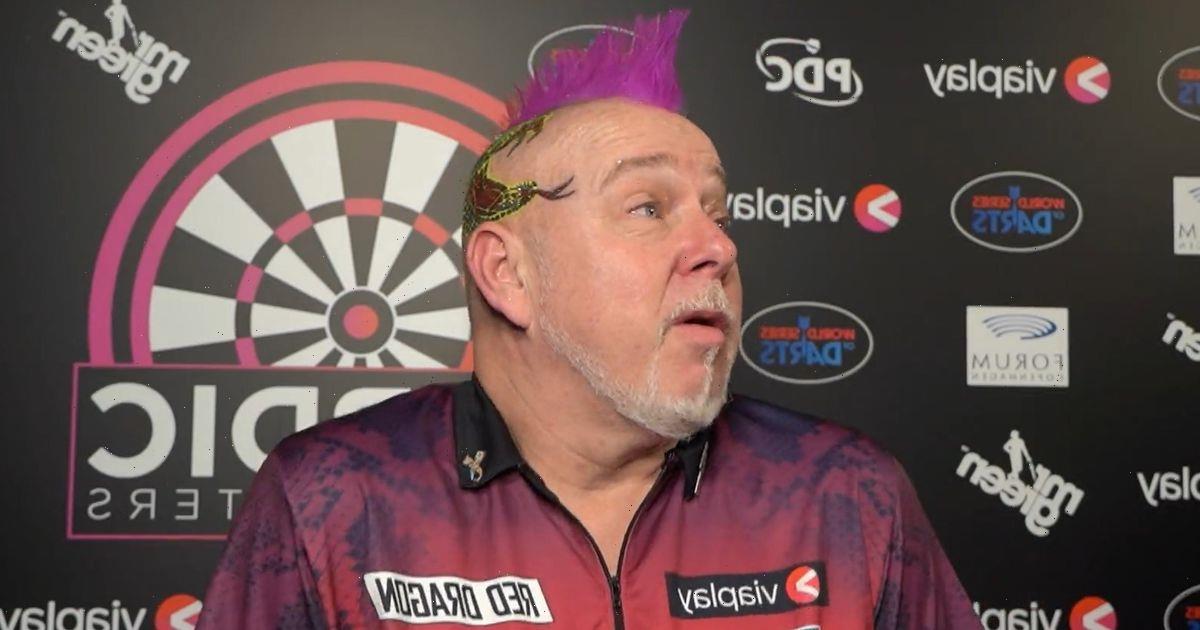 Peter Wright has revealed how only a Robbie Williams classic came close to knocking him out of his stride as he swept to glory at the Nordic Darts Masters.

Snakebike was in dominant form as he won the second World Series event of the year in Copenhagen at the weekend. The two-time world champion impressively defeated ‘big four’ rivals Michael van Gerwen, Michael Smith and Gerwyn Price in consecutive matches in the Danish capital.

After a poor 2022, which saw him and wife Jo suffer health scares, it has been a positive start to the year for Wright, who said he felt “unbeatable” as he saw off his biggest rivals in the sport.

Wright defeated Price 11-5 in a final that only looked like going one way. However, during the match, Wright was hit with a pang of emotion after Williams’ iconic track Angels was played in the arena during a break as it reminded him of his daughter’s wedding.

“I feel really good, apart from in the break there…,” he said in a post-match interview. “It’s my daughter’s anniversary of her wedding and they played Angels on stage. And she sung that to me.”

What are you expecting from Peter Wright this year? Tell us in the comments section

An emotional Wright welled up during the interview before composing himself.

"It's lovely when darts go like that – I just felt unbeatable," he said. "It doesn't matter who was in front of me. I feel really good. The way I felt, no-one was going to touch me in the final – the darts were flowing.

"Gezzy's [Price] a fantastic player, he was in the final in Bahrain last week and he's beaten me the last four times I played him so I've got one back!

"To beat the best players in the world is brilliant. To be invited to play on the World Series, I'm grateful, and the amazing crowds make the difference.

"Last year was a bit tough so let's get on it and start winning. This will give me confidence for the Masters next week."

Next up is the Masters in Milton Keynes, which begins on Friday. Wright begins his campaign in the second round on Saturday against the winner of the first round tie between Ryan Searle and Dave Chisnall.