The first thing you notice about Pete Dunne is that you will never, under any circumstances, see him wearing socks.

As he walks the immaculate floors of the state-of-the-art WWE Performance Center, an air-conditioned refuge from the punishing Florida humidity, Dunne sports skin-tight black jeans, jersey to match, velvet jacket and slip-on shoes – with – vitally – no socks.

It might seem like a very minor detail but is indicative of something bigger – that this is a man who never forgets his roots and the influences of those around him, specifically his Black Country and British Strong Style brothers.

“Trent Seven wouldn’t have let me even go to a try-out wearing socks,” he says with a smile, which is never seen on NXT television.

“I think I’ll always be homesick. Even though Orlando is amazing and the sun’s always out, I’ll always miss Birmingham. I don’t know what it is.” It seems a strange statement to make in the environment of the place which is shortened by all WWE employees to ‘the PC’. Behind Dunne is one of seven full-size wrestling rings. In front of him is an exact replica of the ramp and entrance area used by NXT for their television tapings at Full Sail University. A bank of wall-mounted cameras capture all of the training action as it happens. Rumour has it these cameras feed directly into Vince McMahon’s office.

They all serve as shiny reminders of the journey upon which Dunne has travelled since he began his life in wrestling at the age of 12.

“I set up a life back home, I had a baby a year ago and I really got attached to living there,” he said. “But then an opportunity like this came along and I had to do it.

“I started wrestling in Coventry in a run-down community centre just on mats, we didn’t even have a ring. So to walk in here and see this is crazy. It’s an amazing facility.

“To think we have the same thing in the UK is really cool too.” Like many wrestlers, Dunne’s in-ring personality mirrors his real one. He is quiet, focused, has a steely determination about him and there is no wasted motion. His career has been the same too, played out with the type of patience he portrays when lining up the next finger snap or stiff forearm shot.

Still only 25, he was in no rush to leave NXT UK, especially as it gave him the opportunity to fine-tune his already well-crafted skills ahead of the move across the Atlantic, but timing is always everything.

“I really took my time with it,” he said. “I’ve been very lucky with my career that I’ve been able to experience every part of this company. I’ve been able to do the independents too so I’ve been doing those alongside main roster, NXT, and I’ve seen the broad spectrum of pro wrestling.

“It’s time now. Especially with NXT going onto network television in the United States, it’s a really exciting time to be involved with that.”

Said network television will expose Dunne – and the rest of the NXT roster – to a fresh audience of fans and he speaks with a measured confidence about his plans to impress those new potential admirers.

“I see myself as a career professional wrestler,” he said. “The end goal wasn’t always to go to Raw or SmackDown, it was just to create a body of work that I’m proud of. 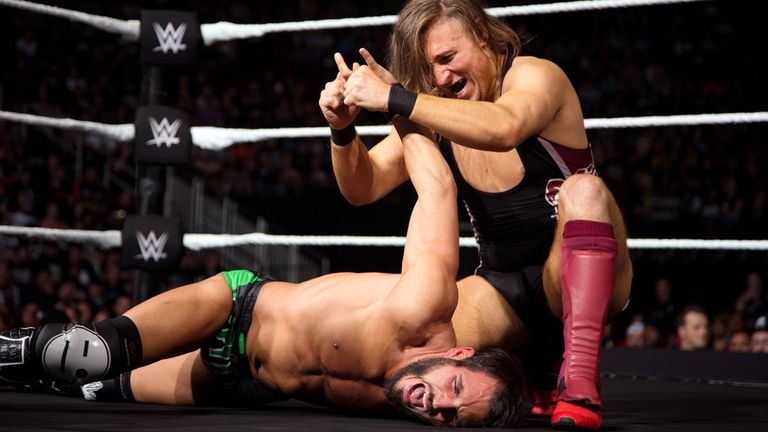 “I wanted to do this for a living and enjoy it. NXT is a third brand now and to be given the chance to create a body of work under that banner is very exciting for me.”

Dunne is currently involved in a program on NXT with Damian Priest as he begins his mission to make a mark on the mid-card beneath the glare of the USA Network cameras at Full Sail.

His spot as the figurehead of NXT UK has now seemingly passed to two men – the hard-hitting champion WALTER and Dunne’s great friend Tyler Bate, who had a match at last month’s TakeOver in Cardiff which many fans have down as one of the best of 2019.

“It was brilliant,” agrees Dunne. “Everyone knows Tyler is really good but because he’s such a laid-back person I think people forget how good he is.

“That was a really good showing for him of how good he really is. I would encourage everyone to go and watch that match.” 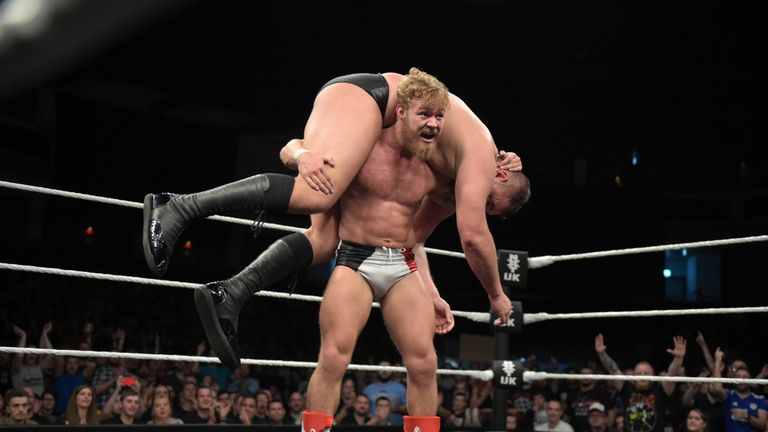 Bate, however, may have to display the same kind of patience Dunne exhibited before he can move to Florida. Establishing his skills to the American audience was a very gradual process for the Bruiserweight, and Bate is likely to find his trajectory take a similar course.

“It wouldn’t surprise me if they all started being featured over here, in the same way I’ve been in the past couple of years,” he said.

“But NXT UK is still there and it still needs people like Tyler, Trent, WALTER. I don’t think it’s going to be an immediate thing but it wouldn’t surprise me if you saw more of that.

“We’re not rushing these opportunities. When we first went to our try-out there wasn’t even a UK tournament and then after we had that, it was still a year and a half before we got NXT UK.