The Spanish forward limped off with an apparent hamstring injury in the game against Watford. 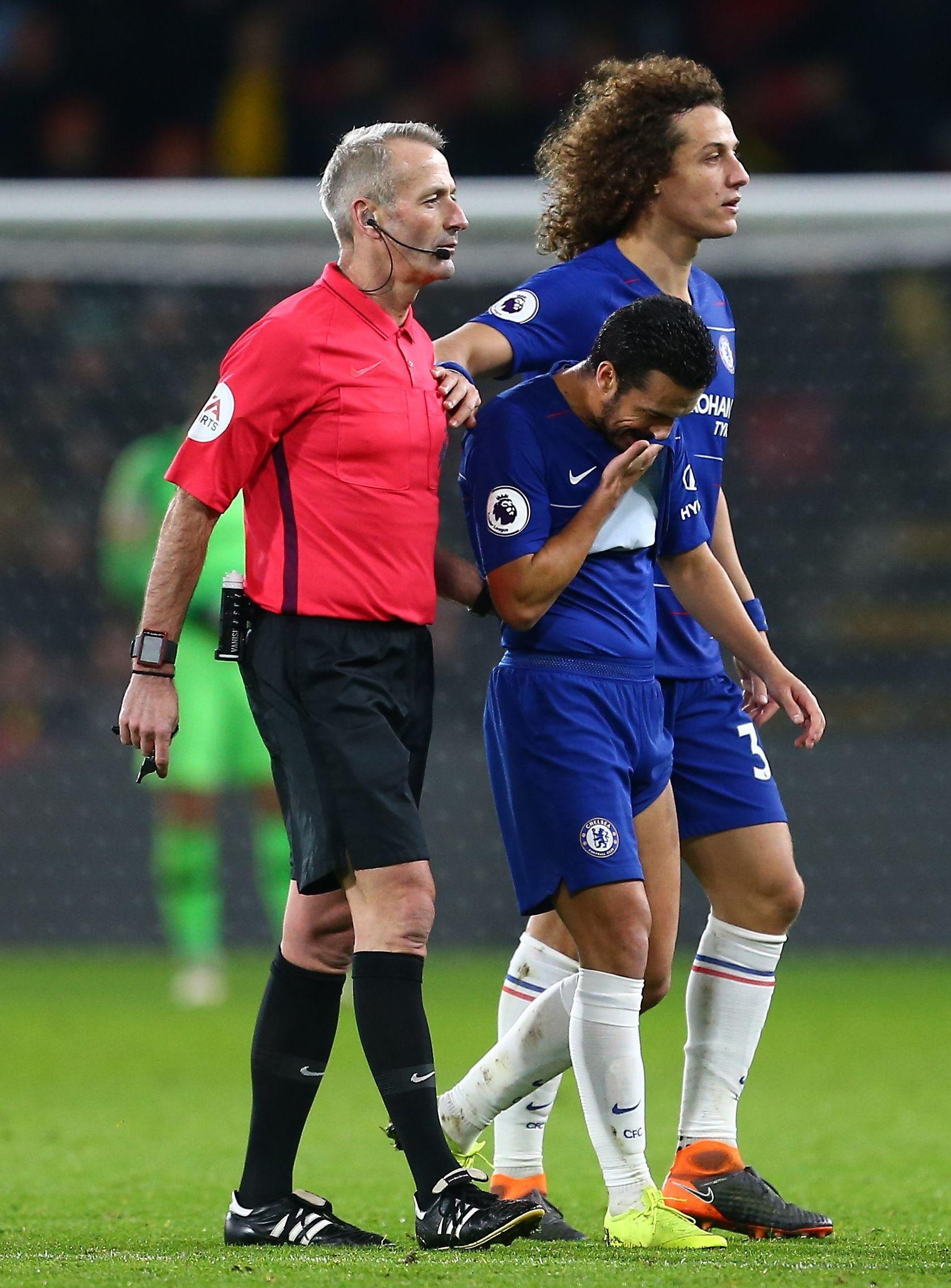 He was replaced by Callum Hudson-Odoi in the 43rd minute.

Chelsea fans have been calling for teenage starlet Hudson-Odoi to be brought in for weeks – but the 18-year-old is making his first Premier League appearance of the season.

The Londoner, who has helped Chelsea win numerous trophies at youth level and also won the Under-17 World Cup in 2017, has been a regular on the bench this season.

But he has found first-team opportunities hard to come by.

However, with manager Maurizio Sarri clearly not fancying Olivier Giroud or Alvaro Morata, Hudson-Odoi got his chance.

Giroud remained on the bench while Morata, who returned to training last week, was left out of the match day squad altogether.

Hudson-Odoi has been attracting major interest from Europe's top clubs – with Borussia Dortmund and Bayern Munich among those interested.

Dortmund, who have found great success with Jadon Sancho, are believed to have even asked for Hudson-Odoi in exchange for Christian Pulisic – an offer the Blues rejected.

Sancho, who has seven goals and nine assists for Dortmund this season, sat on the bench with Hudson-Odoi starting the U17 final last year.