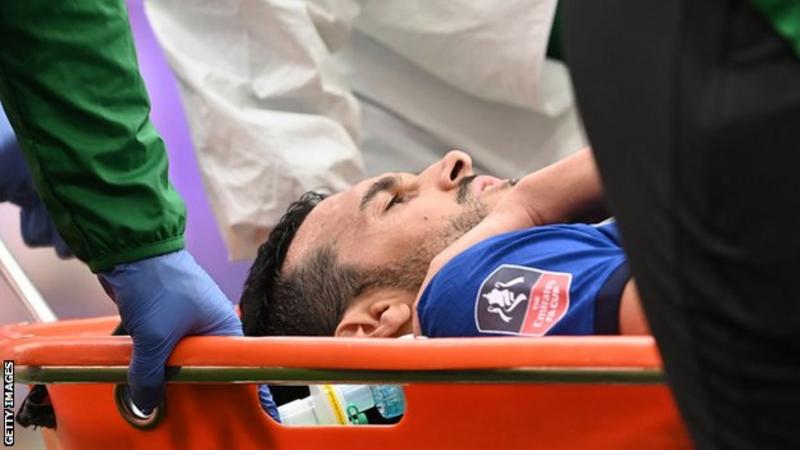 Chelsea forward Pedro has undergone successful surgery after dislocating his shoulder during his side’s FA Cup final loss to Arsenal.

Pedro, 33, who came on as a second-half substitute, collided with Gunners goalkeeper Emiliano Martinez in the closing stages of the match at Wembley.

The Spain forward is leaving the Blues after five years and is reportedly set to join Serie A side Roma.

“The surgery went well, I will be back soon,” Pedro wrote on Instagram.

“It was a pity not to win the FA Cup. Thank you all for your support.”

Chelsea are in Champions League action on Saturday as they look to overhaul a 3-0 deficit in the second leg of their last-16 tie at Bayern Munich.