Paul Pogba’s absence from pre-season training at Manchester United this week has sparked more speculation about his long-term future.

It has come after the France midfielder used a personal promotional trip to Japan in June to state that “now could be a good time to find a new challenge somewhere else”.

But while most of his team-mates reported for pre-season duty on Monday, Pogba is away from United’s Carrington training base with the permission of manager Ole Gunnar Solskjaer – having been given time off after a hectic 16 months.

The word from United is that he will be on the plane to Australia when the first team set off for Perth on Sunday to begin a pre-season tour.

Pogba’s future has been the subject of intense speculation for months – there were widespread reports of acrimony between him and former United manager Jose Mourinho, while the midfielder stated in March that Real Madrid were “a dream club for every player”, though he did add that he was happy at Old Trafford.

Real and Juventus have repeatedly been linked with Pogba, who is contracted to United until 2021. So far, though, there has been little indication either club will make an offer big enough to persuade United to sell their £89m record signing.

Pogba’s schedule since the end of March 2018 shows just why he has been granted a break; he played the final 10 matches of that campaign for United, then had a key role as France won the World Cup, and was thrown straight back into another Premier League campaign. 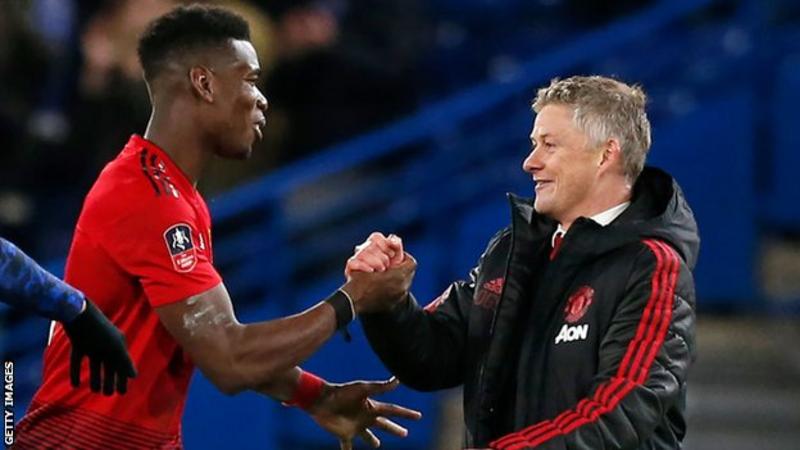 Along with Marcus Rashford and David de Gea, the midfielder made 47 club appearances last season – and no United player made more.

Both Rashford and De Gea were given additional time off by United this summer, and Pogba has had greater international commitments over the 2019 close season than both of them, making three 90-minute appearances for France.

So, while the talk over Pogba’s Old Trafford future is bound to continue at least until the English transfer window closes on 8 August – perhaps until the Italian window shuts on 23 August, or the Spanish transfer deadline of 2 September respectively, his current absence from training is not in itself a reason to speculate.