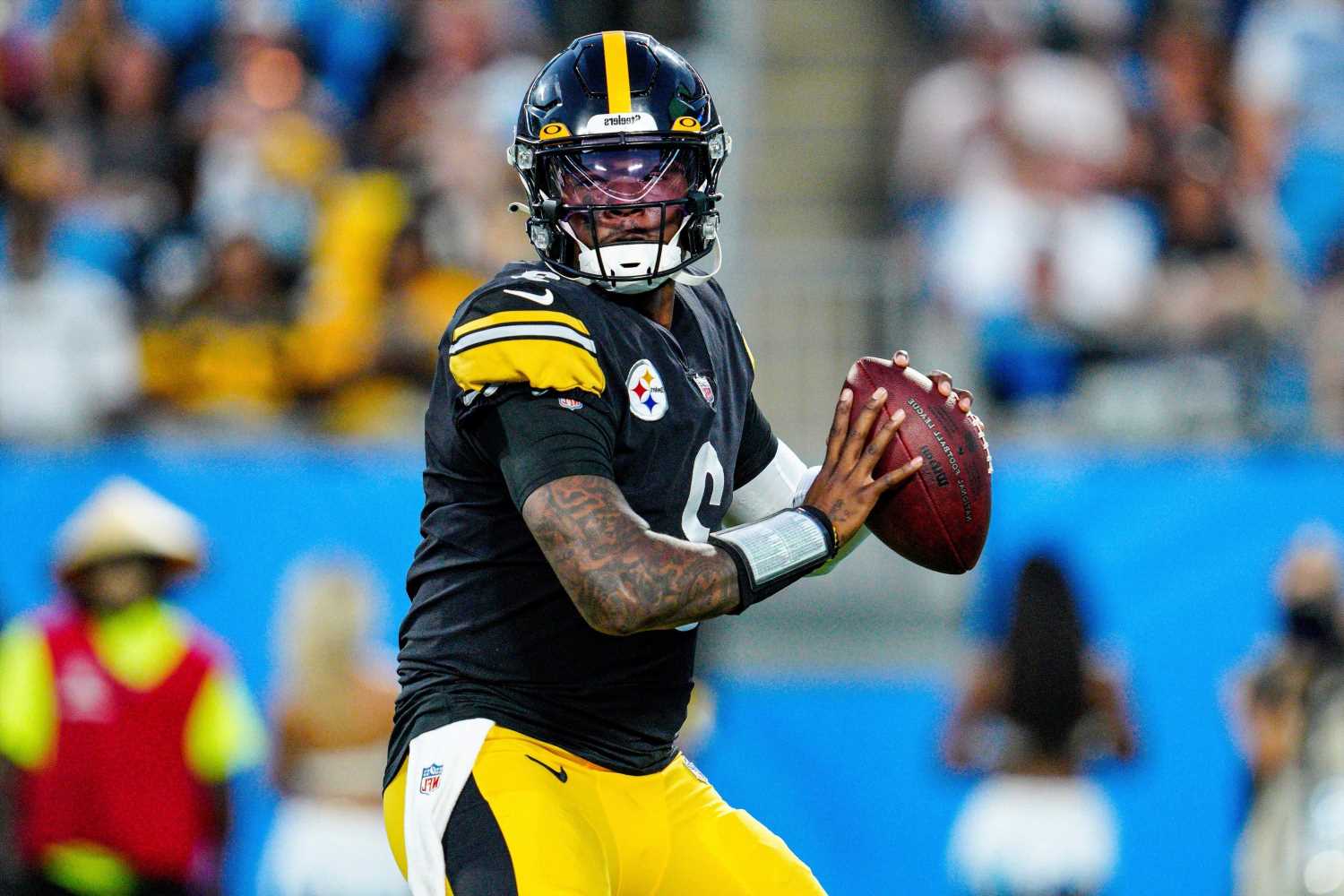 The 911 dispatcher responded to the concerned wife: “I don’t want you to panic but I am going to be honest with you. We do have an incident on the highway, but I can’t confirm if that is your husband or not … We have units en route right now. I think rescue just got on scene. Hang tight.”

Ms Haskins begs with the dispatcher for more details before praying for her husband’s well-being: “Please Lord, please bring him back to me.”

In addition to the 911 audio, the Florida Highway Patrol also released a traffic crash report from the 9 April incident on Wednesday and included details that indicated that the 24-year-old was hit by a second vehicle after he was initially struck by the dump truck. 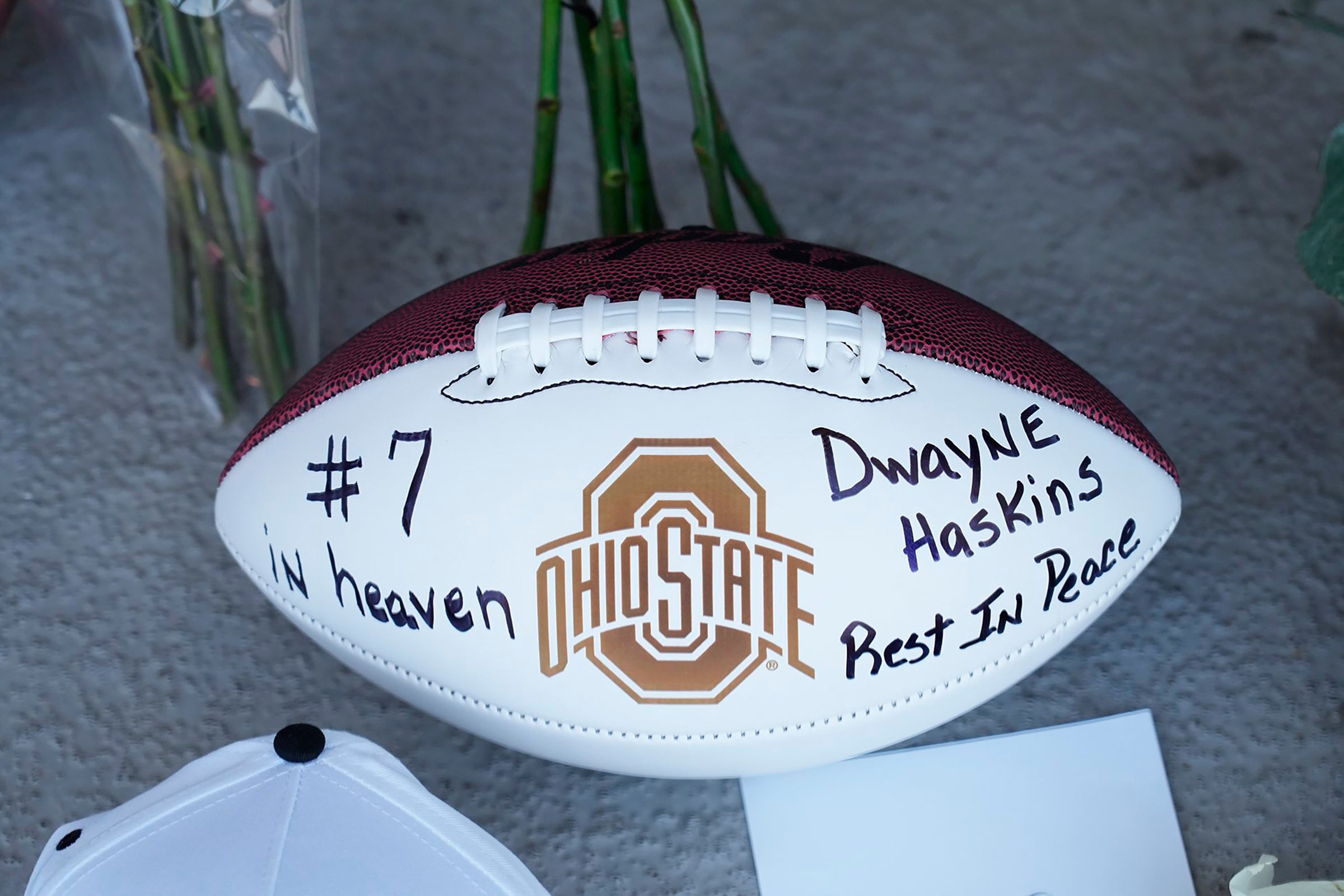 Mary Ellen Curzon-Price of Columbus left this football, roses, and other items at a makeshift memorial for former Ohio State football player and Pittsburgh Steelers quarterback Dwayne Haskins, at a memorial at Ohio Stadium on the campus of Ohio State University.

According to witness testimonies gathered from the scene, after first coming into contact with the truck, Haskins’ body was lying in the active lanes of the highway when a second vehicle, a Subaru Outback, struck him, the report says.

It then notes that the driver reportedly “took evasive manoeuvres by veering left in the attempt to avoid striking” the 24-year-old, but that the car’s right tires “partially” made contact with him.

Both vehicles, the report adds, came to controlled stops on shoulder of the interstate.

In a statement from Ms Haskins following the death of her husband, she wrote about how she wanted the quarterback to be remembered as “more than a great football player”.

“I would like to express my sincerest gratitude to every loving soul who has supported our family during this arduous time of loss,” Kalabrya Haskins said in a statement posted through the Pittsburgh Steelers. “The overwhelming thoughts and prayers have been fuel for our emotional depletion. All of your blessings have been greatly valued and appreciated.”

“My husband was more than a great football player. He had the smile of a rainbow that touched the diversity of so many.”

A funeral service commemorating Haskins is being held on 22 April at a local church in Pittsburgh, his wife confirmed in a statement. Coaches, teammates, friends and family members encouraged to attend to pay their respects.

Haskins starred at Ohio State in 2018, setting several school passing records and being named the MVP in both the Big Ten Championship game and in the Buckeyes’ Rose Bowl win over the Washington Huskies. 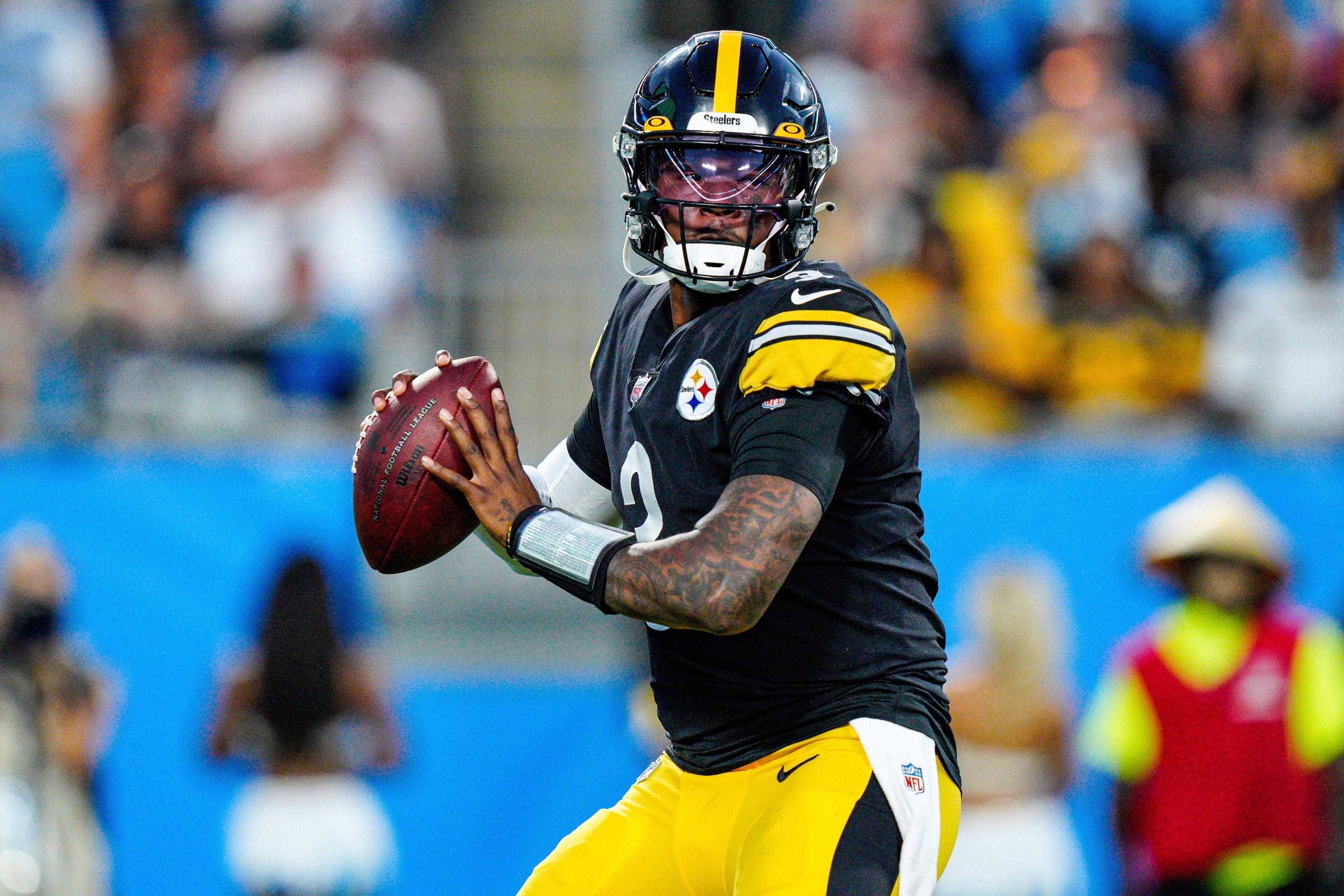 A 2019 first-round draft pick by the Washington Redskins, Haskins was released by the team after going 3-10 over two seasons. He was signed by Pittsburgh as a developmental QB, but he didn’t appear in a game last season.

With files from the Associated Press