The 40-year-old Filipino is looking to defend his WBA welterweight title against the American – and you can watch it all for FREE! 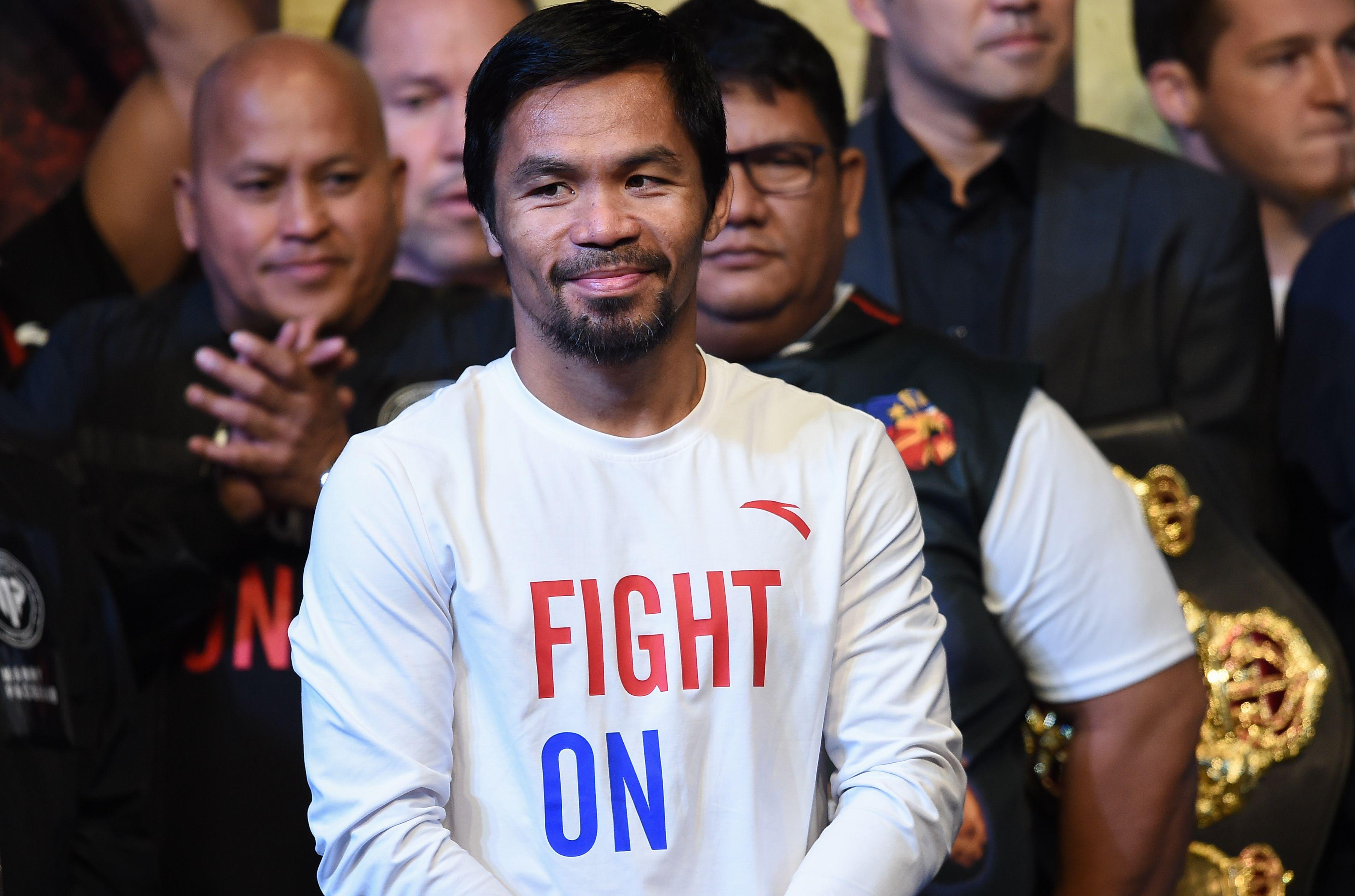 How can I watch Pacquiao vs Broner for FREE?

ITV have announced that they'll be showing Pacquiao's latest fight on ITV4.

The action gets underway on ITV4 from 2am tonight.

That is a free-to-air channel across Sky, Virgin Media and Freeview – providing you have a valid TV license.

Sky customers can go to channel 120, while Virgin Media subscribers will need to head to number 118.

Can I live stream Pacquiao vs Broner?

You can also catch the fight on the ITV Hub, Sky Go and Virgin TV Go.

Freeview's online version, TVPlayer, will also have all the action.

Tale of the tape: How do the fighters compare? 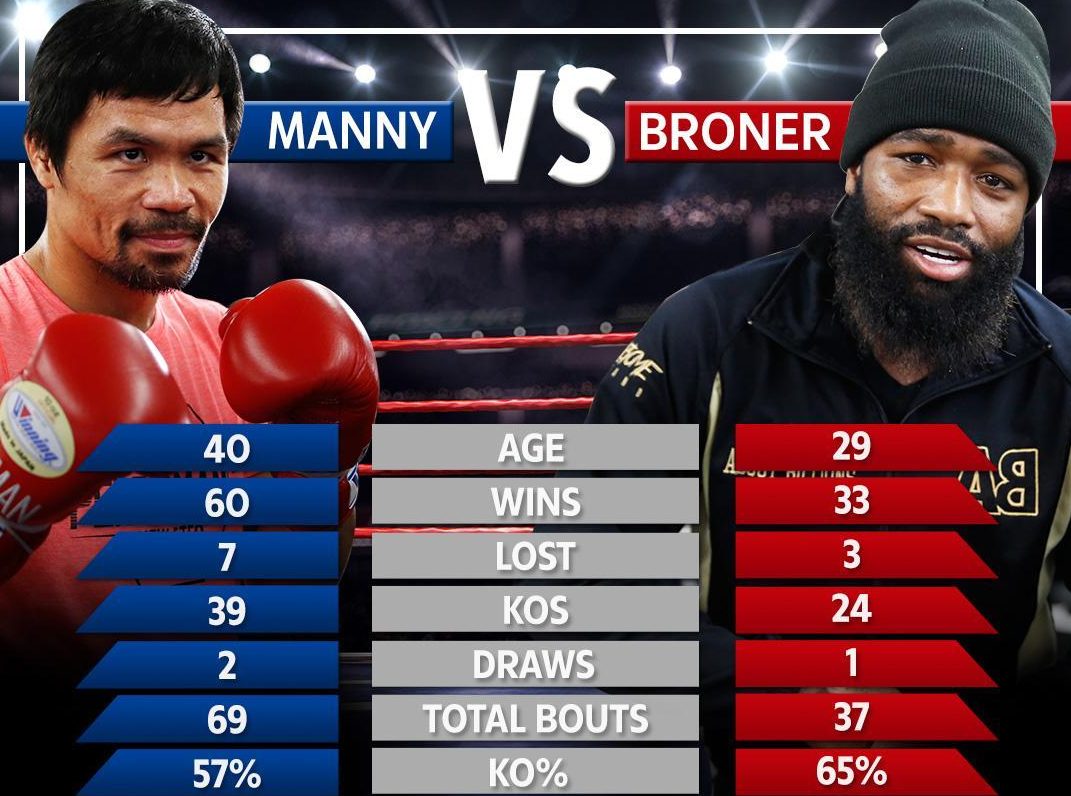 When is Pacquiao vs Broner?

It will be held at the MGM Grand Hotel in Las Vegas.

As such, it is expected the bout will start at around 4am in the UK – that's 10pm local time.

Follow all of the updates with SunSport's live blog…

THESE ARE the fights boxing fans eagerly await – 50/50 bouts with no way of suggesting an obvious outcome.

I believe Broner has the ability to outwork a 40-year-old Pacman, however, he's had the tools to do that to most of his opponents.

Yet slow starts and neglecting his best assets, speed and volume punching, has meant Broner has lost or won unconvincingly.

They suggest, you are only as good as your last performance, in Broner’s case, against Jessie Vargas a familiar lethargic start meant his brilliant work down the stretch meant he could only muster a draw.

For Pacquiao, he knocked out Lucas Matthysse to win a world title, albeit a diluted version, but it showed at 40, and 69 fights old he can still outwork and devastated his opponents.

Broner has the ability and tools to suggest he can win, though, recent performances and results suggest Pacquiao will be too busy for the American.

For that reason, I predict a Majority-decision win for Pacquiao, with Broner’s late working causing the American to feel like he should have got the verdict.

Who is fighting on the Pacquiao vs Broner undercard?